How Bengaluru is helping these 10 startups 'fuel' their manufacturing dreams 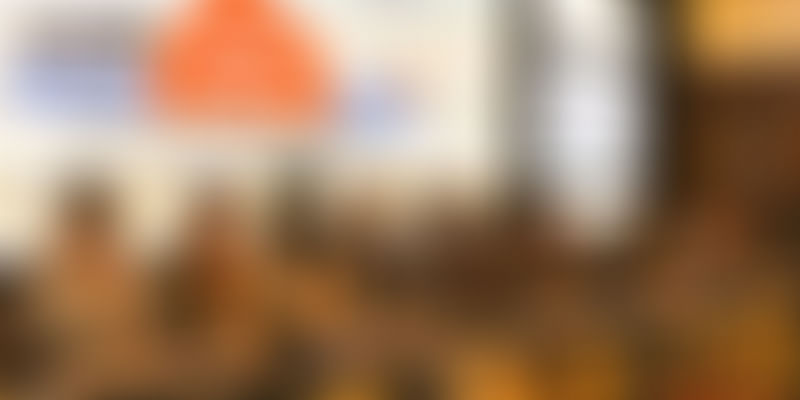 Debarati Sen, Managing Director of 3M India Ltd, set the context of the session and highlighted the manufacturing strengths at 3M. She commended the state government for its efforts with the Karnataka startup cell. The keynote address was by Udayant Malhoutra, MD and CEO of Dynamatic Technologies Ltd, who shared how his venture had started from its humble origins in Bengaluru and is today the world’s largest manufacturer of hydraulic pumps and has made India a part of the global supply chain.

This was followed by a panel discussion moderated by Ravi Gururaj, Founder and CEO of Qikpod.com, and included 10 startups which are directly or indirectly involved in the Indian manufacturing sector. Here are some highlights from the session:

What it does – In the process of manufacturing an electric scooter from India.

Tarun noted Ather Energy had moved to Bengaluru 2.5 years ago and found the city's environment to be conducive. Ather Energy has so far raised about $40 million in funding from a variety of investors, including Sachin and Binny Bansal of Flipkart, Tiger Global, and Hero Motor Corp. He noted that during their fundraising process, they were met with skepticism from investors from different parts of the country but found the investors in Bengaluru to be more forward thinking and ones who understood their long-term goals and vision.

What it does – Stem cell bank that provides proactive and preventive healthcare.

Keeping up with the manufacturing theme of the session, Ravi joked that Life Cell was in the sector of 'manufacturing human beings' with their services like umbilical cord banking and prenatal screening. Mayur noted that they preserve stem cells right from when the child is born, by collecting umbilical cord blood, for potential future use where stem cell transplants happen.

While Life Cell is more than a decade old and is funded by Helion Venture Partners, Mayur mentioned that they had moved their operations from Chennai to Bengaluru about two years ago.

What it does – Leverages autonomous robots for intelligent warehousing.

Launched in 2016, ARK Robot was among the winners of Make In India contest in 2016 and also has its assembly setup in Bengaluru. They are looking to automate the workforce in the e-commerce sector and also factory floors and let the human workforce focus on other tasks that needed human skill. Currently consisting of a 30-member team, Rajesh noted that they have been able to effectively leverage the Bengaluru startup ecosystem to their advantage and also gain from the engineering talent from all over the country that is moving to the city.

What it does – Last mile delivery of tea and also automation through IoT-enabled tea dispensers.

Amuleek realised that 'tea is a state of mind' and has a strong emotional connotation in India. He estimated that an average Indian spends about Rs 106 on tea per month in India, while Southern and Western India have the highest spend of Rs 146 per month.

Chai Point's focus is on the last mile experience by being able to deliver chai quickly to consumers in a heat retaining biodegradable flask. Less than a year ago, they launched a fully automated IoT-enabled filter coffee dispenser. Chai Point is an omni-channel company and Amuleek noted that they are grateful to have started out of Bengaluru and leverage the tech ecosystem on offer.

What it does – Provides realtime, remote cardiac diagnostics with their wearable devices.

Anand noted that they bring advanced cardiac diagnostic tools to small hospitals, which otherwise can't diagnose specific cardiac issues. With this solution, which can be performed by a nurse, Cardiac Design Labs is able to decrease the load on big hospitals as well.

An Embedded systems engineer by qualification, Anand said that the ecosystem has been supportive and that he is able to have interesting discussions with senior cardiologists who don't question his background of not being a 'qualified-expert' in the healthcare space.

What it does – Taste-led digital personalisation.

Kumar joked that while they don't manufacture products per se, they are in the sector of consumer taste and manufacture 'insights' through their platform. While Crayon Data is headquartered in Singapore and has a centre in Chennai, Kumar is based out of Bengaluru, but is able to work effectively with his distributed workforce spread across the world.

What it does – Industrial Internet of Things (IIOT) venture to better manage shop floor performance.

A six-year-old startup, Kiran noted that Entrib was started with the vision to combine software and manufacturing and help Indian manufacturers. Their product Shopworks gather data provides analytics and help improve productivity on the shop floor. Bootstrapped so far, Kiran added that their journey has been interesting with over 20 customers and over 40 deployments.

What it does – Leverages Artificial intelligence (AI) and IoT to make ATM cameras 'smart'.

Having worked in Silicon Valley earlier, Navaneethan said that they have been able to easily reach a global customer based sitting out of Bengaluru. He added,

What it does – A semiconductor, electronic design company that has expanded into all phases of silicon realisation flow.

Jei noted that Black Pepper which is headquartered in Koramangala, Bengaluru, strongly believes in democratising innovation to ensure it doesn't happen in just the four walls of corporate offices. So with his firm's product design capabilities, Jei aims to help innovators from any walk of life and make them commercially viable products.

Represented by A Vaidyanathan, Founder and Managing Director.

What it does – Monitors air quality through IoT sensors.

Based out of Bengaluru, PAQs provides technology to improve health and comfort of both individuals and communities through personal air monitoring and broader community-based solutions (like smart city projects), respectively. Vaidtanathan noted that PAQs leverages wearable devices and sensors to sense property of air, communicate it to the cloud real-time, do analytics on the data and then provide value-added services. PAQs has deployed their solutions in Jaipur, Ahmedabad and other smart cities across India.

The session ended with an interactive Q&A with Priyank Kharge, Hon’ble Minister for IT & BT, Science & Technology & Tourism, Government of Karnataka. Kharge asked the panelists and audience to share inputs about the roadblocks they are facing while starting up and requested them to share thoughts and feedback on how the Government could improve further. Some of the topics discussed were:

Speaking at the session, the Minister said

The state has one of the largest and best functioning startup ecosystems in the country and the drive towards manufacturing startups is highly critical to achieving the vision of ‘Make in India’. The State is keen to see more startups succeed and is doing their best to help startups in the idea stage.