Meet Mishi Choudhary, the only lawyer to appear in Indian and US Supreme Courts during the same term 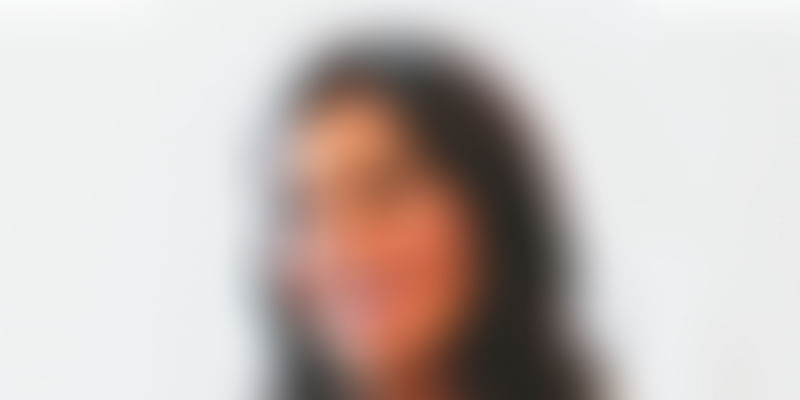 Digital rights activist Mishi Choudhary who has been leading the fight to preserve net neutrality also balances a flourishing law career on both sides of the world.

Before starting with my article on Mishi Choudhary, a technology lawyer and digital rights activist, I check out quotes on lawyers on my favourite database. Out of the hundreds of quotes on law and lawyers, not even one is positive or appreciative of the profession. How tough it must be to be part of a demanding profession, which is the butt of jokes and derision in the popular mindset, I muse. Thus, I take on the tough task of not just doing justice to a top-notch woman lawyer’s professional journey but also attempting to redeem an entire profession in the eyes of the reader.

I pose the query to Mishi herself, seeking her opinion on why her profession attracts much prejudice and is generally perceived as an unbecoming career option for women. Mishi says, “The problem, at least partly, lies in how the profession is portrayed on television and in movies. If you look at American shows, there is a fair amount of research that goes into them, to ensure authenticity, which is not the case with Indian movies and television. A pleasant exception was the movie Shahid.”

On the list of 21 young leaders building Asia's future

Thirty-seven-year-old Mishi has an LLB degree and a Bachelor’s degree in Political Science from University of Delhi, as well as an LLM degree from University of Columbia. A member of the Bar Council of Delhi, Mishi is licensed to appear before Supreme Court of India, all the State high courts in India, in State of New York, and before Southern District of New York.

After practising as a High Court and Supreme Court litigator in New Delhi, Mishi founded Software Freedom Law Center (SFLC.in) in 2010, with two autonomous units in Delhi and New York. At SFLC, Mishi is the primary legal representative of many of the world's leading free software developers and non-profit distributors, including Debian, The Apache Software Foundation, and OpenSSL.

Under her leadership, SFLC.in has become the premier non-profit organisation representing the rights of Internet users and free software developers in India.

Mishi is the only lawyer in the world to simultaneously appear on briefs in the US and Indian Supreme Courts in the same term. She consults with and advises established businesses and startups using free software in their products and service offerings in the US, Europe, India, China and Korea. No surprise then that in 2015 she was named one of the Asia Society's 21 young leaders building Asia's future.

"At SFLC.in I lead a razor-sharp, quick-witted team of lawyers, engineers and policy wonks -- they are awesome! I also run a private practice that advises technology businesses under the name of Mishi Choudhary & Associates. My family lives in Delhi and Mumbai. I spend my time collecting air miles while travelling between both my home bases – New Delhi and New York. Call me if you want to be an air miles pro."

Her father was the one who suggested that law would be the profession most suited for his daughter. During her college years and during the initial struggle establishing herself as a litigator in and around courts in Delhi, Mishi discovered that she wanted to do more than just getting paid by clients. “I wanted to pursue justice in the society with words. I worked on many Intellectual Property Rights matters and could not help but wonder about its impact on access to medicines, freedom to share and Indian education culture in general,” she explains.

Mishi’s love for travel saw her pursuing a certificate programme in American law from Universiteit van Amsterdam, after which she joined Columbia University School of Law in New York. There, she met Professor Eben Moglen, who encouraged her to combine her love and training of technology, civil liberties and law as a way of life.

As one would expect, Mishi has several significant achievements under her belt. She established SFLC.in in India to safeguard the rights and interests of Internet users and free software developers in India and this is a milestone that will always be very close to her heart. She is equally proud of contributing to the free and open source movement worldwide.

Mishi was one of the lead counsels for a writ petition challenging online free speech in India, in the Shreya Singhal v. Union of India case, representing a commercial client, nevertheless arguing about freedom of speech and expression online. The Supreme Court delivered a landmark verdict in March 2015, declaring Section 66A of IT Act as unconstitutional, a major victory that safeguards all Internet users and Internet businesses in India.

A meaningful and cherished victory was Telecom Regulatory Authority of India's (TRAI) order in favour of net neutrality, achieved by the SaveTheInternet.in coalition, of which Mishi was a part.

Another feather in the cap was convincing the Indian Patents Office to reverse its stand and reject a set of new computer-related inventions guidelines published in August 2015. If these guidelines were kept in force, India’s emerging tech startup community would have been deprived of opportunities to innovate.

Mishi’s takeaway from all her travels over the years have been that in the end people are all very similar, with similar dreams, hopes and expectations. Food is different, details are different, but people are the same, opines Mishi. “Between hotel rooms and meeting rooms, I enjoy experiencing a new culture through food,” she adds. Travel has also helped expand her perspectives and made her a lot more patient.

On the differences in the work culture between India and the US, Mishi says, “There is more of an environmental predictability in the US. For example, if a public office informs you that a document will come through in 30 days, it usually comes through in that time period. In India, there is less control over such factors. On the other hand, Indians are extremely hard-working, and need more work-life balance and have to learn to switch off during weekends.”

Mishi feels the perceptions about women lawyers is slowly but surely changing. She has herself worked alongside several inspiring women litigators, and sees a heartening trend of young women lawyers who aspire to be part of the law-making process itself. There are also options like corporate law that work well for women who are looking for a career where they do not want to compromise on their work-life balance.

“If more women come in, perceptions change. We have had women in our team who leave early to pick up their kids from school, we had a colleague who brought an ailing pet to office, we have had men taking paternity leave to care for their newborn. Along with the good work we do, we take a lot of pride in our work culture,” Mishi says.