'The next decade will be the best for SMEs,' says Power2SME CEO R Narayan 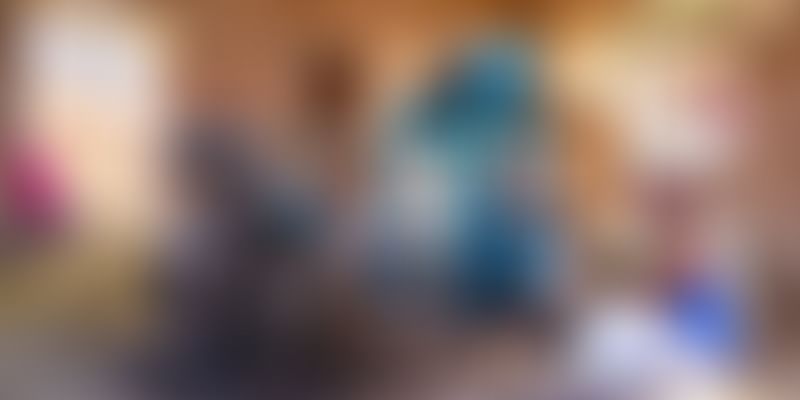 During the liberalisation era of the 1990s, India had a chance to jump onto the manufacturing bandwagon rather than moving towards the service sector. But India chose the latter. Today, more than 50 percent of our GDP is based on servicing businesses, and around 17 percent is powered by the SME sector.

Despite many blows, including demonetisation, SMEs have managed to power through this fiscal year. Manufacturing SMEs alone cover 7.5 percent of India’s GDP, and with the current government focusing on manufacturing through campaigns such as Make in India, there is tremendous potential here.

In fact, five-year-old Power2SME – a Gurgaon-based online buying platform that caters to manufacturers for the supply of raw materials – broke even in November 2016, and has started to make a profit. They have already hit Rs1,000 crore in revenue this fiscal year. What made this possible?

SMEs are apparently going through a stronger growth stage. In an interaction with YourStory, R. Narayan, founder and CEO of Power2SME, elaborated on how the SME sector has transformed in the past year and why he believes that the next decade will be the best for SMEs.

For any manufacturing SME, 70–75 percent of cost is for raw material. Every 30-40 days, SMEs need some amount of supplier financing for purchasing. Small manufacturers have limited capital, and offline merchants’ capital assistance processing takes 45-90 days.

Banks and NBFCs lend up to Rs1 crore for them, with a 20 percent interest rate on average. Since Power2SME has partnered with banks, SMEs get 13-15 percent interest when they approach banks through them. Banks do this as digital data provides credible information to help them evaluate these SMEs better and faster.

Ever since demonetisation was announced, the SME segment – just like every other sector – was hit. Narayan says, “We were witnessing a slowdown in the SME space. But SMEs have an ability to get back on their feet quickly.”

Through November and December, payment cycles were affected. While one party might have cash, the other might not – this affects the whole process. “At the time, payments were taking up to 60 days. Now it’s less than 40. It should be 30 in another couple of months,” says Narayan.

The cash aspect of SME business has changed for good though. Narayan explains, “If you have 40 employees on your rolls, and 200 temporary ones, cash will be a problem (due to demonetisation). There is a withdrawal limit of Rs 2 lakh – so daily wage payment is hard. So, SMEs will get more permanent employees – at least half of the not-on-roll personnel will be made permanent - and they will be forced to open bank accounts. Otherwise, there is no way to pay them daily in cash. Workers thus get long term benefits.”

B2C e-commerce has led to people getting comfortable with B2B e-commerce. “Even cars and safety equipment are being bought online. B2C has led the change in consumer behaviour. So, they know that they can buy steel too online,” says Narayan.

But digital transactions have not really benefited SMEs, as there are no wallets for them. Meanwhile, the RBI-enforced cap of Rs 20,000 is a problem, as it is not sufficient for B2B businesses that are running on at least Rs 5 crore a month.

Digitisation still has a long way to go with regard to SMEs. Unlike a B2C consumer who gets loans easily, SME-customers need larger size loans. “It is not very digitised yet, but it will happen from July 1,” says Narayan. Once the GST is implemented, every transaction will start leaving a digital trace.

“In B2B, the transactions aren’t Rs 8,000 transactions, but are lakhs and crores of rupees in value. This digital trail will help create more opportunities for bankers. That will be a radical change in SME lending. We will be trying to promote digital wallets among SMEs in much larger sizes over the next two to three months,” Narayan adds. He believes that the MSMEs who are early adopters will optimise business efficiencies and be able to compete on the international playing field.

Costs increase when you buy products from one state and sell it in another, as multiple taxes are added on to the cost. But all those extra taxes will be wrapped up in the GST. According to Narayan, SMEs will thus be more profitable, or competition will catch up and everyone will bring down prices. “Both are good for the economy,” he says.

SMEs are already quite technologically advanced in financial accounting. The supply chain will also be digitised through the GST. Narayan explains, “SMEs cannot afford to not be tech-competent. Because if they can’t comply with the GST, they will have to shut down the business.” He recommends that the MSME ministry hold special GST workshops for SME players to understand various aspects of the upcoming bill and the kind of technological tools/solutions required to comply with the GST.

From the Union Budget 2017, Narayan is expecting discounted data usage, lower transaction charges for digital payments, and less tax for businesses with less than Rs 2 crore in revenue. He hopes that the Micro Units Development & Refinance Agency (MUDRA) mentor micro and small enterprises on how to optimise existing financial resources.

According to Narayan, the biggest problem that SMEs face is delayed payments. “People often take 90 days to pay, instead of 45. Bounced cheques take two years of arbitrating to settle. The government should ensure that the arbitration is done in 60 days,” he says.

SMEs may not be as glamorous as startups, but they surely aren’t falling behind. If they can power through the demonetisation, empowered by technology, there are surely good times ahead.