With a Rs 195cr fund, pi Ventures looks to invest in an AI-first world 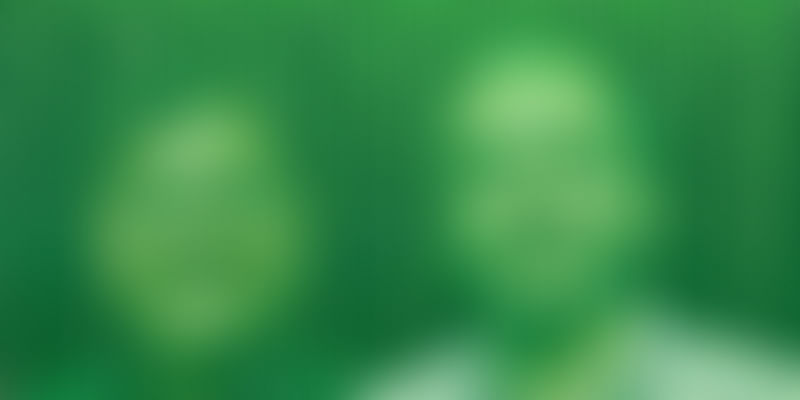 While some foreign funds have slowly withdrawn from India and home-grown funds are tightening their purse strings, a new niche fund, pi Ventures, awakens.

After going through multiple ‘winters’, artificial intelligence (AI) seems to be coming out of hibernation, for good this time. One of the first real-world applications of AI can be traced back to 1950s English cryptanalyst Alan Turing, who developed an electromechanical machine to crack Nazi codes during World War II. He published a paper titled “Computing Machinery and Intelligence,” and is considered by many to be the father of AI.

Some, however, dispute this and consider John McCarthy, who coined the term ‘artificial intelligence’, hosted the world’s first AI conference, and created Lisp, a high-level programming language, to be the father of AI. From being restricted to niche applications in labs and for intelligence agencies, AI’s applications have now become mainstream, impacting businesses and consumers alike.

Speaking at Google I/O 2016, Sundar Pichai, CEO of Google, had noted that the world is going from mobile-first to AI-first. He said,

This is why we built the Google Assistant, which allows you to have a natural conversation between you and Google.

Prisma is another company that shot into the limelight in 2016 because of its ability to leverage a combination of neural networks and AI to transform photos and videos into works of art using the styles of famous artists.

Closer home in India, Manish Singhal, who co-founded LetsVenture, and Umakant Soni, who had founded AI startup Vimagino, decided to join forces to start a new venture fund from India, but with a twist. Unlike other sector-agnostic funds, their aim was to focus on a few niche categories — AI, machine learning (ML), and Internet of things (IoT). Here is the story of pi Ventures, which is in the process of a closing a Rs 195 crore fund and has so far invested in three startups.

While he had always been a techie at heart, Manish noted that his real interest in AI started after he met with people from Locus Technologies, an ML logistics company. Impressed by the team and company, Manish invested in his personal capacity and also joined its board. Intrigued by AI and ML, he started diving deeper into the sector and also signed up on Coursera for a course by Andrew NG.

At the same time, Manish was considering starting up a venture fund of his own. Subrata Mitra from Accel Partners, who Manish considers his mentor, advised him to consider starting a fund with a specialised thesis, and so Manish decided to start an AI, ML, and IoT-focused venture fund with Umakant, a junior from his Alma mater IIT Kanpur, based on a few key insights:

-Data is becoming an integral part of all products. We create and consume a lot of data. The products that succeed in the future will be the ones that use data very well. Currently, ML and AI are considered to be the best methods to make sense of data.

-A specialised broad thesis: Manish noted that 10 years ago investors would generally ask if a company had a .com domain and cloud presence. Five years ago it was mobile presence and within a few years, he believes that ML and AI will also be considered ubiquitous. Manish said,

So it won’t be a narrow technology but broad technology, as every product will leverage AI and ML. So in our mind it was a specialised broad thesis. Some people confuse it to be a narrow focus.

-India’s rapid adoption: While the USA may currently be the world leader in the AI space, Manish has found that India has the fastest curve in its adoption. He noted, “India is a great place for data. It is easily available here and at a lower cost.”

The environment is also right, as large Indian enterprises are now open to working with small startups, compared to a decade ago. About the activity in the AI space in India, Manish noted that if one saw too many AI startups then it would mean they were late to the ‘AI party’. But based on his interactions he noted,

Whether it is winter, spring, or summer, enough stuff is happening in the AI space in India. There is enough critical mass now.

-IOT, the third pedestal: While ML and AI are the main focus areas, IoT plays an important role in the value chain. Manish said that smart IoT devices with its sensors provide actual on-ground data to give ML algorithms the basis to work with.

How does pi Ventures evaluate an AI startup?

Set up in mid-2016, pi Ventures recently announced that it has invested in three startups:

Manish noted that like many other funds, they look at startups that are going after a big market, have a great team and tech-enabled solution. Their niche focus, though, is on applied AI companies. Pi Ventures mainly looks for startups with

Pi Ventures aims to invest in startups at different stages ranging from early proof of concept and product/market fit stages to up to Series A stage. Manish noted that as an early-stage fund they are not likely to participate in Series B rounds and beyond.

With the AI market still in its infancy and abroad, startups will likely have to figure out the best suited revenue models to ensure investors get their returns. Pi Ventures has a nine-year runway to deploy and gain a return on its investments. While ROI is a focus, Manish aims to invest in startups with a clear roadmap for the future. He said that with pi Ventures, he and Umankant look forward to a world where startups will help in making

Pi Ventures also aims to involve itself in community building activities and host a slew of #chAI (AI over a cup of chai) events across different Indian cities to educate people about best practices in AI.

Will AI change the VC game?

On visiting pi Ventures’ website, one is greeted by a quote from Arthur C Clarke’s book, 2010: Odyssey Two. It states,

Whether we are based on carbon or on silicon makes no fundamental difference; we should each be treated with appropriate respect.

Because of the rapid advancements in AI and the dystopian views portrayed by science fiction novels and movies, leading experts and startup founders believe that protocols must be set to prevent AI from being misused or going rogue. To this effect, Elon Musk (CEO of Tesla), Sam Altman (President at Y Combinator), and others had recently set up OpenAI, a non-profit AI research company. With a corpus of $1 billion from the founding team and others like Infosys, the aim is to "advance digital intelligence in the way that is most likely to benefit humanity as a whole, unconstrained by a need to generate financial return...Researchers will be strongly encouraged to publish their work, and our patents (if any) will be shared with the world.”

Patents and proprietary technology are generally the key differentiators for startups. So, on being asked about his views on how OpenAI could potentially impact startups in the short term or long term by creating a level playing field or making it harder to innovate, Manish noted,

My belief is that their work should help the startups rather than stop them. Startups are typically solving applied problems — AI applied to a specific business problem. OpenAI’s open source code model can help entrepreneurs shorten the curve on the basics of AI. Startups can focus more on building/researching on the right ML features for a business problem and then generating relevant insights from them.

With much of OpenAI’s work still not public(or in progress), Manish believes that one will need to see what kind of patents they go after. His guess is that OpenAI will likely try to parent things that could jeopardise humanity if it fell into the hands of business-oriented ventures.

Automation is already claiming jobs in many sectors ranging from manufacturing to Wall Street and everything in between. While realistic looking parodies like 'The AIVC' give us an idea of an AI-powered VC, Manish said that while AI resources will be able to crunch data and make decisions solely on numbers, he doubts that AI can replace VCs as the sector is a people-first business, where people invest in people. Pi Ventures, currently a two-member team, aims to hire a few senior members (humans).