He gave his innovation to govt. for free: Meet the ‘Plastic man of India’ 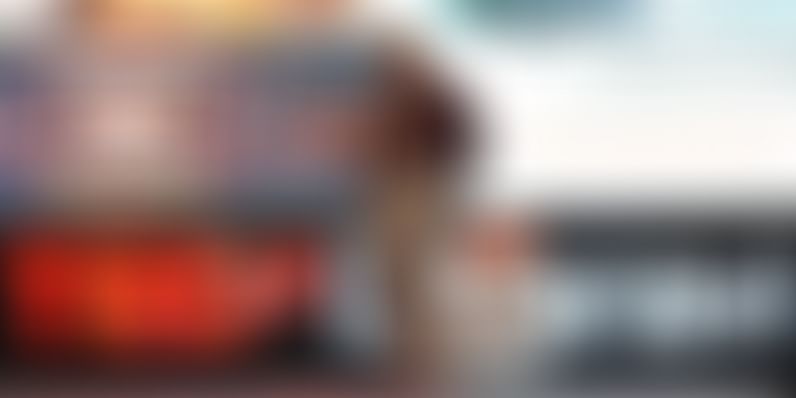 It’s 9.30 p.m. on a Saturday. I have dialled a number and wait for an answer. From the 72-year-old dean and head of the Chemistry Department of Thiagarajar College of Engineering. His ingenious project of converting plastic waste into usable form of tar has caught the world’s attention, so much so that civic bodies from other countries have been keen to buy the technology. Instead, he has chosen to share the technology with the Indian government for free. He finally answers in a smiling voice. For the next few minutes, he runs me through his story; it's replete with instances of hard work, persistence, innovation, and patriotism towards his motherland. Meet Dr. Rajagopalan Vasudevan, the plastic man of India.

Hailing from rural Tamil Nadu, Vasudevan grew up in a modest household. After finishing school in Kumbakonam, a town in Thanjavur district, he pursued his bachelor’s at Madras University in Chennai and went on to do his higher studies there.

He joined a polytechnic college in the city as a professor. His venture into teaching exposed him to the world of research, which increased his keenness to learn more.

My father always told me that it is easy to earn money but it is very difficult to contribute to your country’s growth; these words have motivated me always to do more and be more.

Today, he is the dean of Thiagarajar College of Engineering in Madurai and lives with his 65-year-old wife there. His two children are well settled in their careers. While his daughter is a Ph.D in Psychology with over 40 years of experience, his son is an engineer at Sapient in Bengaluru.

"My family has always been a community of advocates and my parents wanted me to pursue law. They were very upset when I told them that I wished to study chemistry. They tried to persuade me to take up their choice but they had to eventually give up," laughs the professor.

One man’s trash is another’s treasure

Plastics, because of their physical properties, have become a prominent part of our daily life. From polythene covers to bags, cups and what have you, plastic has slowly become a convenient option for a whole range of use and functions. Unfortunately, this has made it one of the biggest contributors to the waste generated in the country as a whole. This problem led Prof Vasudevan to look for options. He says,

"No waste is ever a waste. There’s always a way to find some use for waste. All that it needed is some rethinking, which is more important than the three Rs."

According to the professor, five percent of municipal solid waste is plastic, and finding alternatives for its safe disposal is the need of the hour. The damage from plastic waste is more than one can imagine. If it is not disposed the right way, it penetrates into the soil, contaminates ground water, prevents rain water absorption, and promotes stagnant water, which in turn ends up becoming a hotspot for mosquitos and other organisms. While banning plastic is the easiest way to limit such waste, Prof Vasudevan came up with an alternative. He says,

We produce many things, we use many things but we don’t think about dispersing them and plastic is one such thing. The ongoing plastic ban across the country forced me to think of an alternative.

Since then, Vasudevan has spearheaded more than 17 conferences and spoken at many events sharing his journey and the new innovation. Today he is a consultant researcher to more than 100 firms.

He is the one who knocks

Amidst the numerous questions I threw at him, Prof Vasudevan with his elaborate answers came to my rescue by explaining the execution of this project in simplest of terms to me. According to him, most of the discarded plastic is collected and shredded to a particular size. Aggregate mix and bitumen (it is widely used in road construction, where it is used as the glue or binder mixed with aggregate particles to create asphalt concrete) is heated to over 165 degrees. This mixture is then added to the shredded plastic. This mix when mixed with hot bitumen can be used for the construction of roads. Vasudevan says many other products can be added to increase the quality of this mixture, such as fly ash. This eco-friendly method produces no toxins unlike the frequently used method of tarring.

Repeated tests conducted on these roads have proved their strength. These roads are not just water resistant, they can also withstand more load. On top of everything, these roads require very little maintenance .

Once Vasudevan went live with his idea, he first implemented it on the road inside the campus of Thiagarajar College of Engineering. Today, this idea has been adopted by many towns and cities across the country. These include Kovilpatti, Kothamangalam, Madurai, Salem, Wellington, Chennai, Puducherry, Hindpur (Andhra Pradesh), Kolkata, Goa, Shimla, Thiruvananthapuram, Vadakara, Calicut, Jamshedpur and Kochi.

I Tamil Nadu alone, more than 1,200 km of plastic roads have been built covering more than 29 districts under the District Rural Development Agency. Today, more than 12 states are successfully implementing his idea. In 2015, the central government made it a rule for road developers to utilise plastic waste in road construction within 50km radius of any city with a population of over five lakh..

Amid all this, what struck a chord with this writer was his constant gratitude towards the almighty for this feat. He said,

Earning money is not the only thing, we all must leave behind a legacy that is worth remembering. My family and the almighty have been extremely kind to me and none of this would have been successful without their support.

All these emotions are not just empty words; he refused to share the technology with the governments of Japan and China which approached him with an attractive offer. At the same time, Vasudevan gave the technology to the central government for free. Applauding his feat, then President A.P.J. Kalam took a personal interest in the initial stages of the project. Recently, the professor was felicitated by Prime Minister Narendra Modi as well.

At the TEDx Dharavi, Mumbai recently, when asked about his experience as a dean working with GenX, Vasudevan, with excitement and energy, said,

Of all the things I do, I like playing the role of a teacher. It is interesting to know their (students') ideas. A lot of them need mentorship and right motivation and am glad to do my bit.

As we come to the end of our conversation, I am happy to realise that the story of Vasudevan is not about innovation, hard work, and success; it's also about modesty, humbleness and a constant urge to learn.