“She remained the earning member till the end” – Looking beyond beauty into Madhubala, a spirited personality 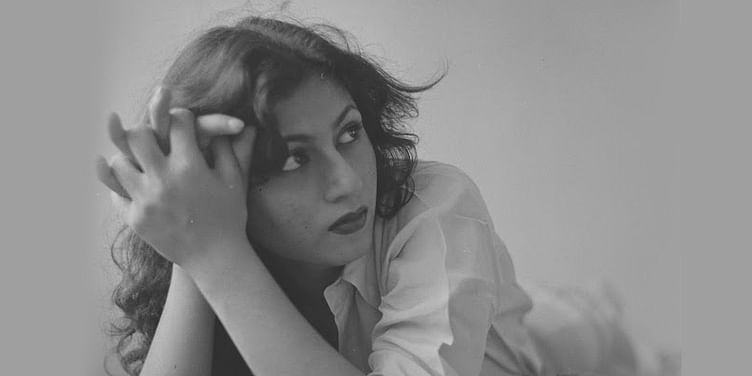 When a hot-headed and proud Ataullah Khan, refusing to bow down to his employers at the Imperial Tobacco Company, lost his 15-year-old job, he brought his little fleet of daughters to Mumbai. Among them was a plump, seven-year-old Mumtaz, who the world came to know, and still remembers, as Madhubala. The young girl, even before she was enchanted by the film studios of Mumbai that her father frequented in search of a job, always wanted to act. She would turn on the radio and twirl and dance to the mirror.

She got this chance when her father, unable to find work, let her act in Bombay Talkies’ Basant. Not too ecstatic about it, Khan saw no choice in the matter as, “I had 12 children. We would’ve starved to death. I’ve lost my sons who could’ve been my support,” and as Madhubala’s youngest sister, Madhur, recalls, “She remained the earning member till the end. All that we are today, we owe it all to her.”

And so, at the tender age of nine, Madhubala became the sole bread winner of her family. By most, she is remembered as ‘The Marilyn Monroe of India’, and ‘The Venus of Indian Cinema’, and of course, as the most beautiful face cinema has ever seen. All of this is true, no doubt, but very much like the make-up that made her uncomfortable after shoots, these titles have disguised the real person behind this beauty. She had often remarked, “Once I have finished work at the studio, I don’t want to be Madhubala, the star.” So today, when she would have been 84 had she not died young, we do her the honour of looking at Madhubala, not the star, but the person.

The timid girl who revered her father

Atullah Khan was a disciplinarian and extremely protective of a daughter ‘exposed’ to the world of cinema, a trait for which the media tagged him a villain. Madhubala would begin a day’s work at nine in the morning and would return at six in the evening each day, no questions asked. Her sister remembers her as very obedient as she would never resist his objections to her attending premiers and functions. As a result, she was rarely seen in public, which added a mystique around her personality, feeding the craze about her.

She did, however, find small ways to defy her father. She admitted to having learnt how to drive at the age of 12, without letting her father catch the wind of it. Driving was something she later continued to find pleasure in as she would often take her sisters to watch films.

Her sparse appearance in public cannot be pinned on her father alone as Madhubala was a person who could easily get uneasy in large crowds. When asked if she would appear at the premier of Amar, she replied, alarmed, “I can’t, I’d be scared to death!” Although very much aware of her own beauty, she saw herself as a “normal, average girl,” who liked being treated as such.

The one with the funny bone

She is remembered as a sensitive person by family, tears always at her beck and call. But she would also laugh easily. Shoots would have to be halted as at times, she would not be able to control the fits of laughter once they were triggered.

She would also find things to laugh about as there was a prankster hidden beneath that beauty. Her sister recalls a particular incident for Cineplot which had to be quoted for its vivid imagery – Once “we hit a traffic signal and a very conscientious policeman. She quickly put her burkha down and said, ‘Watch the fun’. He came over and said, ‘How are you driving with your burkha on? You could meet with an accident’. Madhu appa pretended to act cheeky. ‘Aap kaun hote ho bolne wale?’ The policeman got angry, took down the number and demanded she lift the veil of her burkha. She replied, ‘Chaunk jaoge agar main aapki request maan loongi. Aap kahenge, jaiye ji jaiye,’ He was adamant, so she slowly lifted it, starry style. We left him gaping on the sidewalk blubbering her name, while we were in splits.”

The hard-working, strong-willed woman who loved her work

Madhubala, from a father she respected, imbibed a sense of discipline and punctuality. On one occasion, she arrived at the sets, despite heavy rains, only to find the doors closed. She waited for half-an-hour before returning. This work ethic came easy as she loved her work. When people, as they often did and often do, suggested she ought to get married, she replied, “But I am too busy right now, too much in love with my work.”

One could even say she was a workaholic of the black-and-white era as she found she “must work. I would be miserable if I didn’t. Even if I take a holiday, I must find something to do or I’ll go crazy.” Because of this love for work, she hardly found the time to spend with her sisters. And considering that she didn’t spend much time away from the sets and home, she had few people to call as friends.

Although a sensitive soul, she carried a will of iron. She picked up the shattered pieces of hope not once but twice, in the short life that she lived. Her sister, who saw her walk through a tragic love life, and who heard her desperate pleads to live when she was given the final hour to live, holds her in the highest regard as she “defied that medical prediction and lived for nine years more.”

The one tune that trails behind my memory of Madhubala is of Aaiye Meherbaa which filled the languid air of Sunday mornings through Doordarshan; and I think leaving that tune behind and the image of a shy, flirtatious, enigmatic woman is the best and only conclusion there can be to this piece.