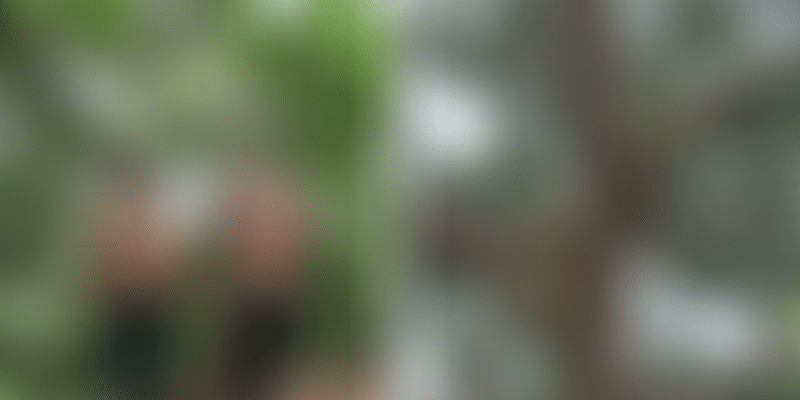 Two high school teachers from Perla in Kasargod district have successfully converted 16 acres of barren land into a forest.

Two high-school teachers from Perla in Kasrgod district converted 16 acres of barren land on a hill behind the school into a lush green forest with thick patches of vegetation. This effort demonstrates how persistence and a deep commitment to bringing about improvements in the environment through community effort can result in positive outcomes.

Shree Padre ji, better known as the rainwater man for his pioneering work on farm journalism and documentation of traditional water harvesting methods for water conservation, takes us to this school to meet the two teachers.

Shivkumar, the Headmaster, and Prakash, a teacher, at the S. N. High School at Perla, always noticed the vacant and barren mountainous land just behind their school premises and often wondered of doing something about it.

They came upon an idea and decided to plant trees available with the forest department with the help of NCC students from their school. Initially, only the students were involved and later the community joined to form a plant club. However, just planting trees wasn’t enough. They had to make sure that the plants survived as the land did not have any compound and it was easy for anyone or even animals to destroy the plants.

They initially started with Gliricidia plants that act as natural protectors of the soil and were useful for converting infertile soil to good quality through soil building. Once the quality of soil improved, it was found that other types of trees such as Colocasia and Banyan started growing, which indicated that the quality of the soil had improved and the forest was gradually being established. The whole initiative took them 10 years and the results speak for themselves. Their hard work and persistence have paid off and the barren area has now been converted into a lush green forest with occasional very thick patches of vegetation.

Recently, they have also started growing amla and cashew trees successfully on a small section of the land and they plan to start an open air school and an open-air theatre in the lush green shade of the forest.