Stop the next disaster from happening! JaagoRe 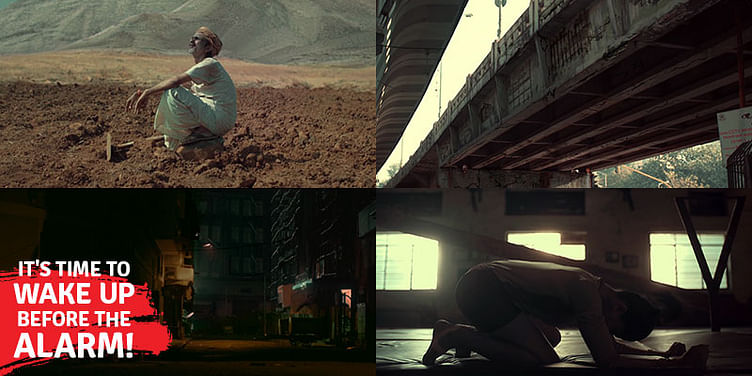 This article is sponsored by TATA Tea.

A builder has been given permission to cut down more than a hundred trees in your already polluted city, a sexual molestation case comes to light in your immediate neighbourhood, a child falls into an open manhole, or a talented sportsperson is injured owing to lack of adequate training infrastructure.

These are more than stories. These are real-life tragedies, and yet we have become used to these headlines because we see them so often. Occasionally, something outrages us enough to take to the streets to protest and draw the attention of the powers that be. But more often than not, we read about such situations and post an outraged update on our preferred social media channel or start an online petition.

Social media is now the new soapbox where we react to disasters in each of the above scenarios. The minute a topic is trending, we don’t hesitate to let the world know what we think. It’s genuine concern, but its impact is limited.

TATA Tea’s Jaago Re initiative drives the idea of pre-activism. As concerned citizens, we need to prioritise social issues that can be potentially harmful to society, and to prevent something drastic from happening in the near future. Pre-activism is all about acting today, instead of reacting tomorrow.

Read more about the Jaago Re campaign.

To a large extent, most of us are aware of the problems that surround us, but we choose to ignore them. Even something as simple as an open drain on our daily commute, or the increasing mound of garbage in the vicinity of our homes. Apart from the lack-of-hygiene aspect, there are more serious disasters waiting to happen – a child could fall into the manhole, or someone could contract an illness because of the disease-carrying insects around the heap garbage. Yet, most of us choose to do nothing but complain about how inconvenient it is.

Take the unfortunate series of farmer suicides that have taken place across the country – the number keeps climbing up every year. We know the problems they face and even the solutions to many of them. But how many of us are actively involved in pitching in with these solutions, other than posting online updates to create awareness?

Every time India finds a budding new sportsperson who has the potential to do well with more support, inevitably there are those that denigrate the concerned sports body for having mistreated them. Instead, why not raise our voices beforehand to demand better conditions for our sporting talent so that we don’t hear such stories.

Similarly, demanding and getting better infrastructure and increased security on a regular basis, rather than every time an assault comes to light, will be more impactful for women’s safety.

Let’s not wait for a tragedy to strike to express our outrage. Let’s not wait for others to make things better. Let’s be a lot more sensitive and empathetic to long-term problems that need solutions today! Let’s be the change we want to see. It’s time to stop sleeping. It’s time to wake up before another crisis strikes and act today. Alarm Bajne Se Pehle Jaago Re!