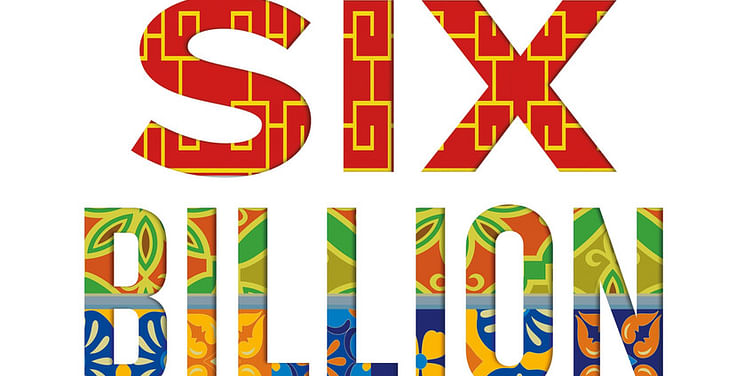 Author Porter Erisman believes e-commerce can unleash the entrepreneurial potential of India and lift millions out of poverty, just as it has in China.

As one of the earliest non-Chinese employees of Alibaba, Porter Erisman has seen the e-commerce industry evolve in China. He worked as a vice-president at Alibaba Group from 2000-2008, joining the company just as it moved out of founder Jack Ma's apartment. He is the writer and director of Crocodile in the Yangtze: The Alibaba Story, an award-winning documentary about the rise of Alibaba and its famous founder. Erisman is also the best-selling author of Alibaba's World: How a Remarkable Chinese Company is Changing the Face of Global Business.

Porter recently launched his new book, Six Billion Shoppers, which as the name suggests talks about the huge opportunity e-commerce presents in the developing world.

Having interacted with e-commerce industry pioneers in various emerging markets, Porter wanted to highlight the boom in emerging markets so that entrepreneurs and policymakers could understand how to harness its benefits and create economic opportunities at the grassroots.

“We’ve all seen how e-commerce has transformed China’s economy to lift millions out of poverty. This boom has now spread to India and other emerging markets. So I wanted to explain how it has developed in these markets and what the likely future trends are,” says Porter on the motivation behind his latest book.

He adds, “The book was an excuse for me to travel to India to learn more about the e-commerce boom there. India has become the most exciting e-commerce market in the world and I wanted to see what lessons from my time at Alibaba might be applicable in India.”

Porter’s goal with the book was to make it relevant for anyone interested in how e-commerce will transform the future of emerging markets - entrepreneurs, CEOs of large companies and policymakers.

To explain how e-commerce is developing, he travelled the world to talk to e-commerce pioneers. The book is part travelogue, part business journalism, and he wants to explain not only what is happening in these large e-commerce markets, but why e-commerce is developing in a unique way in each market. For example, in China, the book talks about a two-month bicycle ride Porter made through the countryside and what he learned about Chinese culture and how that relates to e-commerce. In India, he embedded himself with the Mumbai dabbawalas for a day to understand the logistical issues India’s e-commerce players face. And in Nigeria, he travelled to Lagos to understand how e-commerce companies are trying to build trust online.

The book begins in the US, explaining how e-commerce developed in Western countries. The author then takes readers to China, India, Southeast Asia, Latin America and, finally, Africa.

“My hope is that the book gives a good overview of each market and highlights lessons that can be shared across all emerging markets,” Porter shares.

Six Billion Shoppers has two chapters on India. When he was here, Porter interacted with pioneers of the Indian e-commerce industry like Baazee, Flipkart, Snapdeal, Paytm and Shopclues.

“The lessons from India seem to be the same as everywhere I visited. The early history of India’s e-commerce industry in India, just as in every other market I write about, is defined by failed attempts to replicate the US business models of eBay and Amazon in the local market. The US models simply didn’t fit a market like India, where the infrastructure was still very inefficient. But Indian entrepreneurs have learned from the mistakes of the early 2000s and e-commerce in India is finally getting the formula right,” says Porter on his takeaways.

“The exciting thing is that while e-commerce has been a retail job-destroyer in the US, it will overall be job-creator in India. If the bureaucracy and regulations don’t stand in the way, e-commerce will unleash the entrepreneurial potential of India and lift millions out of poverty, just as it has in China,” Porter signs off.