Are VCs missing out on a huge India opportunity? 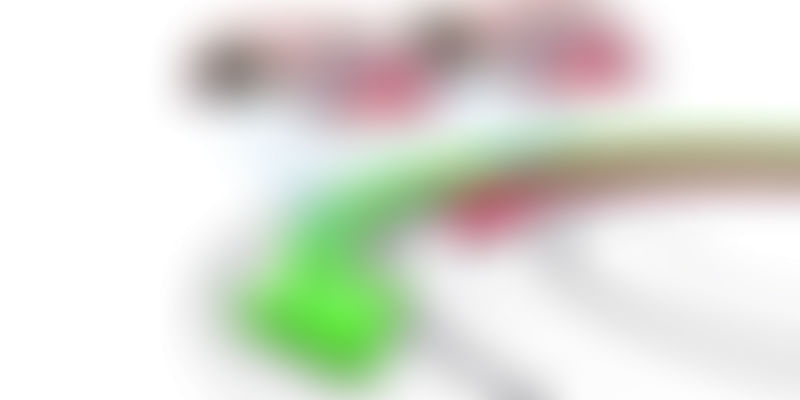 Is it possible to thrive financially, while benefiting society? Investors seem to be warming up to this idea, but very slowly.

Are venture funds missing the wood for the trees in India? Even while there is a buzz around a suspected slowdown in startup funding, the amount of money sloshing around is large. But how much of an impact is it having, and why is the average Indian not being affected by it? For that, you have to pause and take another look. What do you see?

I see a lot of capital getting ploughed into companies that help us order food, use a directory service, book a cab, or provide relocation services. I see some of the best talent in our country working on solutions that make more people click on ads, but I hardly see funding in areas that can actually touch a billion people, create economic growth, lift India out of mediocrity and yet, make huge returns — just the way any investor likes it.

Sure, one needs to maximise returns on one’s fund, but there are several other avenues. Impact investing is one of them.

The potential of social businesses in an economy like ours has huge implications. The scale is pretty evident and the market gaps are humongous.

Executed well, social businesses in healthcare, education, civic improvement, agriculture, etc. could not only give multibagger returns but also have immense implications on the economy.

Having worked in the funding business in both commercial and social enterprises, I have had a ringside view of the addressable market, business models, scalability, talent, and impact measurement. My takeaway has been that opportunities exist, but these founders are not your typical MBA-degreed, PowerPoint-toting evangelists or Excel-wielding warriors. What they need is an investor who understands their mission patiently, and plays a supportive role throughout.

The real market lies in wider India, outside the large urban centres. Ritu Verma, CEO of Ankur Capital, said, “A lot of these businesses are catering to the top cream of the Indian population, but there are 700 million people who are part of a not-very-efficient market and will benefit from impact investing. We are focusing on that.”

One of the major criticisms of the typical VC model of investment has been the monochromatic nature in which they approach investments, businesses, and problem-solving. As Saurabh Srivastava, a co-founder of Indian Angel Network (IAN) and Nasscom, said in an interview with The Times of India, “The problem with VCs is that they are finance guys, not entrepreneurs… They know how to raise money. Kleiner Perkins is very successful in the US because they don't have finance guys but only entrepreneurs as VCs. The finance VCs follow the model of feed the winners, starve the losers. They do so because they can't help the entrepreneur…”

When I put the same question to Kartik Desai, Executive Director at Asha Impact, he said, “It's certainly true that many VC fund managers come from a finance background, have limited empathy for the challenges faced by entrepreneurs on the ground, and often seem unaware of or unimpressed by investment opportunities beyond what they see other funds doing.”

But let us step back a bit and see exactly what impact investing is. It is nothing but financing businesses that deliver a strong social impact. What remains unchanged is that for the funder, these businesses have to be scalable, sustainable, and provide decent returns. Ritu points out, “We look at very early stages of businesses and disrupt markets and bring in efficiencies and benefits. We are looking at agriculture, health, education.”

Could it really be possible to thrive fi­nancially while benefiting society? This is a question that both philanthropists and commercial investors are increasingly answering in the affirmative. Also, they are progressively deploying substantial funds, as well as their valuable management know-how, to for-profi­t social enterprises providing basic services to low-income and underserved populations.

It is a misconception that impact sector ROIs are poor. Ritu adds, “What has done well is digital penetration. Information flows and asymmetry limits these markets. There are opportunities in sunrise sectors, which are far away from the herd mentality of VC models... I don’t agree that the impact sector ROI is poor. You have to figure out a way to attract them (LPs). What is needed is the enabling infrastructure. The opportunities for growth in some of these sectors are very high. In agriculture, change and adoption of tech is high. Sometimes there are larger opportunities here. Somehow they might not fit the VC template, but there are billion-dollar cash-positive industries and not only on paper. But the time frame (of investment) might be longer.”

However, impact investing activity has been picking up in terms of the amount of money that is being invested. I also had the opportunity to catch up with Smarinita Shetty, co-founder of India Development Review, which is arguably India's first digital platform for thought leadership, strategic thinking, lessons, and insights on the country’s development sector. Smarinita says,

“The volume of activity has picked up from $600 million in 2014 to about $1 billion in 2015, but there aren’t too many new people entering the space. It’s the older impact investment funds raising more money.”

One reason could be that for mainstream VCs, impact investing as an asset class doesn’t fit within their business model framework. VCs normally operate on what is known as a 2:20 model (2 percent fees, 20 percent carry). For that to make financial sense to the VC, the fund size should be at least $20 million. The team can then be paid $400,000 (2 percent of $20 million). But then, assuming that these VCs do find LPs who are impact investors, they will have to do a huge number of deals, given that the average investible opportunities are in the range of $50,000–$200,000.

That in itself presents a new problem — the 2 percent fee cannot sustain the team size needed to source and manage such a portfolio. (A $20 million fund will have to do anywhere between 40–100 investments to exhaust its fund. Furthermore, assuming that you have to give a 3x return to the LPs, you need to bet that this $20 million portfolio will command a valuation of $300–$400 million. That’s because with follow-on investments the Impact Investor’s shareholding could fall to about 15–20 percent.)

Smarinita says, “The kind of players you do see are the ones who have been around for a while, who started typically by investing mainly in microfinance (which has seen scale and hence larger deal sizes and also exits) and only now have moved into places like education, agriculture, and livelihoods to test the waters here.”

Additionally, there is another nuance that one must take note of — the lack of an ecosystem that makes the scaling of these opportunities viable. For example, a housing developer in affordable housing for low-income groups may be able to procure land and design and build houses. But the end customer would be a low-income individual with poor access to finance and who lacks the requisite paperwork. In the absence of an enabling housing finance mechanism, such a developer won’t be able to build the affordable housing business.

Smarinita adds, “An entrepreneur in the impact sector not only has to incubate and build her business but also has to worry about how to build the value chain, which could inhibit scale. This is why you will see most investments go into places that are more established — financial inclusion, solar energy/clean-tech, where different parts of the ecosystem have already been built.”

Impact investing may be a relatively new phenomenon, but it has caught the attention of capital providers, corporations, governments, and the public alike for good reason. There is enough demand among both angel and later investors to see a good pipeline of deals. This is because not only will it make economic sense but also add to economic value. What we need now is more funds that will take it upon themselves to build capacities and look beyond the typical hotspots of Bengaluru, Hyderabad, NCR, Pune, Chennai, and Mumbai.