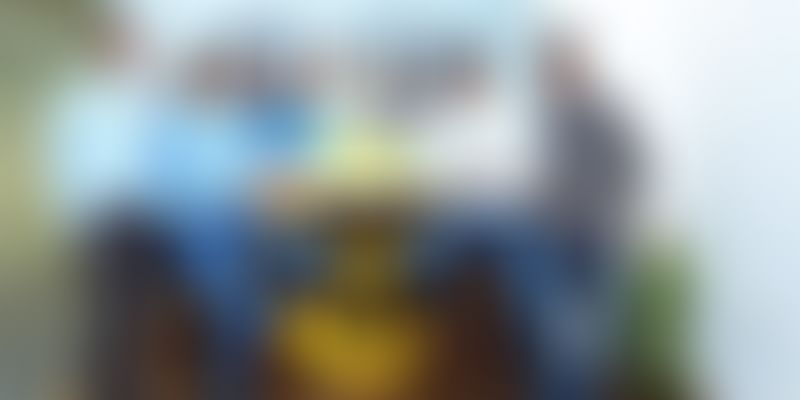 AgroStar, a Pune-based m-commerce startup that sells agricultural inputs directly to farmers, has raised Series B funding led by Accel Partners. Existing investors, IDG ventures and Aavishkar ventures, have also participated in this round. The platform had raised $4 million funding led by IDG Ventures in August 2015.

Currently operating in the three states of Maharashtra, Gujarat, and Rajasthan with over 200 people, AgroStar plans to have a pan-India presence in the next 24 months. The team will first extend its operations in agriculture-focused states like Karnataka, Madhya Pradesh, Haryana, and Punjab.

Speaking of their post-funding plans, Shardul Sheth, Co-founder and CEO, AgroStar says, “While the first part will entail geographical expansion and the infrastructure needed to support it, the second will be focused on developing our technology both in terms of the backend and the farmer-facing side. We have been fairly prudent in investing in technology and now that we have got the required capital we want to build a solid in-house team.”

The focus, he adds, will be on building the farmer-facing app.

Shift to the app

Founded three years ago by Sitanshu Sheth and Shardul, AgroStar is a leader in the space with extensive experience across domains like consulting and retail. The platform, to begin with, enabled farmers to procure an entire range of agricultural goods by simply giving a missed call on the company’s 1800 number.

But today the same customer who earlier bought a feature phone is now buying a smartphone, and reaching out to the team and asking them to build something like WhatsApp. Shardul says,

“We have seen significant smartphone penetration in our customer base, with Maharashtra getting ahead of others. Almost 45 percent of our farmers in the state already have a smartphone, followed by Gujarat with 40 percent penetration and Rajasthan with about 20-25 percent. So it is safe to assume that the next phone the farmer buys won’t be a feature phone, but a decent smartphone.”

Shardul adds that the farmers are also getting savvy as WhatsApp has taught them how to get data points and data plans, which, in turn, they are using. He says that this trend puts AgroStar in a sweet spot as it has already worked hard to acquire the customers and now it just has to reach out to them and let them know that if they need agronomy advice, or see better products, they can get all the information and learn things by downloading the app.

“We are looking at the app not from a commerce but an engagement perspective,” says Shardul. He informs that his customers are using the app at least three to four times a week. The platform already has over a lakh farmers who use the app and the platform.

The company had partnered with multiple leading national and multinational brands whose agro products can be bought through AgroStar. Farmers can buy seeds, nutrients, crop protection, as well as hardware products from the AgroStar platform.

Prashanth Prakash, Partner, Accel Partners, who participated in the current funding round, says there are two things he finds interesting about agritech: first, it speaks of digitisation of startups beyond the first 100 million population of metro and tier-II cities, and second, since AgroStar also works with a number of B2B platforms, Accel looks at it as a B2B platform, with the farmer as a business. Speaking of the team, Prashanth adds,

“The amount of time the team has taken to build, develop and hone this model shows a team that is on-the-ground on execution. They end up spending most of their time in the deep rural areas of the states, which just shows customer focus and dedication towards understanding what really works.”

According to Shardul, farmers in India face significant challenges at every point from buying agri-inputs to improving their yields and finally getting a good price for their produce. AgroStar works hard to solve some of these challenges through technology to make farming more sustainable and profitable for farmers.

Prashanth adds that agritech has its own challenges as each state is different in terms of crops, products used, scale and size of farms. For instance, while it is common to find farmers in some states with 20-30 acres of land, in others it would be only 5-10 acres.

There also needs to be a multi-lingual focus because of the multiplicity of languages. Besides, the farmers need to be transitioned in special ways to the digital economy.

“We want to take the operations to the newer states with the voice platform where we can acquire customers through our voice commerce platforms. Simultaneously in the West and established markets, we want to heavily build engagement on our app, so that we get more customers through that platform. We are looking at building the app technology further by adding image recognition software, to make it easier for farmers to pick up the right products, find solutions to problems, and send pictures to agronomists.”