This app lets you discover your strengths, weaknesses, and capabilities 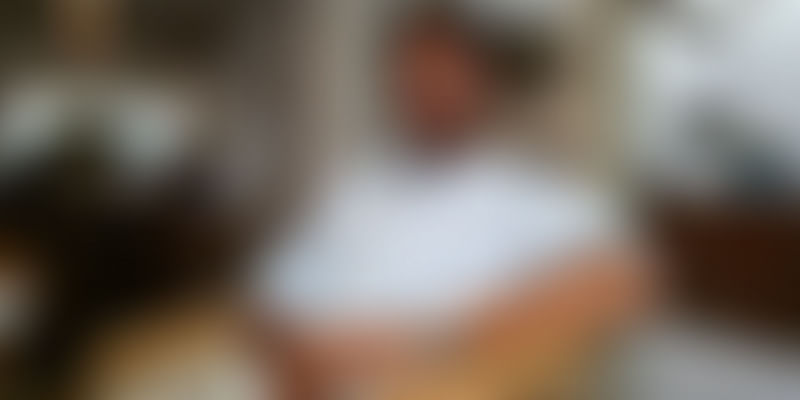 The Leadburg app allows users to play games, rate their friends, compare themselves, figure out strengths and weaknesses, and discover new compatibilities.

What is the first thing you would do before meeting a new person? Chances are you would look up the person online, try finding out about him on Google, Facebook, or LinkedIn. However, all these sources will not necessarily provide statistically valid information, like behaviour or social competencies, which may be of importance in your search.

A behavioural leadership researcher from The London School of Economics and Harvard, Sangeeth Varghese's work revealed that leaders are ordinary individuals who took the decision to lead when faced with a defining moment. This research intrigued him to explore the importance of behavioural traits in professional success.

The desire led Sangeeth to the National Employability Report that states that three out of four employers weigh behavioural competencies ahead of domain skills. On looking further, he came across the latest World Economic Forum report, which talked about how the current labour markets reward behavioural skills more because these traits determine professional success. Says Sangeeth,

“When meeting a potential partner—whether it is life partner or business partner — what matters more is your compatibility with that person, than his mere educational qualifications as such. But then, in all these cases, the bigger question is who can give this information that is unbiased, and statistically valid.”

Having sensed the need for statistically valid, real-time behavioural and compatibility information for jobs, business and matrimony, Sangeeth stared Leadburg in October 2016. And its app has had 10,000 downloads so far. An average user spends more than 10 minutes per day on Leadburg.

Occupying 3MB space, this app allows users to play games, rate their friends, compare themselves, figure out strengths and weaknesses, and discover new compatibilities. “Leadburg provides you with that valuable bit of information that LinkedIn or Google are unable to,” explains Sangeeth, who worked in the UN for a couple of years before returning to India.

Learnings are aplenty with Leadburg, says Sangeeth, citing the example of Visakha Atole. A student in her final year of college, Visakha uses the Leadburg platform to validate her capabilities with industry standards. Being a fresher in the circuit, Visakha realised that learning capability and adaptability are the traits that she should work on. Now she has a set of Leadburg-certified competencies, instead of blindly fobbing off strengths from her friend's CV.

The team at Leadburg comprises three co-founders and five interns. Akshay Chandrasekhar is the CTO, and Vidyadhar Prabhudesai is the Chief of Business Development.

While giving shape to the app, one of the concerns that cropped up for the team was how to nudge people into sharing their behavioural data. Receiving a questionnaire from users and then analysing the same did not seem the most constructive way of going about it.

The team then realised that if the app were to be equipped with games or if it came designed with Facebook newsfeed-like feature, then people would be more open and comfortable with giving responses.

The team's work culminated in the behaviour-based rating, comparison and people discovery platform. This mobile-based platform enables people to play fun games and take quizzes to reveal interesting personality traits, rate their buddies, compare themselves to their peers, and discover interesting people based on their behaviour. It also provides several daily feeds that tell you what your buddies think about you and enables you to validate your skills vis-a-vis industry standards. Explains Sangeeth,

“We are non-judgmental when it comes to traits or skills. So, we don't rate an extrovert over an introvert or a high risk taker over a risk averse person. Each trait has its own strengths — while an extrovert might be preferred for sales careers, introverts might be better suited for analytical jobs. We have built Leadburg as a mere observer and compiler of human behaviour, enabling people take easier decisions, and discover better possibilities, whether it is professional or personal.”

Treading the path of business

A B2C venture, Leadburg aims to take on LinkedIn, as it believes that LinkedIn, with its self-revealed digital resume, belongs to the previous generation. Sangeeth points out that in today’s digital era, something deeper, unbiased and objective is required in one's own analysis, which should also be socially and statistically validated.

In the five months after its launch, Leadburg claims to have built an in-depth behavioural database of more than 10,000 youth in India, spanning 300 colleges. It helps to know their users from every angle, whether it is their communication, collaboration, creativity or critical thinking abilities.

Its revenue streams include in-app purchases, such as certifications, fees from employers and assessment agencies for platform, content, ad and analytics services, search fees from complementary services agencies, such as recruitment and matrimony sites.

“Analytics of the big behavioural data is available with us, where we can automate the opportunity matching part — where people can attract better possibilities based on their competencies and compatibilities. Second, we shall be coming out with reports, useful for the industry and government, on how behavioural data is shaping our labour markets. Third, pilot and open up revenues — through certification and ads,” says Sangeeth.