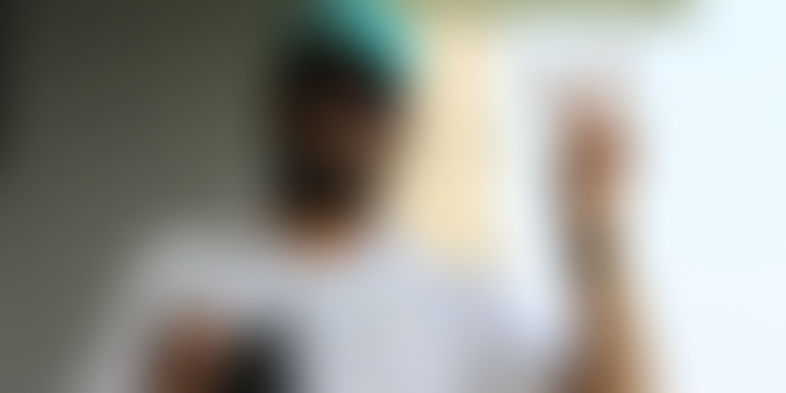 There is an axiomatic honesty in Abhishek Agarwal's voice, when he tells you that he didn't get behind the computer screen for entertainment, but to become a contributing member of India's digital ambitions; when he says that he didn't learn English as an end in itself, but as a means to listen and, in turn, have his voice heard; when he says that he didn't startup to hop on a bandwagon or serve his own interests, that he did so to make sure that millions of small business owners, who form the backbone of our economy, accompany him to the top.

Thirty-seven-year-old Abhishek hails from Bijainagar, a small Rajasthan town. A commerce graduate, his older brother Anurag pushed him to think about making a career in a distinguished field, and sent him an article on e-commerce which caught his fancy.

Since my childhood, I have seen financial crisis in my family. So, I always wanted to bring my family out of the crisis and do something substantial

He subsequently enrolled in an e-commerce facing course in Ahmedabad. However, upon reaching Ahmedabad, he encountered everyday challenges, like understanding his professors who taught in English. “We hardly used to speak or hear that much English in our small town, and here everything was in English, the course material, course instructor, etc. So my friend used to translate what instructor was explaining in Hindi,” he recalls.

Abhishek even lacked basic computer skills, confessing that he had never touched a mouse or keyboard before he got to Ahmedabad, but learned the ropes along the way, proactively and promptly.

OhoShop's co-founder and Abhishek's friend, 36-year-old Rakesh Jain, had a similar story. They met during the course and discovered that they shared a dream. Taking the leap of faith together, Rakesh is now CTO of OhoShop.

As mere commerce graduates with little knowledge about corporate culture, the two started their career with a small company, without pay, and would use rented computers for projects.

I still can’t forget working overnights without enough money in pockets to earn full meals of the day. But slowly and steadily we learned the rules of the outsourcing business and were given meagre monthly salary of Rs 3,000 for initial years.

The Marwadi in him came through, and Rakesh and he quit their jobs after two years and started their own software outsourcing business, Rightway Solutions, which matured along the way. His wife, Nidhi Agrawal, 36, also left a well-paying corporate job to join them. With her experience at MNCs and the required savvy surrounding healthy corporate culture, she helped set up the team and streamlined their processes into various functional departments. The trio has been together ever since and made a spinoff product, DesignBuy, in 2009, which saw some success and is headed by Nidhi.

Around mid-2015, at an e-commerce expo in Bengaluru, Rakesh and Abhishek saw that the smartphone penetration for everyday needs like grocery, food, travel, medical needs, etc., was much higher in mega cities like Bengaluru. “And at the same time, we also observed that local businesses were struggling due to competition from online marketplaces like Grofers, Flipkart, and Amazon, to name a few,” says Abhishek.

A burning desire to technologically empower these small merchants to help them stay afloat formed the cornerstone of OhoShop. “We wanted to enable these local and hyperlocal businesses especially with mobile commerce so they can offer their customers the same convenience of buying on the go through their mobile devices as well as win new customers with the power of internet and smartphone,” he explains.

When they returned to Ahmedabad, they studied the density of such hyperlocal businesses and saw that out of the 30 million small and medium retailers in India, only five percent of them had an online presence. They looked at the solution providers in the space and found that most were focusing on offering e-commerce and website on subscription basis, even as India was moving towards clocking the highest number of smartphone users in the world. Abhishek feels that people still prefer dealing with people for their day-to-day needs, rather than anonymous sellers on marketplaces.

We knew we had to bring something very simple, with fast turnaround time at a very affordable price. Hence, we decided to offer OhoShop on monthly subscription basis with affordable packages and a nominal one-time setup fee.

Right now, OhoShop provides its subscribers with a white-labelled website, and full-feature mobile apps with powerful yet simple backends, starting at Rs 1,490 a month.

They target mainly retailers like vegetable stores, grocery stores, clothing and fashion stores, food delivery restaurants, chemists, and other such businesses who want to sell online albeit with under own brand names and websites.

One of their very first customers were Praakritik a store that sells organic vegetables and fruits, Kent Home Decor, an interior decoration accessories store, and Ganesh Gruh Udyog that sells speciality snacks.

A few months into their journey, they realised that an equally hefty and untapped opportunity lies in the manufacturing segment where people are still following traditional methods of printing catalogues, getting quotation requests through phone or email, sharing quotes on the phone, and keeping track of all the quotes manually. They dove into this chasm and swiftly introduced the OhoShop Catalog App, that enables manufacturers, distributors and related business entities to manage their catalogue online and serve quotations with an automated and centralised process, again, with their own catalogue app.

“This is our biggest success – that we have been able to register new businesses as well established businesses and there is an equal demand generation in tier-2 and tier-3 cities as well, which are the areas we completely ignored while laying out our first business plan.”

Another unexpected fillip to their business came in the form of PM Modi's demonetisation exercise, which saw more and more businesses in their targeted segments taking their business online. Demonetisation saw OhoShop's customer acquisition rate nearly double month on month.

They are even increasing their ambit to offer full-featured e-commerce website, mobile websites along with mobile apps to their subscribers to establish an omni-channel presence in addition to their physical stores.

As the trio bootstrapped their way to product development and hiring, they were looking for a partner to help with marketing and promotion of their solution at the national level, as well as a cash investor to attain scale. Thus, the first slot was filled by BCCL that provided brand-equity funding, about six months ago. The funds raised will be deployed for marketing and branding, strong sales force creation, and technology advancement. “We are also planning to use its portfolio services like print media, radio channels, and TV commercials to market and brand OhoShop at several levels in coming years,” Abhishek says, adding that his company is poised to acquire over 5,000 customers in the next three years.