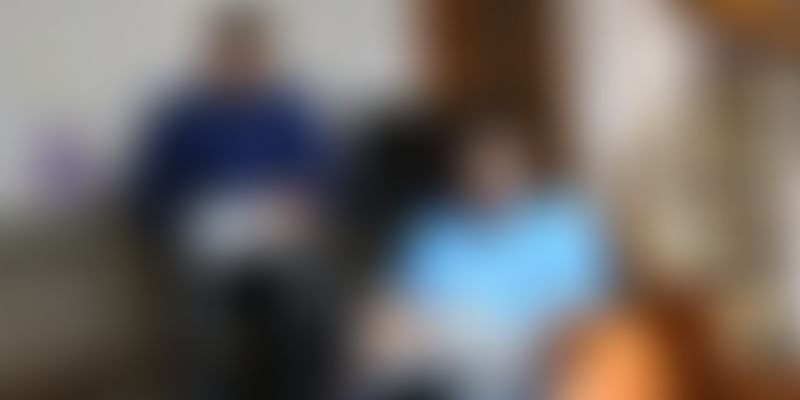 Pivoting from being a gaming-micro-learning platform for students, Bengaluru-based Oust Labs works as a plug-and-play SaaS-based platform for the training of the blue-collar workforce.

Now that the Nokia 3310 is back, the most common topic of conversation, apart from the fact that it can survive an earthquake, is Snake and the highest score one can manage. This isn’t surprising because the combination of an interesting game and the element of competition has always been a lethal one, and this is just the mix Shrikant Latkar, the first engineer of his family from Belgaum, Karnataka, wanted to introduce in education.

Having worked with mobile app developers in his capacity as the CMO of InMobi, Shrikant was fascinated by the idea of creating games that could be used to make learning fun.

So when he got the opportunity to join in as an advisor for Fuel, a competitive gaming startup, he jumped at it. They were initially using competitive gaming to get scholarships for students going to Columbia University, Harvard, or Stanford.

Competing with each other on topics, chapters, and subjects, the students and peer network would be contributing to their studies at the same time. “Because of my passion for gaming and education, I worked with them for a year and a half. Fuel soon pivoted from education to a pure gaming platform, and that is when I decided to start up on my own,” says Shrikant.

This is how Oust Labs, a competitive gaming and learning platform, came into being. Today, Oust Labs works as a plug-and-play SaaS-based micro-learning platform for companies that need to teach new skills to the blue-collar workforce. Enterprises can create whatever kind of content they need to train their workforce in real time.

When Shrikant started in 2015, he already had a ton of work experience — he had worked at BPL’s R&D centre; had, being one of their first employees, helped set up AT&T BEL Labs’ Pune centre; and worked in the US for 20 years.

Shrikant had, however, always wanted to be an entrepreneur, and there were some early signs of this passion — in his second year of engineering, his project was bought by a local company. In his career path, he consciously moved from engineering to product management, primarily to understand the business side of things. He eventually climbed up the ladder as VP of product design across his career.

“My idea for Oust was, ‘How can you take some interesting gaming principles, which allow you to be engaged with a platform for a long period of time and use them in learning?’ Games like FIFA are on for almost 10 years with fans for life.”

The platform, had, however, begun purely in the education space. It was when Shrikant realised that adding a social community and having the chance to play against someone increased stickiness that they began focusing on competitive gaming with social features.

Owing to the fact that people are used to doing multiple things on their mobile phones, ever-shortening attention spans, and the high degree of motivation required to take an e-learning course, Shrikant realised micro-learning would be his best bet.

They initially built the platform for students of classes five and six, but on finding the motivation to play and learn too low, shifted their focus to students of classes 11 and 12. With the initial test, the team saw that their platform had stickiness and engagement and they even got seed funding from Mohandas Pai.

Moving towards the pivot

Oust Labs was launched in March 2016 and saw decent traction. However, that was the time when Byju’s was beginning to conquer the market. Shrikant adds that monetisation was a problem.

“We learnt that Indian parents are okay with a free app, but paying for it isn’t an option. They will spend lakhs for tuition classes but not a mobile app. Also, most colleges don’t allow students to carry their mobiles. We saw that there was a problem to get people to pay and Byju’s had already broken into the area.”

Shrikant mentions that during the process of seeking a path for revenue generation, he showed it to some people in the ecosystem, who said it would be great for employee training. After talking to several new-age internet companies, they realised that the need of the hour was the training of the blue-collar workforce.

They onboarded plumbers, nurses, physicians, and mechanics, but their attendance in classes wasn’t high.

Seeing as how this lack of training is one of the biggest hurdles in the path of a company looking to scale, Shrikant realised that what these people need is short training that is reinforced continuously, leading to the micro-learning concept. At present, the platform supports over 29 languages. The current version of Oust Labs for enterprises was launched in August last year.

The training of the blue-collar workforce has become super important. Today, there are several platforms like Portea, Care24, Ola, Uber, Zimmer, dunzo, and Housejoy which use the services of these workers. On an average, these platforms are believed to hire over 1,000 people in a month. There already are players like Babajob, Jack On Block, Nanojobs, and Bookmybai in this space.

Currently, Oust Labs is made up of a team of 16 people and has raised a bridge round by Mohandas Pai and 3one4 Capital and a couple of angel investors. Shrikant says there is a clear path to revenue with better deal sizes. “We even have customers in South Asia and the US. Now that we have found the perfect product/market fit and found a customer base, our aim is to grow and add more customers,” says Shrikant.

Disclaimer: Mohandas Pai is an investor in YourStory.