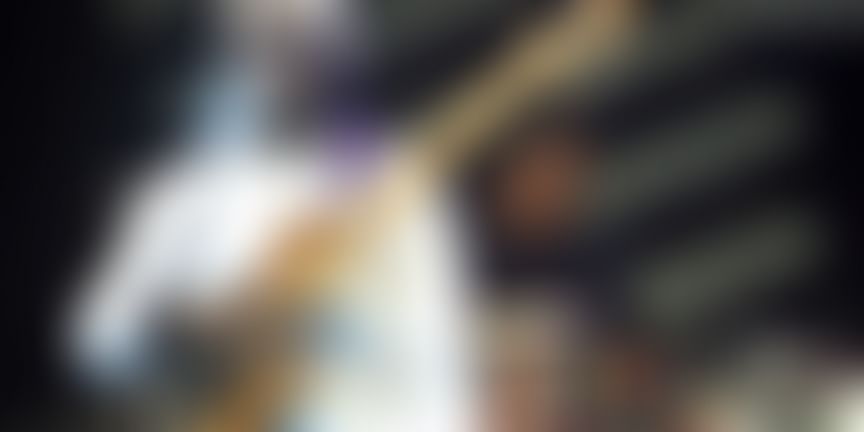 PhotoSparks is a weekly feature from YourStory, with photographs that celebrate the spirit of creativity and innovation. In this photo essay, we showcase the outstanding international collaborations at the annual Java Jazz Festival in Jakarta, Indonesia!

At a time when walls and sharp divisions are being proposed in some parts of the world, bridges and collaborations in fields like music are springing up in other parts. Jakarta, capital of the world’s largest Muslim nation, is regarded as the jazz capital of Asia, and has been hosting the annual Java Jazz Festival (JJF) for over a dozen years now (see my earlier photo essay here). JJF is regarded as one of the Top Five jazz festivals in the world in terms of size and diversity, and a true exemplar of what UNESCO hopes to achieve by designating April 30 as International Jazz Day (see my quotes compilation here).

Festival founder Peter Gontha is a media entrepreneur with wide experience in banking, energy, and real estate as well. His father was also a jazz musician, and Peter launched the Java Jazz Festival 13 years ago. His daughter Dewi is now producer of the festival.

Inspired by the collaborative and global nature of jazz, he has succeeded in putting Jakarta on the jazz map of the world through partnerships with the North Sea Jazz Festival. He also wishes to link Asian festival curators via the Asian Jazz Festivals Organisation. Peter wears many hats, and is now also Ambassador of Indonesia to Poland!

People from all over the world can work together in peace and harmony through the wonderful medium of music; music is the only truly international language, cutting through all barriers and opening hearts and minds wherever it is heard, according to Peter.

Earlier editions of the festival included Indian performers; JJF 2017 featured accomplished artistes such as Arturo Sandoval, Lonnie Smith, Tony Monaco, and Mezzoforte, as well as many others covered in this photo essay. There were a wide range of women artistes (see my photo essay on 20 women musicians here), and inspiring examples of performers building bridges across genres, countries, and styles. In this photo showcase, we also look at the creative features of this festival, which continue to delight fans year after year.

Richard Bona is one of the ultimate bridge builders in music – connecting jazz with African and Latin American music. The bass legend from Cameroon played at JJF along with Latin band Mandekan Cubano in two rousing sets.

Ras Muhamad is building bridges between Jakarta and Jamaica – through reggae music. This multi-instrumentalist is doing Bob Marley proud, and has also released a CD, Salaam.

Stanley Jordan is one of the most talented jazz guitarists in the world, playing with a unique two-handed plucking and tapping style, and also playing piano and guitar simultaneously. His latest album Ragas features fusion with Indian classical music, in collaboration with sitarist Jay Kishor.

Chick Corea effortlessly bridges acoustic and electric jazz, with flavours of Latin music as well. This 22-time Grammy award winning pianist, of Italian-Spanish parentage, has released dozens of albums and has played with the who’s who of jazz over the past five decades.

Justin Kauflin is blind, but you would never have guessed it given the absolutely brilliant performance he gave with his trio at JJF. This pianist lost his eyesight at the age of 11, but carried on his journey to release three albums.

Dwiki Dharmawan (left) is an Indonesian pianist and composer who has collaborated with dozens of jazz musicians from around the world in the cause of peace and harmony. He was joined by Kamal Musallam (right), Arabic jazz guitarist based in Dubai, who himself has collaborated with A.R.Rahman. Dwiki and Kalman have formed the World Peace Trio along with Gilad Atzmon.

Alfredo Rodriguez is a Cuban pianist-composer blending Cuban rhythms and melodies with jazz. His new album Tocororo is named after the national bird of Cuba, which dies of sadness if caged - representing not only the desire for liberty, but the necessity of it.

Fine Tuning is a duo representing the new face of Indonesia, blending acoustic and electronic sound. The group includes Aryo Adhianto on keyboards, whose first album is titled The Pentatones.

Sérgio Mendes is an award-winning Brazilian musician with over 50 albums to his credit. The keyboardist-composer blends bossa nova with jazz and funk, and sings in Portuguese as well as English. His breakthrough hit is Mas Que Nada.

Nathaniel Kearney is the bassist of the Los Angeles funk band DW3. He began with drums but moved over to bass, performing with Grammy-nominated smooth jazz star Dave Koz. He blends jazz with gospel, and has played in dozens of countries across the world.

Jean-Paul 'Bluey' Maunick is a jazz musician born in Mauritius of Indian parentage, and is the guitarist and composer of British acid jazz band Incognito. At JJF, he also raised awareness about musicians contributing to social causes, and raised funds for Indonesia’s Roslyn Orphanage.

Dua Drum was one of the more unusual collaborations at JJF – two drummers sitting opposite each other, sharing the bass drum! The Indonesian drummers are Yandi Andaputra and Yoiqball, and have released the album Bergerak.

Chieli Minucci is the guitarist of the Grammy-nominated contemporary jazz group Special EFX. They have released over two dozen CDs, and one of the highlights of their JJF performance was a high-energy call-and-response duet with Chieli and saxophonist Warren Hill.

Maurice ‘Mobetta’ Brown (far right) is a Grammy Award winning jazz trumpeter, producer and composer. In addition to three scorching sets, he also jammed till the early hours of the morning with a range of other musicians in the hotel lounge, in the true collaborative and improvisational spirit of jazz.

Future drum star? The festival featured a number of kiosks by instrument makers and stores, where aspiring musicians and curious visitors could actually try their hand at drumming, accompanied by instructions on a digital display.

Installation art: At the centre of the festival venue was a massive art installation where participants could relax and take photos – of this giant robotic octopus, which would move its tentacles to the sound of music.

Selfies and wefies: What music festival is complete these days without photo-ops for the smartphone generation at artiste cut-outs?

Food trucks: What music festival is complete these days without a string of food trucks for spicy food, snacks and desserts?

The original Java: Long before the programming language, Java was a region of Indonesia and a name for coffee!

T-shirts: What music festival is complete without a range of attractive merchandise, including T-shirts, caps and bags?

Green festival: What music festival is complete without tons of garbage and plastic waste – along with attempts to become clean and green?

Fan power: It’s not just the main acts or post-performance jams that are success factors at a jazz festival – it’s also the fans, and JJF has some of the best, respectful, fun-loving and orderly fans of all!