Lessons from Israel, the Startup Nation, for India 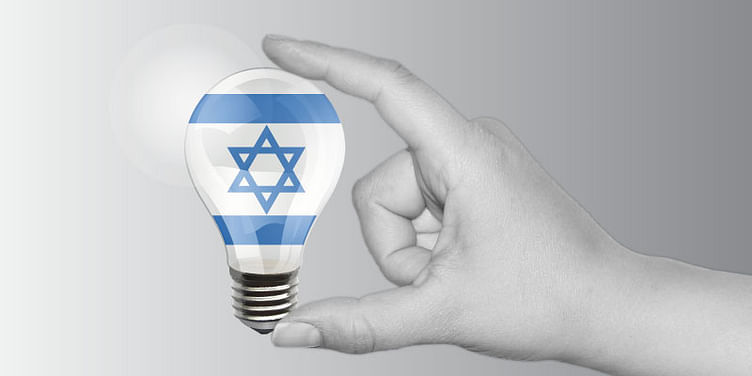 While the Indian startup ecosystem has come a long way in the last five years, and the government has been doing its bit through programmes such as Startup India, there is still clearly a long way to go! This is an entrepreneur’s Aankho Dekhi perspective on what Startup India and Indian startups can take in from the Israeli startup ecosystem as it matures into one of the topmost startup destinations in the world.

If you give us a very tough mission, we will do it immediately. An impossible one may take us a bit longer.

The above quote, to my mind, is the finest way to describe one of the core reasons for why the world looks at Israel as the Startup Nation. It clearly elucidates the average Israeli startup’s strength of resolve, their commitment to innovation, and the absence of any fear of failure.

I recently got back from a five-day trip to Tel Aviv, Israel, where I spent considerable time meeting serial entrepreneurs, startup founders, innovation centres, accelerators, and investors. These in-depth conversations gave me an under-the-bonnet insight into the Israeli startup engine and things the Indian startup ecosystem could possibly benefit from.

Well, it’s no secret that most other countries know us for our movies and music. I am sure all of us have encountered the cab driver who’d play a Bollywood number for us during an overseas trip. However, this time was different for me.

During my interaction with the Head of Business Development at the Israeli Air Force Innovation Department, he made a rather poignant reference to one of our much-loved movies – 3 Idiots. I was pleasantly surprised that he had seen the movie. Even more surprising was the fact that he correlated the message in the movie to the success of the Israeli startup ecosystem. According to him, the entire Israeli startup ecosystem is a lot like the school that Aamir Khan’s character had built in Ladakh. It’s a place where there is no fear of failure, since failure is not something looked down upon; instead, it’s celebrated!

I had so many such rich interactions throughout my visit. However, I am going to broadly structure my thoughts in three buckets, which I shall call the 3 Es of my Israeli experience!

I think Israel has been able to build what one can truly call a rich ecosystem. It is one of those rare cases outside of the Silicon Valley where the government, corporates, the Israel Defense Forces (IDF), venture capital firms, and startups have come together to align themselves at the forefront of innovation.

The Israeli government in 1974 commissioned the Office of the Chief Scientist (OCS) with a dedicated R&D fund. Initiatives like this, driven from the top, have been instrumental in driving a culture of innovation in the country. The government runs and supports as many as 24 incubator programmes, and provides grants of up to $700,000 to startups in the domains of heavy tech, clean tech, and medical devices. Last year, the OCS granted over $30 million to such startups.

The IDF is like the bedrock of innovation in Israel. The mandatory conscription for all Jewish Israelis in the IDF service provides potential entrepreneurs with the opportunities to develop a wide array of skills and contacts. Also, the IDF service provides experience exerting responsibility in a relatively un-hierarchical environment where creativity and intelligence are highly valued. Even the IDF has someone designated as Chief Innovation Officer. This team is responsible for collaborating with both corporates and startups to solve complex military problems.

Israel has the world’s highest per capita availability of venture capital. In 2015, Israeli startups raised over $5 billion, and had raised over $3 billion by the end of H1 2016.

This was spread across close to 700 startups, which is considerable since Israel has about 4,000 startups in all.

Rothschild Boulevard in Tel Aviv, an area that has a huge concentration of startups, is constantly abuzz with vibrant energy. Coffee shops and pubs are constantly ringing with startup chatter; people are running to stay fit or walking their pets while exchanging ideas. In a way, this microcosm is reflective of the contagious startup spirit of the country.

Israel has a thriving ecosystem of over 4,000 startups, as of 2016. For a country with a population of barely eight million, this is nothing short of brilliant. Israeli startups are focused on cyber-security, adtech, medical devices, and a lot of SaaS-based technologies. Most of the startups are focused on building solutions for the US and European markets, since Israel itself doesn’t have a large enough domestic market.

I was zapped to see the pride with which the Birthright Taglit Innovation Center showcases the startup success stories from Israel. My interactions with Uri Gafni at Taglit left me convinced that the power of creating a strong narrative of success stories is very important for projecting the right image to the external world. The Israeli startup ecosystem has clearly done that well, and hence, the world looks at it as the Startup Nation.

One of the critical success factors that go into deciding the fate of startups at an early stage is the quality of mentorship that they receive. Even in this area, Tel Aviv has gotten its act fairly sorted. It has over 80 accelerators/incubators in and around Tel Aviv, including the ones run by various corporates such as Microsoft Accelerator and Yahoo’s Sigmalabs.

Microsoft Accelerator handpicks some of the finest startups every year and helps them leverage its global strength as a leader in technology. They work closely with these startups to help them in their go-to-market and product strategies.

Co-working spaces in Tel Aviv also epitomise the rapidly growing startup culture there. There are over 22 co-working spaces brimming with entrepreneurial energy in and around the city.

Israel has the maximum number of startups listed on NASDAQ. In fact, most Israeli startups work with dual bases in Tel Aviv and the US. There is clearly an established pattern in the journey that Israeli startups undertake from the early stages to an eventual NASDAQ listing.

Just to give you an indication of the scale at which the Israeli startup ecosystem has perfected the science of producing a string of successful exits – in 2016, the cumulative value of exits was over $8 billion across some 100-odd startups.

One of the major reasons why Israel has such a successful track record of startup exits is the kind of products they focus on. Most startups here focus on solving problems for large enterprises or deep-tech problems such as in areas like cyber-security and AI.

A lot of the major US technology giants like Microsoft, Oracle, and HP have R&D bases in Israel, and are constantly on the lookout for exciting startups that they can look at acquiring for fueling internal business growth.

Given below is a chart on the trends in startup exits in Israel:

During my visit to the Birthright Taglit Innovation Center, I learnt about how innovation is deeply embedded in Israeli culture. From being a water-deficient nation, they have become a water-surplus nation. This has been possible only because of their deep focus on e-nnovation in agricultural and water harvesting methods.

The world-acclaimed Iron Dome, which protects the Israeli state from incoming missiles, was developed in a record time of just six years, and was commissioned into field trials at a 50 percent development stage.

Israel has the highest per capita Nobel Prize winners and the highest percentage spend on R&D. The government recently announced a new programme called Innovation Visas, to encourage outside talent to come and work on innovative projects.

All of this stems from a systemic focus on fostering innovation. This is not something that can be implemented overnight. It comes from embodying innovation at every level, and not fearing failure, but celebrating it.

In light of all my observations in Israel, I have come back much more convinced about the role that a programme like Startup India can play in fostering startups in India. Also, in countries like ours, where resources can often be scarce, startups can drive growth for the country with their ability to be frugal yet innovative. The entire focus around the Startup India campaign needs to be built over time and is certainly a giant leap for the country.

This is a campaign we should go out and strengthen with all our efforts. Campaigns like these put us on the global map and sharpen the narrative around our startup prowess. It’s important that we position ourselves appropriately in the eyes of the global startup ecosystem to be able to attract the kind of talent and capital we need.