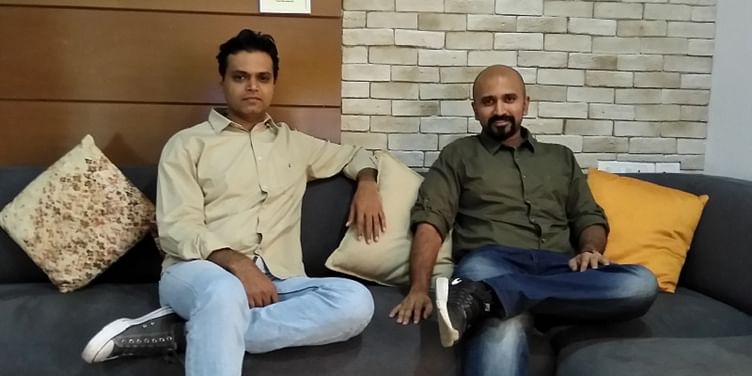 Furdo, an online home décor platform that uses 3D and virtual reality, has broken even and is touching profitability.

In a world where startups, in general, are being questioned, Furdo, the online home décor platform that uses 3D and virtual reality, has broken even and is now profitable.

Since April 2016, Bengaluru-based Furdo claims to have been growing an average 30 percent month-on-month, which led to them breaking even in September. They expect to grow at least 15–20 percent month-on-month from December 2017. All this with their initial seed funding of $400,000. The team believes that they can double their revenue every four to six months, without any funding. In the next 12 months, the platform claims to be in about four cities.

Furdo was established in 2014 by Kiran Singh, Ishwar Sundararaman, and Arvind Singh with the assumption that they could focus on design and leave the implementation to established brands in the space.

“But we realised that being an end-to-end solution was a key requirement of the consumer. They wanted ownership, and one player they could trust and that changed everything. Imagine a young startup with just $400,000 in funding learning VR, design, sourcing, furniture quality, and on-ground implementation. With the resources at our disposal, we really had to deploy them wisely on areas that would have maximum impact,” says Ishwar, Co-founder of Furdo.

Furdo initially started as a 3D interior design firm and now facilitates end-to-end interior design for customers. It's an unorganised industry, the team believes that there is tremendous value in just organising the best players in this space, design the right incentives that help them perform to their potential.

The idea of starting Furdo first came to Kiran, who, prior to forming the company, spent two years in analysing every available technology, and even spent his entire life savings to hire a small team and developed version one of the VR app. He was certain that VR could be used to sell furniture.

In January 2015, Kiran showed the app to Bhavadeep (Bobby) Reddy, CEO of a real estate and housing firm called Indus Homes, over a chance meeting at a wedding reception. “Bobby, in true angel style, took all of five minutes to offer to invest in it,” adds Ishwar. After the funding, in the next two months, Kiran ended up roping in Arvind and Ishwar as the co-founders.

When Ishwar met Kiran, he had just done up his new home less than six months ago and had experienced first-hand the problems of being able to design and visualise his interiors. The biggest problem for him was that India was transforming. India was aspiring for great design, but professional design help was unavailable. Visualisation of this quality was unbelievable, and would greatly help the average customer do their home well.

They wanted to make interior design and high-quality 3D/VR visualisation accessible to every single new home owner. But they realised that unless they can translate design to reality, it is a job half done.

“We realised for a ticket size as large as this, there were no brands that a customer could trust. Therefore, Furdo became an interior design and implementation platform that organises this industry, curates the best players in the market, and solves the customers’ problem end-to-end,” says Ishwar.

Working on what worked

Ishwar says that they changed their model almost every two months. “We wouldn't call it a pivot, but evolution. We understood what works and what doesn't. We charged for our themes and gave design away for free.We then finally realised that the industry was right when they only consulted for free,” he adds.

The platform’s VR visualises the space and allows for lesser ambiguity and easier decision making for all concerned. It follows a collaborative approach and works with the design ecosystem to find problems and solutions.

Back in December 2015, they had just begun figuring out the right model. At the same time, Furdo was running out of cash. Ishwar adds that they were faced with the tough choice of letting go of a significant number of employees.

“But to make any significant dent in the burn rate, we would have had to keep key people, without whom we wouldn't be able to achieve the next level of growth. So we opted for a very unconventional move – we asked the second rung leadership to take a 50 percent pay cut, and therefore reduce burn.”

Over the next three to four months, they sorted out the model and really began growing.

Moving away from the discounting model

Ishwar says that what helped them was the fact that they stopped "discounts and free design" and started emphasising the value they bring, that is, great design and best designers. “When we began talking value, we got customers who value design, who were larger ticket sizes, and who were willing to pay a price for it,” says Ishwar.

He says some of the things they learnt were:

In India, the home design and decor market is poised to grow to $25 billion by 2015 from $3 billion in 2010, fueled by over 25 percent year-on-year growth in the organised retail sector. The internet sector is growing by over 100 percent quarter on quarter. Organisations like Livspace, which already has DezignUp and Dwll.in in its kitty, is one of the major players apart from names like Urban Ladder and Pepperfry.