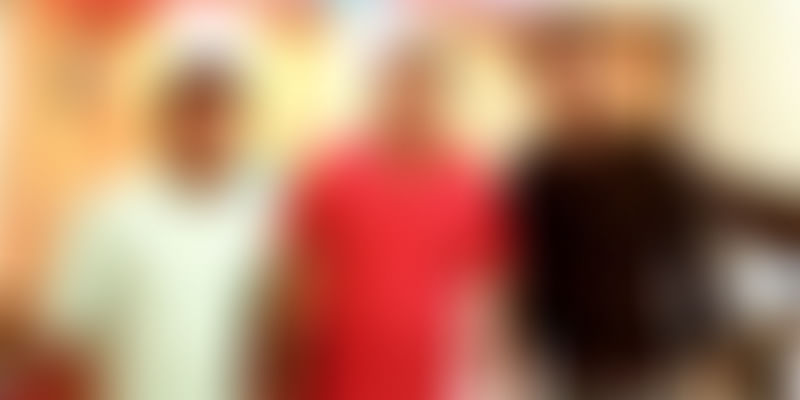 In India, chai is not a simple beverage, it’s an obsession. Our breakfast isn’t complete without tea. It’s the first thing (of course, after water) you serve to guests. You meet people or clients over tea. It’s also used as a medicinal drink — we commonly use adrak chai for cold, tulsi chai for respiratory illness and green tea for acid reflux, to name a few.

There are various stories on how Indians became so obsessed with this drink within a century of its introduction in the country by the British. India consumes 837,000 tonnes of tea every year, making it the most popular drink by far.

Four years ago, this market size drew the attention of Robin Jha, Asad Khan and Atit Kumar, three friends, when they decided to dive into the pool of entrepreneurship.

A market just waiting to be tapped

Robin, a chartered accountant, was then working with E&Y, and was part of the transaction advisory team. During his stint with the company, he interacted with many startups and became inspired by their visions.

When Robin decided to launch a startup himself, he saw no better opportunity than the tea market. He discussed the idea with his two friends, who also wanted to start their own business, and they agreed to come onboard.

In 2013, with an initial investment of Rs 25 lakh, the trio built their first outlet, called Tpot, in Delhi. The brand specifically targets the tea and snacks market.

“When we thought of building this startup, we were aware of the demand; we only had to serve the supply. We work on a concept of offering five star quality at roadside vendor prices,” says 31-year-old Robin.

Robin says that he ran the first outlet for around 13 months. He wanted to validate the idea before he went on an expansion spree.

For over a year, the three co-founders worked on implementing customers’ feedback and looked at how to make their offering more affordable for everyone.

After a year, they started working on the business model and expansion plans. They did a lot of product-based marketing during this time.

Today, Tpot has 25 outlets across Delhi-NCR and plans to open five more in the city soon.

“Our 25 outlets clock an average of 3,500 transactions on a daily basis. Tpot has a monthly run-rate of Rs 50 lakh,” says Robin.

During May last year, the New Delhi-based startup had also raised an undisclosed amount in seed funding. The round was led by Ashish Gupta, Founder and Trustee of Ashoka University and Co-founder of Evalueserve.

Robin feels that there’s a large bias against non-tech startups in the ecosystem. He himself faced such a bias over the course of building Tpot. Investors just aren’t very keen to invest in such startups. The system also lacks the right advisors when it comes to offering marketing advice to non-tech startups like Tpot.

The tea retail chain is looking to raise more capital from investors, which it will pump into the expansion of its outlets.

It envisages a total investment of $3.5 million over the next 15-18 months, and also aims to double its revenue in the next four months through the opening of more outlets and greater marketing efforts. In the longer term, the aim going forward is to take the revenue to Rs 100 crore in the next three years.

Tpot also plans to tap areas with high footfalls such as metro stations and malls. It also targets multi-city expansion.

The tea market in India is estimated to be worth Rs 33,000 crore, and has been growing at a pace of 15 percent annually. Of late, the tea retail market is largely unorganised, with more than 90 percent of consumption happening through small vendors. However, over the past few years, startups have jumped at the chance to bring tea to the young and busy working class.