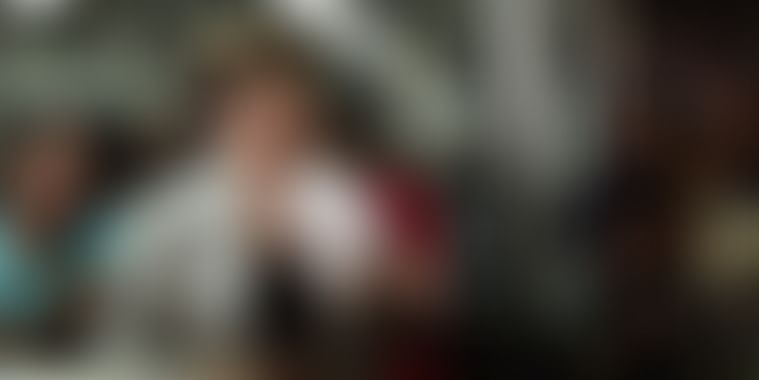 You know what they say, "when in Rome, do as the Romans do." And World Bank CEO Kristalina Georgieva did exactly as 7.585 million Mumbaikars do daily, on her current visit, and rode the local train from Churchgate to Dadar on Tuesday.

This is her first official visit to India, and Kristalina's agenda is to oversee the operations of the bank-supported local infrastructure projects in Mumbai, the suburban railway system being one of them.

“India is our biggest middle-income client. Its economic growth influences global growth. Its achievements in health and education contribute to the world achieving the Sustainable Development Goals," she said, according to this New Indian Express article, adding, "I am keen to learn more as India is a laboratory for the world to learn about what works in development and to find new ways to collaborate.”

Riding the second class ladies compartment with Mumbai Rail Vikas Corp (MRVC) CMD Prabhat Sahai, World Bank Country Director Junaid Ahmad, and some other Indian Railway officials who travelled in tow in the next compartment, she even disembarked on the Churchgate station for a tour, following a visit to Western Railway headquarters.

The Mumbai Metropolitan Region Development Authority (MMRDA) had then lined up some other site visits for her, and accompanied her to a school for the underprivileged and differently-abled.

She is also slated to meet Finance Minister Arun Jaitley, Maharashtra Chief Minister Devendra Fadnavis, RBI Governor Urjit Patel besides other prominent leaders. Kristalina has also lauded demonetisation, and stated that short-term grievances aside, the country will get cleaner and more digitised in the long run. “What India has done will be studied (by other countries). There hasn’t been such demonetisation in a country so big,” Georgieva told Hindustan Times.