Behind the scenes of Airbnb’s meteoric rise 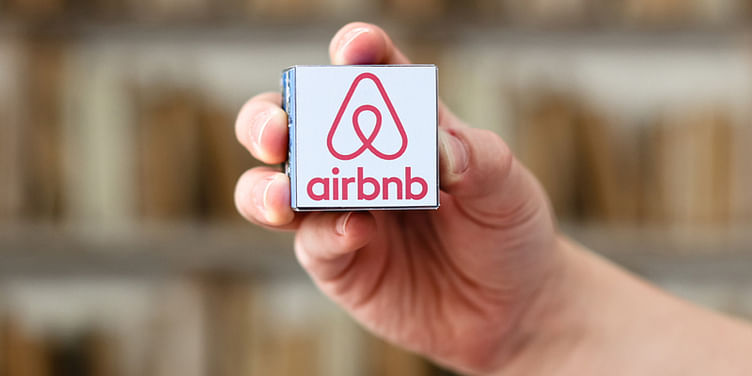 Airbnb, the online accommodation rental community, recently closed its Series F funding round, having raised over $1 billion dollars (it has raised $3.4 billion in total funding) with a $31 billion valuation. With a strong foothold in the US and Europe, and a burgeoning presence in countries like India, China, and Australia (they currently operate in 191 countries), Airbnb is posing a serious threat to the world's hotel industry. The San Franciscan startup has also set its sights on the travel industry with the launch of ‘Trips’ in November 2016 – a feature that provides bookable local experiences and insider recommendations to users.

But how did this pioneer of the ‘sharing economy’ reach such lofty heights? Their journey, as is often the case, has had its fair share of pitfalls that included legal contentions with the mayors of several prominent cities among other things. This, however, did not deter the founding trio of Nathan Blecharczyk, Joe Gebbia, and Brian Chesky, who persisted with their ambitions and created the world's second most valuable tech startup.

In August 2008, Joe Gebbia and Brian Chesky came up with an idea that involved renting out space in their living room to guests. The guests were given an ‘air bed’ to sleep on and breakfast cooked by the two co-founders in the morning. The website which facilitated these bookings was named Airbedandbreakfast. With the aim of upgrading the technical and design aspects of their site, which involved improving the UI/UX and incorporating a seamless payment gateway, the two roped in Nathan Blecharczyk. Blecharczyk was a 24-year-old tech wizard from Harvard who had made his first million dollars by building a suite of e-mail marketing products while he was still in high school. He single-handedly coded the entire site, which was now called Airbnb. A flexible, global payment system was set up and the site was hosted on the servers of Amazon Web Services (AWS) – a system that allows business to rent servers on a per-need basis which was in its nascent stages at the time (it has since become a standard practice for businesses worldwide).

Despite having graduated from Y Combinator, a famed startup incubator in the Silicon Valley, Airbnb was still struggling a year after its inception. Since their site worked as a peer-to-peer apartment rental system, they needed customers to get listings and listings to get customers. This conundrum is what hindered Airbnb's growth in its earliest stages and it was a series of ‘black hat’ marketing techniques that solved it.

Airbnb’s first target was Craigslist – a popular classified advertisement website with a large audience base. They sent emails urging those people who were posting property rental ads on Craigslist to list their properties on Airbnb as well. But that tactic proved to be unsuccessful. So, they innovated and came up with an idea that worked, and one that proved to be the stroke of genius they were waiting for. Instead of trying to pull users from Craigslist to Airbnb, they did the exact opposite. The company encouraged people to create listings on the Airbnb site, making full use of its stellar UI, and then post the same listing on Craigslist with a single click. This led to Airbnb infiltrating Craigslist with a deluge of visually appealing ads that appeared as native content to the classified site's users. Impressed by Airbnb's host and guest review system, easy-to-use payment gateway, and well-designed website and mobile app, customers soon began pouring in. Airbnb ended this tactic after Craigslist objected in 2012, but the damage had already been done.

Meanwhile, Blecharczyk was leveraging yet another system with incredible effectiveness – digital advertising. In its early years, Airbnb ran numerous online ad campaigns on Google, finding the cheapest and most searched keywords to target potential customers who were searching for rental accommodations. And while Google ads were certainly working, it was Facebook that helped them gain the most customers. Facebook's advertising platform had come up with a programmatic advertising system that allowed marketers to target audiences based on a plethora of criteria – the age, location, gender, interests, and hobbies of Facebook users could now be used to create incredibly relevant ads. And since Facebook ads were incredibly cheap during those days, Airbnb utilised the platform to its maximum potential, spreading the word about their site to millions and gaining customers in droves.

Using these marketing tactics, coupled with a largely faultless product, Airbnb amassed over one million bookings by February 2011, a number that passed four million by January 2012. Since then, Airbnb has recorded a geometric rise in bookings, with the company accruing 40 million nights booked in 2015 and a staggering 80 million in 2016. Having become profitable in 2016, Airbnb shows no signs of slowing down and is planning a series of category expansions in the immediate future.