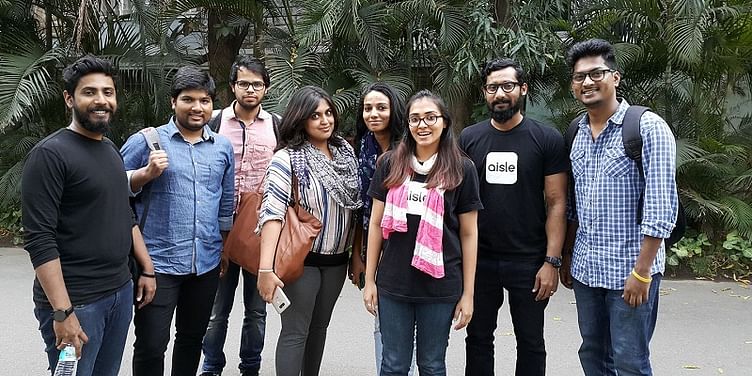 Would you download an app to custom create your girl gang?

Rhea recently moved from Chandigarh to Hyderabad after accepting a plum job offer in the southern city. Leaving behind her family and friends, she was enthusiastic about embarking on the new phase in her life, but wished she had friends in her new city to show her around, help her settle in, and generally hang out with, so she wouldn’t feel too homesick.

Neha loves hanging out with friends on weekends but hates leaving her Labrador alone at home. Since she is at work through the week, the weekends are the only days her pet gets to be with her. She wishes she was friends with other dog owners so she could take her Lab along on visits and have somebody to compare vets and diet info with.

Stay-at-home mother Priyanka has started feeling that her five-year-old son is getting dull during the summer vacation, spending too much time in front of the television. She wishes she could organise play dates for him but does not want to be bored to death spending time with other moms she doesn’t share a rapport with. She wishes she knew mothers with children her son’s age, who are also crazy about Game of Thrones, so she could chat about her favourite show while the children played.

Heel the World (HTW), launched a few weeks ago, is the perfect app for these women and many others like them, who want to make friends and connect with other women with whom they share common interests. Founder Able Joseph, who was also the brain behind dating app Aisle, says,

"Though there has been a proliferation of dating apps in India, Heel the World is derived from an interesting and new concept of using apps just to make friends. With growing numbers of women moving out of their hometowns to new cities and leading lives separate from their families, my team is confident the app would be a safe and fun way to make friends."

With a cutesy logo of a stiletto (it’s ‘heel’ the world, get it?), the app has an aesthetically pleasing as well as user-friendly interface. HTW allows users to create profiles, upload photos, and connect with other like-minded women in the vicinity. To start interacting with a person, you will have to like their profile and have them like yours back. Since the style closely mimics dating apps, a first-time user is likely to experience a slight weirdness factor while browsing through profiles of the same gender, which would be overcome as one gets used to the idea of apps for platonic friendships.

It was a deliberate decision to restrict the app to women since it provides them with a safe platform away from the male gaze. Since a woman can choose three communities from popularly identified interests and kinship that women share such as Travellers, Foodies, New in Town, Mothers, Artists, and Pet Lovers, it makes it easy to connect with someone of the same wavelength. The app could also become a networking platform to help them with their careers, especially in the case of freelancers.

Heel the World is available for both iOS and Android devices and can be downloaded from the Apple App store or Google Play store.

The walk down the aisle

The Bengaluru-based team had previously launched Aisle in 2014. While matrimonial portals cater to people wanting to settle down with a life partner and dating apps are favoured by those looking for casual relationships, Aisle had offered the best of both worlds. With the trendiness and convenience of a dating app and the seriousness and in-depth information that matrimonial services provide, Aisle.co targeted those looking for serious relationships and willing to pay for it.

Aisle raised its third round of funding in February this year, led by CIO Angel Network, with participation from Konglo Ventures, White Unicorn Ventures, and LetsVenture. This seed round comes after two angel rounds raised in February 2015 and January 2016 worth Rs 1.25 crore and Rs 6 crore, respectively. The amount for this round, however, remains undisclosed.

With 1,00,000 active members and 29,000 connections to its credit, Aisle is popular among urban Indians today. Let us wait and watch if Heel the World scales up as well!