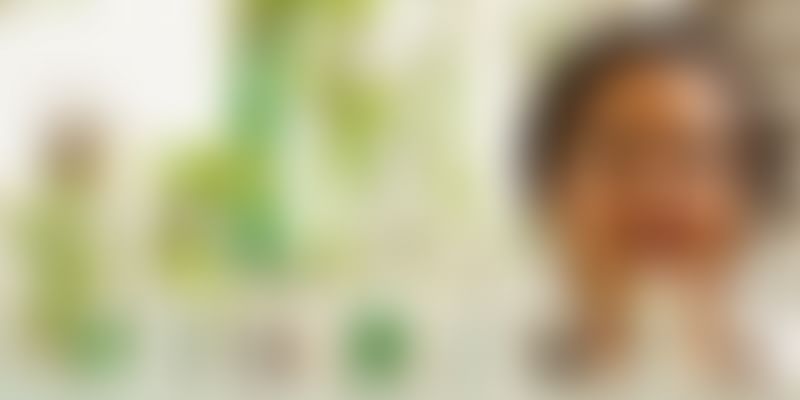 Three designers in Baroda, Varanasi and Indore have seen mixed results when they tried selling online. Challenges of discovery still plague e-commerce. But for them online retail is the future.

How do we know when an innovation, technology, or new industry is good? To me, it is when it positively impacts a large group of people, especially those who were previously marginalised.

In China, there are over 1,000 so-called ‘Taobao Villages’. These are rural communities that are overcoming poverty by selling everything from eggs to toys on Alibaba’s consumer-to-consumer e-tail subsidiary, Taobao. The ‘Taobao Villages’ are a sure sign of the highly positive impact of e-commerce in China.

China has arguably had a head start over India in e-commerce — Alibaba was founded in 1999, while Flipkart was launched 10 years ago in October 2007. China’s e-commerce sales were almost $900 billion in 2016. The e-commerce industry in India was at around $32 billion last year. While the Indian e-commerce market might pale in comparison with China’s, it is not small by any standards and online trade has created ripples even in small towns of our country. So while the Indian equivalent of ‘Taobao Villages’ might still be far away, it is time we started looking at the real impact of e-commerce in India beyond GMVs and other metrics thrown at us by e-commerce firms.

YourStory decided to look at small manufacturers who are not located in the metros. We did not want to look at resellers who retail goods of brands in large numbers or at the large factory owners who churn out thousands of products. We instead spoke with three designer-producers, who are all involved in creating upcycled products primarily by hand, to see if e-commerce has really had an impact on them.

The sculptor of used bottles

Ekta Doctor moved back to her hometown Baroda in 2010 after doing a glass art course in the UK to set up a glass-making company. Before the course, she lived in Mumbai and worked in advertising. She would have loved to set up shop in Mumbai as that would have meant being closer to her customer base. But the lower costs of Baroda won her over. This turned out to be a great decision as, along with low costs, the industrial character of Baroda meant access to cheap raw materials and equipment. She started Wonky Works to create new pieces of glass art, from wall hangings to decorative bowls. To reach out to customers Ekta, 35, took part in exhibitions in the top metros, an effort she doesn’t enjoy as not every event draws her kind of customers, she has to pack and transport her fragile glass works, and repack and bring back unsold items.

A few months after she started out she began receiving requests from friends and acquaintances to take their used glass bottles. “In a dry state, many people were just breaking the bottles and not even giving them to raddiwallahs. These broken bits would end up in landfills and glass takes about one million years to decompose. I felt it was such a waste,” recalls Ekta. She started creating products she could use, like a money plant planter, with these bottles. She started reading about the environment and began following a zero-waste lifestyle. People were also showing appreciation for the products she was creating out of the used bottles. Around 2012 she stopped creating fresh glass work and focused solely on upcycling. Around the same time, she set up her own online store through website builder Zepo. She initially wanted to sell only through her site. “But orders were very low as I don’t have the time or the inclination for marketing and only those who have seen me at exhibitions were coming to my site,” says Ekta.

Last year she listed her products on Amazon, then on niche sites and alternate marketplaces like myBageecha, LoveThisStuff, and World Art community. Ekta, who employs three people, earned Rs 15 lakh revenue in FY 2016–17. Her revenue is linked to production capacity, which is at around 50 pieces a day depending on the design.

Growth for Wonky Works has been much faster thanks to online commerce, says Ekta. Exhibitions, as mentioned earlier, have their unique challenges. “Temperamentally I prefer to focus only on making my products. I am not very comfortable with marketing and sales. If I didn’t have the online channel I would not be doing upcycled glass work, which is my passion. I would have focused on architectural glass, which is used for interiors, as I would have found business for it locally. Neither would I have put as much effort into exhibitions as I don’t really enjoy them and they are my primary marketing tool,” says Ekta, who right now sells around 350 pieces online. The channel accounts for under 35 percent of her overall sales and she wants to bring that up to 50 percent this year.

But online selling has not all been rosy for Ekta. She says Flipkart will not list her products until she gets a trademark registration and she does not see much sales on Amazon as discovery is a big problem due to the sheer number of products on the site. Ekta says:

Search for a napkin holder on Amazon and you will get 40 pages of results, so it is very difficult to be discovered by a customer who doesn’t know Wonky Works. I find curated marketplaces like myBageecha and LoveThisStuff better in terms of sales and experience.”

She now plans to list on other such niche online retailers. She has also started outsourcing functions like social media marketing and catalogue photo shoots so she can focus on scaling up production. With better marketing, she hopes to leverage the online channel better.

The maker of tyre bags

Kapil Sharma used to travel on a road that saw heavy traffic of trucks on his daily commute to the Design Institute of India in Indore, where he taught the basics of design. He also saw old tyres and tyre tubes lying outside roadside puncture shops and saw raddiwallahs carrying these parts. He started collecting the tubes from puncture shops, treating them, and trying out different designs. In 2010 he created three products — a handbag, a stationery pouch, and a wallet. He made 25 pieces of each design and took them to an exhibition in Pune to see what response his products would get. They were sold out in two days.

Until 2013 creating bags and other products out of used tyre tubes was a passion project for Kapil; he did not see it as a business. However, that year an international magazine wrote about Eco Wings, his brand of upcycled products, and enquiries started pouring in from across the world. He quit working full time at the institute and set up an independent workshop in Indore. Kapil, 36, started getting export orders, mostly thanks to inbound interest.

Kapil tried out online portals in India in 2014. That year he saw good sales volumes through Flipkart and Snapdeal, which had limited number of merchants at that time. However, the volumes came down drastically in 2015 and have not picked up. This coincided with the two portals increasing their seller base dramatically. Kapil says as a small manufacturer he cannot spend time or money on marketing and expects online portals to step up. Kapil says:

I don’t know why, but online hasn’t worked for us so far. Maybe there are too many sellers or we haven’t tried the right strategy.”

He, hence, focused on international business and has forged partnerships in Europe and North America to increase his presence in those markets. Exports made up 90 percent of Eco Wings’ Rs 1 crore turnover in FY 2016–17. However, Kapil wants to increase his India sales and is exploring partnerships with offline and online stores. He hopes upcycling-focused online stores and niche marketplaces will give his products better visibility.

The converter of scrap

Shikha Shah was working on a mobile-based rural networking app at IIT-Madras’ Rural Technology and Business Incubator in 2015. There she met entrepreneurs and others working in the space of upcycling and found the concept interesting. She was also toying with the idea of moving back to Varanasi to live with her family, as she had not lived with them since moving out to pursue her under graduation course in Delhi around a decade ago. So she started creating a business plan for a venture that would create products out of scrap — something she could work on with her mother even in a small city. When her rural network app idea got shelved, 28-year-old Shikha decided to focus on the upcycling plan.

In January 2016, Scrapshala was founded with a service focus. The idea was that her team would pick up scrap from homes, upcycle it, and return it to the house from where the scrap was picked up for a nominal cost. This has since evolved. Shikha and her mother design the products with the help of a team of around 10 artisans. Waste pickers pick up the scrap from households and drop them at her workshop — a 3BHK apartment in the heart of Varanasi at a rent of Rs 10,000 a month that includes electricity and water charges. The waste is cleaned and treated and depending on the kind of scrap, which ranges from audio cassettes and glass bottles to tyres, it gets converted into handcrafted products like stationery, trays, stools, clocks, and coasters.

Like Ekta and Kapil, Shikha too started reaching out to customers through exhibitions. With a large middle-class population and a constant inflow of domestic and international tourists, Varanasi has seen the growth of modern cafes and interesting stores through which Shikha got her initial sales. She listed on sites like Flipkart and Amazon in April and later, in September, on sites like LoveThisStuff, Kraftly, World Art Community, and Engrave. “That’s when we started scaling up. On Flipkart and Amazon we get lost,” says Shikha. Scrapshala also takes on projects like doing the entire interiors of a cafe or hostel, from wall art to furniture. Such projects bring in around Rs 1 lakh. The online channel accounts for around 40 percent of the company’s business right now. By the year-end, the company is targeting sales of around Rs 4 lakh a month if the production continues to scale up at the same pace.

“For our current production, we have enough orders. Without the online channel, I would not have been able to reach out to an audience outside Varanasi. I can choose to be headquartered in Varanasi where costs are at least 10 times cheaper than in metros,” says Shikha. She has now entered into partnerships with select stores in Mumbai and Kolkata.

So there you have it. E-commerce has started making an impact on small producers but more than biggies like Flipkart and Amazon it is the smaller, curated platforms that are giving them visibility and reach. This will be the challenge for Flipkart and Amazon to solve if they want to look beyond resellers and large brands.