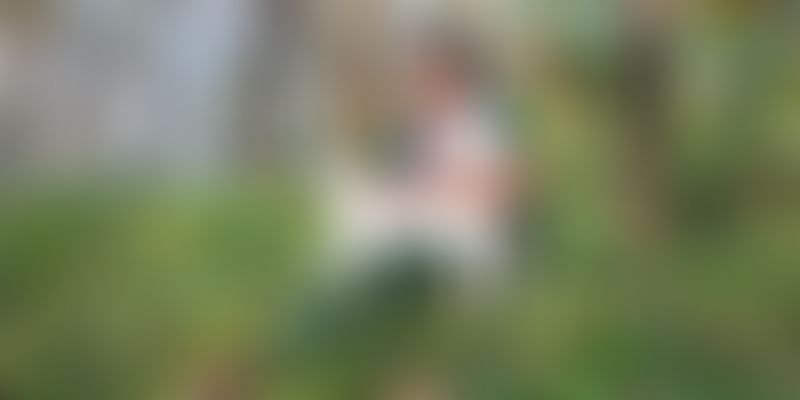 This story is sponsored by HCG.

It is the crack of dawn on a Thursday morning and the community of Kelakam in Kerala’s Kannur district is already up and about, with people making their way to church. Among them is Pushpa Anthony, who has come briskly walking to the shrine almost three kilometres from her home. Her eyes light up as she walks up to the pulpit and reads the scripture for the morning mass. The ritual is important for this 51-year-old, for it is her unwavering faith in God that helped her through a series of misfortunes that culminated in breast cancer.

Like so many others in her community, she lived with her family on a small rubber plantation, their primary source of income. In 2007, they were blindsided when heavy monsoon rain and winds badly damaged their house. The second shock came when, after repairs, their abode was deemed unfit to live in due to structural faults. In a move that proved disruptive for the family, Pushpa had to move in with her sister who lived in the nearby village while her new house was being constructed.

As they say, it never rains but pours. The family was coming to grips with the situation when Pushpa discovered a lump in her breast. In the normal course, she would have thought nothing of it, but it so happened that around the same time, she spoke to a friend who had been diagnosed with breast cancer. The similarity of their situations convinced her to go to a hospital to assuage her doubts. To her relief – albeit temporary -- the doctor told her it was just a hormonal problem and put her on a month-long course of medicines. But her relief turned to unease when there was no improvement. She went to the doctor again and, this time round, he directed her to an oncologist in Thalasseri, the nearest town. Her worst fears were confirmed when the diagnosis came: first stage cancer.

Her immediate thoughts were about her family. Her son had just finished Class 10 and her little daughter was in Class 3. It tore her heart to see her husband weighed down by the latest in a series of misfortunes and she wondered how they were going to manage. Summoning all her inner resources, she decided she was not going to let cancer defeat her.

“We all have to die one day anyway. It’s not like only cancer could be the cause. I decided that whatever had to happen would happen by the will of God, and I would face it with a smile. You have to meet whatever challenges come your way without complaining. I believe that there is a reward for the penance you do. So, with my faith in both God and my doctors, I decided to go forward and face the situation instead of being cowed down,” she says.

Her first approach after the diagnosis was to read up everything about the disease to better understand the treatment recommended for her. Her doctors at the cancer hospital in Thalassery recommended surgery, chemotherapy and radiation. They gave her the option of going for treatment in bigger hospitals if she so preferred. But she consulted with other doctors, and upon receiving assurance that she would be getting the best care, opted to start treatment immediately.

Recalling her stay at the hospital during her treatment, she says she observed other women spiralling into depression and withdrawing into themselves. She did her best to comfort them and draw them out to socialise with each other. She is haunted by one particular case of a woman, who was in the advanced stage of breast cancer. Tragically, though the woman had been fortunate enough to have a very early diagnosis – when it could have been easily managed – fear and ignorance pushed her into a state of denial. She eventually landed up at the hospital very late. Citing this example, she exhorts people to get a check-up the moment they feel something is wrong.

“One of the things I did was to follow every single thing that the doctors told me to do. I even called up my [knowledgeable] relatives for more advice,” she says.

Nine years later, Pushpa is the very picture of health. She wakes up at 3 am, cooks for her family and then she’s off to church for spiritual sustenance. The rest of her day is labour-intensive, spent minding the rubber plantation, making rubber sheets, taking care of their goats and tending to her small vegetable garden. She has also developed a sisterhood with the plantation workers, talking to them about breast cancer awareness and the need for regular check-ups.

Since overcoming cancer, Pushpa has relentlessly worked towards creating awareness in her community. She was the president of a cancer awareness and support group, and used to go to awareness camps to give inspirational talks about her experience. She was a regular until it became too difficult to manage, as the plantation needed a lot of time investment.

She attributes misconceptions regarding cancer on lack of awareness about the disease as well as the treatment options. One of the first things patients ask her is whether they would lose their hair due to chemotherapy. This is a particularly relevant concern in Kerala, where women, blessed with long tresses, take immense pride in their crowning glory. She explains the cancer treatment in detail and what the patients need to do afterwards. For her, the most rewarding part of doing this is the fact that she has been able to help so many women and their families.

Pushpa says society has a long way to go in cancer sensitisation. What exasperates her is all sorts of misguided perceptions about it, leading people to even ostracise cancer survivors. Breast cancer, especially, gets the short straw as it can be hereditary as well.

Such attitude came painfully home when her nephew received a marriage proposal. The family liked the girl but were hesitant to go ahead as her mother had breast cancer and they feared that it would pass on to her as well.

Pushpa wonders, “If that is the case, will my daughter never get married?”

But this being Kerala where the literacy level is high, the nephew convinced his family that the emperor of maladies could strike anyone anytime, and now the couple are happily married.

This is the sort of ending Pushpa would like cancer-related stories to have and she continues to work towards it tirelessly.