From auto drivers to the layman lacking medical knowhow, Knorish is imparting knowledge all round 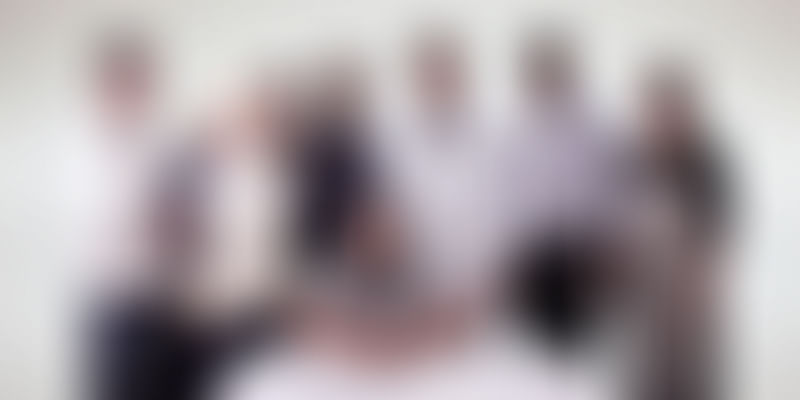 With its easy-to-build and user-friendly cloud platform, Gurugram-based Knorish is helping organisations of all sizes learn the importance of training.

What could the driver of an electric auto-rickshaw in Gurugram have in common with a student from India’s premier luxury consulting business school? On the face of it, not much. But as consumers, both use the same online platform to climb the learning curve in their respective professions.

Fledgling startup Knorish, which just won the prestigious Microsoft BizSpark Plus award, has been helping organisations of all sizes develop, manage, and sell content for online learning. The company, which launched a public beta version of its platform in December 2016, is the brainchild of husband-wife duo Kiner Sachdev and Rakhi Wadhwa.

Kiner and Rakhi met as students at Newcastle University in the UK, which was also home to their first venture, a consultancy to build educational projects.

“Having worked in this sector earlier, we realised that online platforms in the space, though popular, were complicated. And there weren’t any solutions that helped companies develop and manage their own training content,” says Rakhi.

They began working on a solution that would simplify the training process for both users as well as organisations. Today, Knorish’s proprietary platform helps companies train in-house employees and also monetise their knowledge by allowing them to sell courses to external audiences.

The global corporate and government training industry is worth $300 billion today, and online learning is expected to constitute more than 50 percent of this number, at an estimated $168.8 billion, by 2018.

Rakhi strongly believes that organisations undermine the importance of training. “Training can create the DNA of an organisation. But surprisingly, people consider it an accessory or a luxury,” she says.

“On the other hand, large corporates are stuck employing age-old methods that are not effective. The online medium is more engaging and helps reinforce the learning at a convenient pace,” says Kiner.

According to the team, Knorish is like the Shopify of online courses, with a focus on DIY and automated content creation.

Targeted at enterprises and publishers, Knorish enables them to customise course modules, which can be easily deployed via mobile devices. The platform helps publishers create courses in diverse formats, and gives them an option to brand and sell these online. One such client is Vidyanta, which not only trains medical personnel, but also educates laypersons on how to manage diseases.

When Gurugram-based electric auto-rickshaw company Smart E wanted to educate 200 of its drivers on ways to maintain their smart vehicles, they turned to Knorish. Smart E wanted the training to be seamless and easily accessible for the trainees. “We helped them deliver the modules directly to the drivers’ phones, without the recipients having to download an app,” says Kinner.

“What sets Knorish apart is that it is not a competitive marketplace. We have everything ready-to-implement, and within a day, your customised training platform can go live,” claims Rakhi.

Their B2B SaaS model for enterprises involves a per-user-per-month flat fee. For publishers, they work on a small percentage of the transaction fee.

Their proprietary cloud-based platform has been built from scratch, and is totally based on Microsoft Stack. “It’s all indigenous, in-house technology, and we have not used open source core components,” says Abhimanyu Vatsa, a five-time Microsoft MVP award winner, who heads Knorish’s technology function.

“This year, we are targeting a revenue of Rs 2 crore, and are on track to achieve that. The next year, we are looking at over a million dollars,” says Kiner.

The bootstrapped startup began with $50,000 invested by Rakhi. In 2015, they were named one of the winners of the National Skill Development Corporation (NSDC) Innovations for Skills Challenge, and were scheduled to receive $500,000 as prize money. However, that agreement got mired in red tape, and the funding never came through. “That was a challenging period for us,” says Kiner.

Knorish is also one of the five finalists selected from among 270 startups on CNBC Young Turks’ Tie the Knot competition.

The recent Microsoft prize money of $120,000 could not have come at a better time for the startup. Currently, they are an eight-member-strong team, and they are in the process of growing this number.

Apps will be another area of focus in the next year or so. The company is also working on building AI-based bots to take over functions such as the automatic onboarding of new joinees. Another exciting area they are exploring is the use of augmented reality in their modules.

One of their key prospects is a $150,000 contract with a large Fortune 500 corporate based abroad, which wants to deliver training across the Asia-Pacific region using Knorish’s technology. With 13 works in the pipeline, and five going strong in a live environment, the future looks good for Knorish.