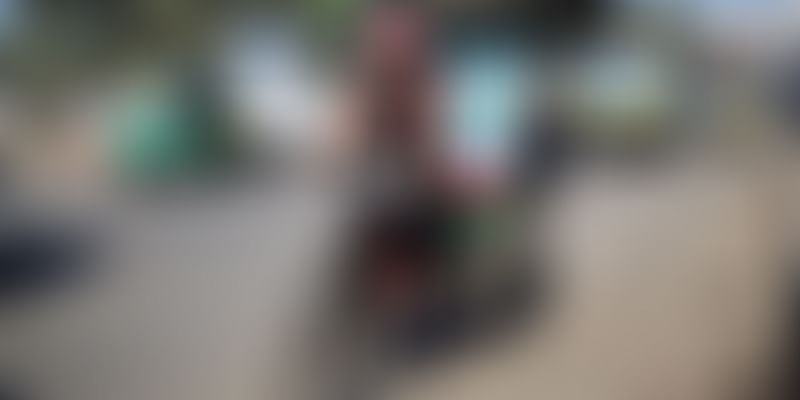 Forty five-year-old Mosammat Jasmine is a woman who has tried her hand at several professions, from being a domestic maid to working in a garment factory. Now, she has become Bangladesh’s first and only known woman auto-rickshaw puller. The mother of three is called “Crazy Auntie” in and around Chittagong, where she pulls an auto rickshaw and earns around 600 taka (Rs 500) daily. She told The Hindu,

“I do it to make sure my sons don’t go hungry, and get a decent education at a good school. Allah has given me a pair of hands and legs to work with.”

Jasmine started pulling a rickshaw five years ago, when she realised being a maid or working in a factory didn’t actually help in meeting her needs, not if she wanted to take care of her family’s basic needs and give a quality education to her sons. However, initially, she had to face a lot of problems, as Bangladesh is a conservative country, where a woman taking up such a job is practically unheard of. The New Indian Express reports her saying,

“Initially, many simply refused to get onboard, and some taunted me, saying I was doing a man’s job.”

She was breaking a huge gender stereotype unknowingly, though her intention was just to find a stable means of survival. Her husband left her for another woman a few years ago, and since then, she has been doing an exemplary job at being a single mother and the only earning member of the family.

In spite of the initial hurdles, she is applauded by the traffic police for always wearing her helmet, which too had been unheard of until she took the job, and for her good road sense.