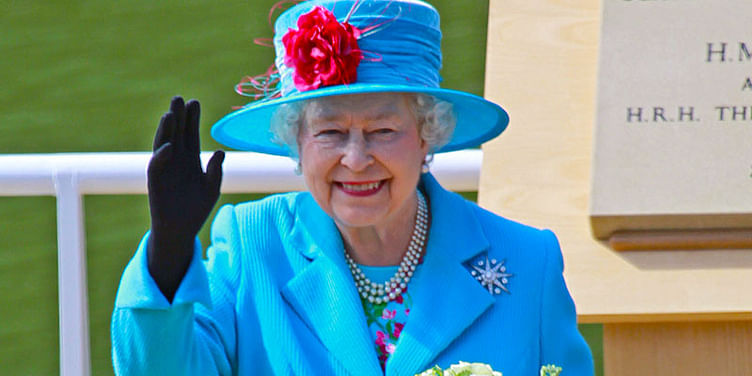 “Let us not take ourselves too seriously. None of us has a monopoly on wisdom.”

The idea of a monarchy still flourishing in the flux of 21st century politics may seem like an anomaly to many. However, what would the British identity be without the crown?

While the role of the monarchy has been at constant odds with the changing nature of the British Parliament, it is a universal acclaim that while the reigning monarch may not have the power to take the ‘final call’ in matters of state, she will still have an undistinguishable role to play in the matter. Since her coronation back in 1952, Queen Elizabeth II, the current reigning monarch of England, has never looked back since. Now in 2017, she is the longest reigning monarch after her great-grandmother, Queen Victoria.

Through the course of her reign, Elizabeth has watched the rise and fall of dynasties, the total recall of political ideologies and structures, and even witnessed the famous Brexit of her country from the European Union. As the future Queen of the United Kingdom, Elizabeth had been schooled in royal matters from the time she was a little girl. As a result, her famous slogan – “I have to be seen to be believed” – has been a concurrent theme through her life and reign. Elizabeth’s reign witnessed the building and subsequent tearing down of the Berlin Wall, she was called a ‘dear friend’ by the South African anti-apartheid icon Nelson Mandela, and even today continues to preside over the Commonwealth, constituting 52 member-states, which includes 15 former colonies including Australia and Canada, where she is still the sovereign.

As historian, Kate Miller puts it, “She has been a constant in an ever-changing world, and embodies the history of the 20th century.” Indeed, Queen Elizabeth II is perhaps the reigning monarch who best knows the age of ‘modernisation’.

Elizabeth has been a beacon of female empowerment for women across the world. She has rekindled the faith in a woman’s ability to rule as well as any man and that she can commandeer an undying sense of respect and awe from her people. During her 65 years on the throne, she has undertaken almost 300 official overseas visits to 129 countries, posed for 139 portraits, and given thousands of speeches, and continues to do so even at 90. She rarely opts out from an official engagement and even actively uses Twitter!

Another factor that makes the Queen so popular is her carefree attitude. While not devotedly and ceremoniously performing her duties, she likes to crack open a bottle of gin, blurt out an occasional stomach-doubling joke, and sport the brightest colours while making her public appearances.

She was always a keen proponent for invention. Despite resistance from Prime Minister Winston Churchill, she insisted that her entire coronation be filmed and shown live on television. In 1969, she allowed the making of a documentary, Royal Family, which gave three-quarters of her subjects and some 40 million viewers a glimpse of the Royal life behind closed doors. She sent her first email from an army base back in 1976, and launched the Buckingham Palace website in 1997. She even owns an iPod, which is certainly something considering she was alive to witness the creation of the television!

In an effort to win over the public, Elizabeth made a bid that set her apart from the rest of dynastic history – she decided to endorse measures which would reduce mandatory public spending. Publicly acknowledging the fact that the monarchy was indebted to the public tax and revenue system for its functioning, and in an attempt to repair the Windsor Castle after the fire of 1992, she opened up a part of the Buckingham Palace to the public for the first time in British history. She volunteered to pay income tax and capital gains tax, and in 2013, called for the reform of the Civil List, the biggest change to royal funding in 250 years.

She is highly encouraging of cultural diversity, and in 2002, at the age of 75, made excursions to a mosque, Jewish museum, Hindu temple, and Sikh gurdwara, all in the UK.

Queen Elizabeth II may be turning a year older today, but the spring in her step and the twinkle in her eyes gives away her eternally youthful spirit. Long live the Queen!