Why more and more people in Ahmedabad are tuning in to 107.8 FM 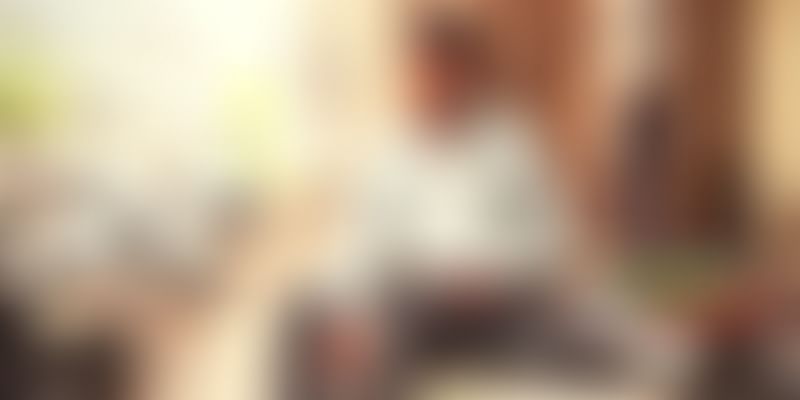 Through Radio Nazariya, the lower and middle income group – India’s ‘Aam Aadmi’ – such as daily wage workers, the elderly, and the youth, have a place to speak, and seek help.

In June 2016, residents of Gujarat’s largest city, Ahmedabad, woke up to a pleasant surprise. Commuters, home workers, and labourers suddenly had a new frequency to tune in to on their radios. Between commercial radio stations that thrive on entertainment and exasperating adverts, and public service stations that drone monotonously, was the choice of Radio Nazariya at 107.8 FM.

As the name suggests, Radio Nazariya was there to provide perspectives. But whose, you may wonder.

Gujarat’s very own Amdavad is its industrial, and hence, economic hub. This growing economic status of the city has given rise to some of the richest and, at the same time, the poorest of Gujarati communities.

The industrial city, due to its very nature, also attracts people from various other states and cities for employment. This means that joining the already marginalised are scores of daily wage labourers. It is their voice, and that of common people – the lower and middle income group – such as a vendor selling fruits on the street, a housewife, an elderly pensioner, a child, or an educated but silenced youth, that can be heard on Radio Nazariya.

Therefore, what Radio Nazariya essentially is, is a community radio station – a platform that engages community members in a space where they can talk about, and find solutions to, the issues that affect them. Swati Joshi, who has been Radio Nazariya’s project manager for two years, explains the need for such a community radio,

“If I’m a daily wage worker, and I have to get my Aadhaar card made, where do I go? Or if I’m a woman who is being tormented by domestic violence, or I know someone who is, what do I do? And when more and more voices join in and question, we have their voices as indispensable proof that their rights are being ignored.”

Addressing such fundamental, everyday issues faced by the common people by providing valuable information on existing laws and procedures, or by direct intervention, by means of creative and engaging radio shows is, as Swati goes on to explain, Radio Nazariya’s purpose. “Community media has that power,” she says.

Radio Nazariya was conceived in 2010 by Drishti, a 24-year-old NGO that has effectively been using community media to open dialogues on human rights and its violation. Drishti, which already firmly believed

in the power of video, theatre, radio, and other creative mediums to create dialogues, began its community approach when a few of its volunteers expressed the wish to make a documentary. Soon after that successful attem

Until 2006, only well-established educational institutions, other than the government itself, were allowed to set up community radio stations. But many activists believed that the issues addressed by these institutes were highly specific and limited. Therefore, after much lobbying to alter the policy, NGOs were given the authority to run community radios. The rules, however, were very stringent, and haven’t since made the process easier for NGOs.

In order to apply for a community radio licence, an NGO must have a trail of three years of social impact to show for itself. Although legit, and although for a well-established organisation like Drishti, this rule was not a problem, Swati explains that the licensing process is many layered and complicated. Adding to this was the hike in licensing fee from Rs 19,700 to Rs 91,000 in 2012. It is for these reasons that many NGOs give up halfway.

“The biggest challenge, however, is of funding. We want to pay our producers well, because it is their only source of income. Moreover, good transmitters and audio processers cost around Rs 5-6 lakh, which is very expensive for a non-profit organisation,” she reveals. Also, being in an urban setting, high rise buildings come in the way of transmission, thereby reducing their broadcasting capacity to seven km, when they could otherwise be broadcasting 10-12 km.

“Reaching out to more people means better equipment, and better equipment means better funding, and better funding comes as the result of a better reach. It’s a vicious cycle,” she says, adding, “The phase of licensing we’re in doesn’t allow us to get sponsors, and even when we do, we’ll only support local brands, so advertising rates will be highly subsidised and cannot be a good source of revenue.”

To break out of this cycle, the team is currently crowdsourcing funds till the end of this month, hoping that their efforts won’t go unappreciated.

When a radio station combines entertainment and education

Despite these challenges, things are looking good for Amdavadi Radio Nazariya. When they first began broadcasting, Swati reveals that there were no promotions involved. “One day, we simply began broadcasting, and as the days passed, we started receiving calls from people, some even asking us to broadcast for longer hours!” This, as Swati exuberantly explains, was an immense boost to the team.

Radio Nazariya currently broadcasts eight hours a day, reaching localities such as Mirzapur, Kalupur, Astodia, Paldi, CG Road, Dariyapur, Narole, and Lal Darwaja with its transmission radius at the middle of city, in Khanpur. This radio station is not only empowering communities, but also its members, most of whom are from the benefitting communities themselves.

“Some of these people hadn’t even seen computers before, and now they’re running radio shows! The radio producers who run the radio station belong to different communities residing in Ahmedabad. It’s a mix of religions, castes, classes, and educational backgrounds. Our team comprises of some girls who are in college, some who have not completed their education, some women who are housewives, and also aspiring musicians.”

And because of this, Radio Nazariya forms an instant connect with the communities, which are starting to recognise it as their own voice.

To keep the communities engaged, their shows are painstakingly produced to maintain an edu-tainment approach, which has always been Drishti’s signature. With different kinds of audio formats and story-telling techniques, Radio Nazariya covers every inch of the human rights issue.

City, health, hygiene and sanitation, and disabilities are covered in their Shaher Nama show; violence against women, and their financial inclusion in Behan Giri; youth skill development, and opinions of the youth in Yuva Front; education and children’s right to education in Kalrav; and literature – mainly Gujarati literature and poetry – and Indian classical music in their Abhivyakthi show. (For people who aren't from the city, a peek into these shows can be caught on their SoundCloud page.)

With this kind of variety, Radio Nazariya wants to “break the developed taste of audiences that have made them passive listeners. Nobody really likes the highly commercialised radio stations, but they listen to them out of a lack of other options,” Swati explains.

This approach has already worked, as they have seen an increasing engagement with their listeners. “We went to Riverside School, where we asked the children what they wanted to listen to, and we gave them the liberty to produce a show for Gandhi Jayanthi; and they came up with fantastic content! They went and spoke to all the right people and all we did was the final editing,” she says, explaining just one of many instances of community engagement they have so far seen.

But a small community is now awake and wants to talk, and there can be no better start than that.