From 13k to Rs 8,000cr: how RG Chandramogan built an ice cream empire 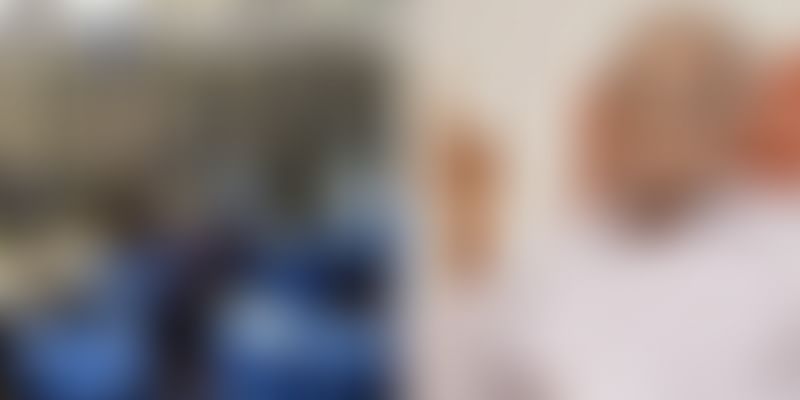 In a cosy yet steaming office in Chennai's swanky Hatsun building, there is to be found a story that speaks volumes about hard work and dealing with life's extremes in a rather 'cool' way. Meet 67-year-old RG Chandramogan, who has today built a Rs 8,000-crore conglomerate with Rs 13,000 in his pocket under the brand Arun Ice Creams. With a tag of being the largest private dairy in India, Hatsun Agro Product today is a testimonial to striking the right chord at the right time.

A resident of  Thiruthangal in Virudhunagar district, Chandramogan started his venture when he was a 21-year-old chasing his dreams. He dropped out of his school owing to the financial constraints, and his family went to the extent of selling all their property to start a business, quite a leap of faith. In 1970, he rented out a 250-sqft space in Royapuram with three employees. The first 10 years of starting up meant exploring conventional spaces of reaching out to possible customers. In an interview with The Hindu, he says,

I will never forget Pandian, Rajendran, and Paramasivan who helped me create my first batch of ice creams. We initially sold in pushcarts. The first 10 years were a lot of struggle.

In the very first year, the company made an annual turnover of Rs 1,50,000 which fuelled their engines. In 1986, the brand found its name Hatsun Agro Product. They eventually nullified the existence of any middlemen between the farmers and the firm, and cut costs by building a tiny factory-cum-sales outlet. Today, the company operates from its three million-sqft office and employs around 8,000 people.

In Tamil Nadu, Karnataka, Andhra Pradesh, and Goa, Arokya and Gomatha are two milk product lines. The company has dairy units located in Kancheepuram, Salem, and Madurai for markets in Tamil Nadu and Belgaum for markets in northern Karnataka and Goa. Arun Ice Creams is a popular ice cream brand in South India, with over 1,000 exclusive parlours. Of the 1,000 outlets, 670 are in Tamil Nadu, 148 in Karnataka, and the rest in Kerala and Andhra Pradesh.

According to a report by Business Line, the company launched Ibaco seven years ago but intends to keep the old- school way of ice cream parlours with cosy rooms, round tables, plastic chairs, and a freezer in a corner. With 80 outlets and a big number to chase, the company is chasing a promising sector.

Chandramogan today is one of 41 Indian billionaires. In 2002, his son C Sathyan was named the executive director of Hatsun Agro.