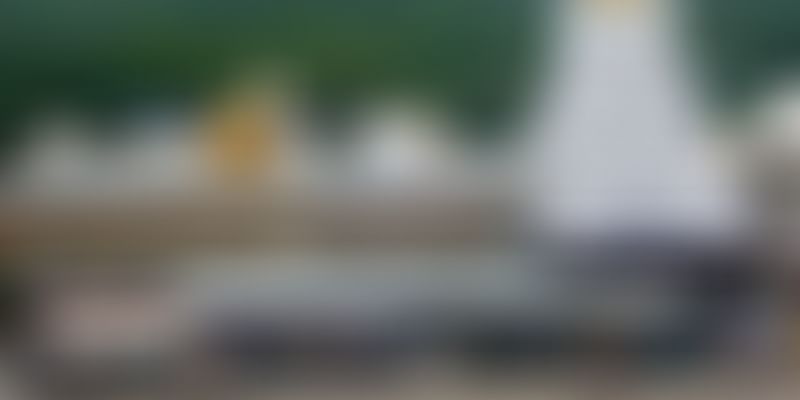 The temple is considered to be one of most revered among the Hindu pilgrim destinations, and the temple administration had never allowed anybody to take a camera inside before Delhi-based award-winning documentary filmmaker Rajendra Srivathsa Kondapalli was permitted to shoot the film.

According to an official release by the filmmaker, the documentary exclusively offers a journey into what the faithful believe is the spiritual home of Sri Venkateswara Swamy, the benevolent form of the Hindu god Vishnu.“While most pilgrims wait in line for hours for a fleeting glimpse of the deity, this film allows viewers to experience the temple and its surroundings like an insider would, including getting a front-row seat to witness the spectacular annual celebration of Brahmostavam – an event that attracts such massive crowds that it makes the Tirumala temple one of the most visited Hindu pilgrimages in the world,” it said.

The film, it is claimed, takes viewers inside the most memorable of experiences, presenting the magnificent sanctum and its setting through time-lapse and hyper-lapse photography. “We walk alongside devotees who scale the Seshachalam, or Seven Hills, on foot to reach the hilltop temple for a coveted spiritual sighting of Lord Venkateshwara Swamy,” said the director of the film.

In a report by The Hans India, the documentary walks the audience through the professionally manned crowd management systems and also introduces the audience to the scale of operations managed seamlessly by Tirumala Tirupati Devasthanams (TTD).

Located on the Tirupati Hill in Andhra Pradesh, Tirupati is an ancient and sacred temple of Lord Venkateswara, who is also an incarnation of the Hindu god Vishnu. The temple is located on the seventh peak of the Tirupati Hills, and is also known as the “Temple of Seven Hills”. On a daily basis, over 60,000 pilgrims visit the temple. It also receives over Rs 650 crore in donations annually, and houses Rs 50,000 crore worth of treasure, making it the world's second richest temple, after the Sree Padmanabhaswamy temple located in Thiruvananthapuram, Kerala.