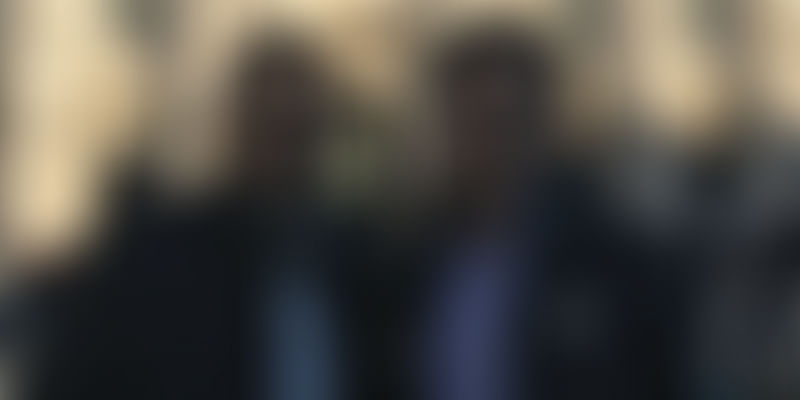 Gurgaon-based electric vehicle (EV) startup Twenty Two Motors announced on Friday that it had raised $1.6 million in pre-Series A funding. This round was led by Ishwar Singh, CEO, Haryana Industries, and saw participation from Farhaan Shabbir, former director of Harley-Davidson.

Twenty Two Motors was incorporated in August 2016 by Parveen Kharb and Vijay Chandrawat with the aim of making EV technology affordable for the current generation. Farhaan was also a founding member of Twenty Two Motors and is currently part of their 15-member team.

Parveen and Vijay were inspired by Tesla's success in the USA and the technological challenges involved and hence decided to enter this sector, taking up the uphill task of indigenous development of EV technology in India. They believe that the current EVs available in India, and most of the new ones, are not progressing fast enough and are also not affordable.

They forged a partnership based on their complementary skills and technology expertise. Parveen is an automation engineer and automobile insider having 15 years of entrepreneurial experience in the sector. He started and is successfully running his two other ventures, JMX works and QCD engineering. Vijay, on the other hand, is a computer science graduate from IIT Delhi and has around 14 years' work experience in the technology, strategy, and operations domain.

Twenty Two Motors claims to have successfully developed its core technology platform consisting of a lithium-ion battery pack, battery management system (BMS), and smart electronics. Parveen, CEO, Twenty Two Motors, noted in the release that since their launch in 2016, they have made a lot of progress in prototyping and developing EV capabilities. He said,

We have been able to attract seasoned and quality talent from major auto companies. Major hurdles of developing the lithium-ion battery, BMS, and smart electronics have also been resolved. This investment is an acknowledgment of our belief that we are working on a product for future generations.

Building for India and future plans

The startup noted that their lithium-ion battery pack and BMS have been developed taking into consideration the Indian temperature profile, thus optimising performance and battery life. The smart scooter will be fully IoT-compliant, with devices like GPS, GPRS, gyroscope, and accelerometer making it virtually theft-proof. The expected top speed and range on a single charge is 60km to 100km depending on the driving speed.

Data from these IoT devices will be decoded by servers, using data mining and artificial intelligence techniques to determine users' ride behaviour. End users will also be connected to the scooter via the mobile app, which will be able to control scooter access remotely. Scooter information is available on the cloud and hence all the troubleshooting and other services can be managed automatically.

Talking to YourStory, Vijay, COO, Twenty Two Motors, said their smart vehicles will be priced at par with the current petrol two-wheelers in the market and will be available in two variants — a base model for the general public and a more sturdy one which could be leveraged for delivery purposes by logistic players.

Twenty Two Motors aims to deliver its smart scooters to the masses in Q1, 2018. Talking about their retail and go-to-market strategy, Vijay noted that they aim to invest in their own showrooms and hire people to cater to customers, similar to what Tesla does for its EVs.

Vijay also said that the while electric scooters can be recharged at recharging stations, they feel the Indian market would prefer to swap batteries and hence they aim to offer that service at their showrooms. Apart from that, he believes EVs are generally low maintenance compared to their fuel-guzzling counterparts.

Talking about how they will deploy the funding, Vijay said,

Twenty Two Motors will also be looking to its lead investor, the CEO of a leading automobile component manufacturer, to gain an upper hand in this space. Ishwar said in a statement,

We have strategically invested in Twenty Two Motors as we could find synergies between both the businesses. Industrial house will gain insights in the EV domain while Twenty Two Motors will have increased capabilities to shorten their product development cycle.

There is global and local interest in adopting EV technology to reduce the dependence on fossil fuels. In India, many legacy players and new-age startups are looking to get into this space and make EVs mainstream. Priced at Rs 4.79 lakh, Mahindra E20 is noted to be India’s first EV. Others in the space include Hero RNT Diesel Hybrid Scooter, Hero Splendor iSmart, Hero Leap, Mahindra GenZe, TVS Qube, and Hyosung ST-E3 EVA.

On the startup front, we have Ather Energy, which counts Flipkart, Tiger Global, and more recently, Hero MotoCorp as investors, Coimbatore-based Ampere Electric, Gujarat-based Yo Bykes, and Tork Motorcycles (backed by Ola co-founders and others), in the space.