Threatened and hauled from the streets, Yogendra Vasupal tells his side of the story 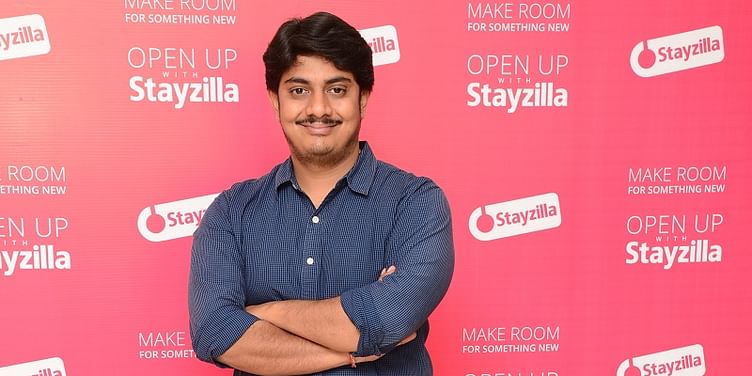 Yogendra Vasupal is finally out of prison. For over a month now, the startup world had a rude reckoning when a founder was treated as a criminal for a civil offence. Since then there have been two sides – the vendor side and the founder’s side. While the vendors have been vocal, Yogendra himself hasn’t been able to say much up until now.

“I have been better. It’s like I said in my blog, if you are an entrepreneur in Tamil Nadu, carry your favourite toothbrush. You never know you might end up waking up in prison,” said Yogendra Vasupal, Founder of Stayzilla in a conversation with YourStory. Last week, the month-long stalemate between Yogendra and Aditya CS, the founder of Jigsaw, finally ended with the high court releasing him on bail.

Yogendra says that Tamil Nadu is a slightly different state compared to others. The police, the Central Crime Branch and the commissioner there, he adds, have the power to remand. “There was no question of the magistrate not signing the order. The cops in Tamil Nadu have a lot of power. If this would have happened in Bengaluru I wouldn’t have gone to prison. The case would’ve been handled under civil nature,” says Yogendra.

Everyone is a prisoner

But Yogendra refuses to hold the police or the government guilty. "It is the system we have built and created," he says, adding that the police have to follow whatever is ordered and dictated to them. Despite knowing the truth, the police, says Yogi, were situationally bound.

“The cop told me in Tamil, 'I am in some sense a prisoner myself, I cannot do much in this situation. The only thing I could do is win it in the long term.' I am a patient man, whether it is 20 or 60 days in jail, I knew that I would clear my name. I just had this gut feeling that I would be safe.”

When Yogi got a call from the Mylapore police station towards the end of February, his first move was to get his lawyers to talk to the cops. The lawyers informed Yogi that everything had been settled and that all the documents had been provided. According to Yogi, he was told that the inspector even confirmed that prima facie it was a civil case.

The lawyers also said that they would draft a letter and share the same with the Mylapore police station. But the inspector added that he was on a holiday. But then when cops from the HSR Layout police station came to Yogi’s house they said that there were cops from Chennai asking for Yogi.

Although there was no summons or warrant, Yogi agreed to go but only with his advocate. The advocate sent someone to the Bengaluru police station. Even then it was a civil suit. The whole situation was confusing and murky. The Chennai advocates were concerned as to why cops in Bengaluru were also involved. Yogi says,

“My lawyers told me, why don’t you come to Chennai and let’s apply for an anticipatory bail, we don’t know what’s happening. On the way to the advocate’s office, Yogi was hauled from the car and taken into remand. They had a large team tailing me for three to four days, and they knew I was going to my advocate's office."

The Madras High Court refused to order mediation as requested by Jigsaw and clearly said that it’s a business transaction dispute between two companies, validating that it’s a civil case and not a criminal one. Yogendra's wife and Stayzilla Co-founder Rupal Yogendra confirmed that other than surety bond for bail, no other conditions were attached to the order.

The ordeal hasn’t been easy for Yogendra, yet he wears a smile and talks jokingly. He says,

“I can just say that it was a government paid holiday. And that is the spirit in which I want to take this whole incident. Of course, it hasn’t been one of the best times of my life but all I can say is that everybody needs to be treated with dignity and respect. Relationships are important, no matter who it is with. I never wanted this issue to be blown out of proportion like this. Every business sees disputes and conflicts and there is a way to resolve it. It is unfortunate that amicable ways weren’t chosen.”

Stayzilla’s relationship with Jigsaw Advertising goes back to 2014. Yogendra has shared the mail conversations that took place with Jigsaw in his blog. When Yogendra was in custody for over a month, there were several questions raised as to the real scenario. Aditya had been vocal about how Stayzilla and Yogendra had cheated the Jigsaw team. To this, Yogendra says,

“I have been in prison. There is no way I could have told or given my point of view. The only way there was an open debate was because there was a half-written and rant of a blog that my sister and wife put out for me. If the first blog wouldn’t have put out, everyone would have controlled the narrative, making me look like the culprit. The first article was out at 11 pm on March 15, claiming I had confessed. If the blog wasn’t out, that would have been the only narrative.”

Using every source of power

One of the biggest concerns that the startup world has echoed in this respect is the amount of time it took for Yogendra to get bail. Yogi says there was undue government pressure to deny him bail. While Yogi was in prison, there was enough pressure on his family to settle the dispute. He says that even some of his ‘supporters’ tried to convince Rupal and his family to reach a settlement otherwise he wouldn’t get bail.

“In one case, a reporter called my advocate and asked him whether I would be going for a settlement since I had been denied bail. To which, my advocate said that when the judge hasn’t come back with the order, how could the reporter know I hadn't got bail,” says Yogi.

The advocates and senior counsel taking part in the case didn’t have all the facts that Yogi has just released in his blog. Being in prison it was hard for him to share any of the evidence or facts. Speaking about of the dispute, Yogi says that in a company that has been in operation for so long and has over three years of working relationship with the vendor, a decision can be taken only by looking at all the records and the dealings made. It means even speaking to some former employees and people who have long left Stayzilla.

The dispute lives on

He adds that being in prison hampered the process. “I think that was the intention. They didn’t want us to defend ourselves the way I can do now. If both Sachit (co-founder and CFO of Stayzilla) and I are in prison or are ‘absconding’, the process gets delayed,” says Yogi.

He adds that internally the team had proof that Jigsaw’s claims had been falsified. Yogi adds that he kept softening the blow by saying that it was discrepancy and deficiency of services. “It’s sad, because he kept calling me his mentor. He could have dealt with this with dignity. I have paid a price for a crime that I never committed.”

He adds that he isn’t even sure now of the other claims of advertisements running. Many of the pictures, Yogi claims, are 'photoshopped' and cannot be evidence of services rendered. He adds,

“In any industry there is a norm to ask for agreements, and a proof. I have been to places where the hoardings cannot cost more than Rs 75,000. But I was billed Rs 3.5 lakh. We had raised money at that point in time, and in 2016 we have made payments to the tune of Rs 50 crore to all our vendors across India. Why wouldn’t we settle his bill,” asks Yogi.

Sachit had asked for a clear trail, right down to the licence holder. It was their way of saying we know what you have done. This happened in 2016 March-April. Stayzilla had continued our engagement with him, because of the long-term relationship we had, and hoping that he had learnt his lessons. Yogi adds that they didn’t think he would use other means.

The Stayzilla issue now works as an eye-opener. There are several issues with regard to compliances, legalities that startups have now woken up to. We are left with asking: are threats the way forward? How do we go about shutting operations, and how can founders be helped in such situations?