6 startups that changed the world of sports. Enrolling with leAD can help your startup do the same 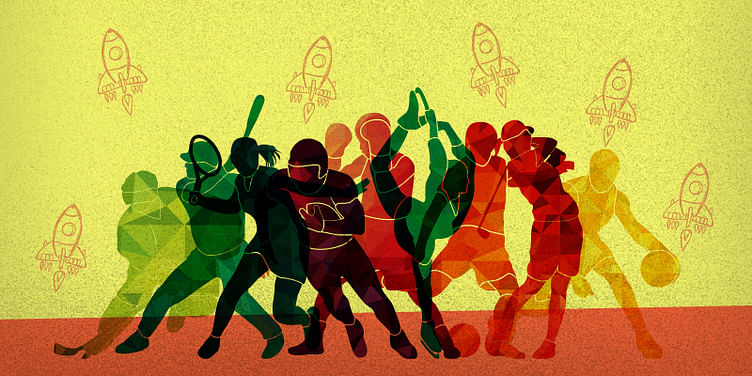 This story is sponsored by leAD Sports Accelerator.

leAD Sports Accelerator is giving wings to a number of innovative early-stage startups across a range of sporting endeavours through a combination of networking, mentorship, funding and industry know-how. Not just in business matters, the association with leAD will give these startups a strong footing in the industry by helping them build lifelong partnerships.

The leAD team, which already has a number of talented mentors on board, now has another eminent mentor in the form of Adrian Simonetti, President and CEO at luxury sportswear brand La Martina.

If you are a startup that’s looking to disrupt the game through fierce, bold and innovative ideas, or want to harness the power of sports and make a positive difference in society, with the leAD accelerator, you too could be a game-changer, just like these six startups have become.

Hurry as the last date to apply is May 31.

RunKeeper is one of the largest, global mobile fitness platforms, with over 45 million users and connected with over 100 third-party devices and services.

A fitness technology company that doubles up as a personal trainer available on users’ smartphone, the app helps users set goals, track their progress and stay motivated with a personalised routine.

The company has a number of other firsts to its credit. One of the first 200 apps to set up base in Apple’s app store in 2008, RunKeeper was also one of the first running apps to include aural feedback for pace and distance, which meant that users didn’t always need to rely on vision to track their progress, making it more inclusive than others in the space.

SeatGeek is a global aggregator of sports, concert, and theatre tickets. Founded in 2009, it carved a niche for itself by helping its customers find the best and most secure deals for online ticket sales and resales.

This move is designed to give legacy players in the ticketing industry a run for their money. “The goal is to use data, design, and technology to get users to go to more events,” SeatGeek CEO Jack Groetzinger said recently.

The focus on data helps customers zero in on the best deals. The company also has other unique features such as the paperless ticket, in which a mobile barcode is delivered to the customer through the app, which can be scanned at the venue. It also gives ticket buyers a 360-degree view of the empty venue, allowing them to pick the best seats in the house.

Fibit burst onto the scene in 2007 and has disrupted the way in which people went about their fitness journey. The ubiquitous brand is now synonymous with all things hip and health conscious. From routine tracking, measuring steps and heartbeats, to building communities of fitness enthusiasts, and even helping the police crack murder cases, the company has seen it all.

A decade ago, founders James Park and Eric Friedman were inspired by Nintendo's Wii which combined motion sensors with software to gamify personal fitness. They gave the humble pedometer a radical facelit, added on a multitude of other features, and ended up creating an entirely new industry of sorts. Though it hasn’t been all smooth sailing, with the company struggling to hold onto its no. 1 position in the market with newer players emerging.

In a step up from being just an activity tracking company, Fitbit is exploring the more serious business of making devices that can come up with "lightweight" medical diagnoses. Recently, the company entered into a partnership with medical device giant Medtronic to monitor diabetic patients, as a step in that direction.

An online platform that connects the global community of athletes and cyclists, Strava is making fitness a more social experience for millions of users, keeping them motivated and helping them train better.

The eight-year-old social networking app allows professional athletes and amateur runners and cyclists to keep track of their workouts and connect with kindred spirits. There is a sense of both competition and camaraderie as members discover and plan routes and workouts, record and share activities, and analyse and compare performances.

Strava recently introduced a new feature, a social reel which curates stories from a select group of sports influencers, to firm up the engagement within the athletic community.

Another key initiative is the Global Bike to Work day, introduced last year and designed to highlight how the company can help city planners improve infrastructure for cyclists through Strava Metro, which works with local authorities in large cities across the globe.

An online matchmaker for brands and athletes, New York-based OpenSponsorship wanted to fill the glaring gap in the sponsorship industry, which had been mostly offline till then.

CEO Ishveen Anand says about of the idea behind the company: "We could really do things better and faster by going digital." And so, the online market that helps bring athletes, teams, sports events, agencies and companies together, was born.

The young company, which started in 2014, acts as a two-sided marketplace: it allows brands to search, connect and sponsor opportunities in professional sports sponsorship, and also allows athletes to list their sponsorship opportunities for brands to purchase. This has helped curb some of the inefficiencies and bottlenecks existing in the offline sports sponsorship business, and made the process faster and more transparent.

OpenSponsorhip charges a monthly subscription to brands for access to the site, which includes analytics, pricing suggestions and visible access to the 2,000+ athletes, and take a commission for the deal from athletes.

Sportskeeda is an all-sports website that aims to have content on all sports on a single site. One of the first few portals in India to deliver quality sports content, Sportskeeda has established itself as an engaging and trustworthy sports media channel. Unlike many other portals, it covers almost all sports, both in India and worldwide, be it hockey, cricket, football, badminton, tennis, basketball, golf, and even kabaddi and malkhamb.

The website leverages the social aspect of sports by crowdsourcing articles from its user base, which has a large percentage of youngsters. It launched an Android app in 2015, which is doing pretty well on the Play Store.