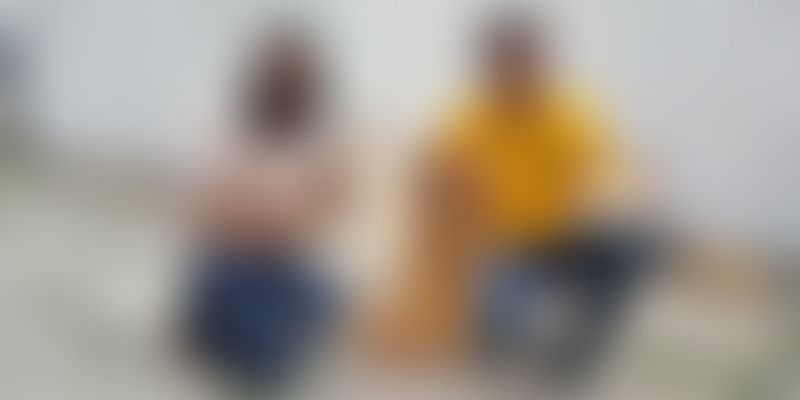 Many Indian manufacturing SMBs are seeing jumps in revenue by selling to a global consumer base through Amazon.

Twenty-six-year-old Girijesh Kumar Adimani joined his family's leather goods manufacturing business against his father's wishes. "My father did not believe there was a future in it," says Delhi-based Girijesh. All that changed when Girijesh joined the Amazon Global Seller programme. Between May and December last year he saw sales worth Rs 70 lakh. "Now my father says, '‘kya kar dikhaya bete ne’ (look at what my son has done),” says Girijesh.

Girijesh is among 20,000 Indian sellers who are part of the e-commerce giant’s global programme, launched two years ago in India. Some of these are big brands like Fabindia and Biba, but many are small manufacturers who have created consumer brands by selling on Amazon’s global platforms including the flagship US site. Quite a few, like Girijesh and Chennai-based Roli Bhat, have seen their fortunes soar on the back of robust global sales.

He wanted me to get a job as he felt there was no future in the manufacturing business. It was very difficult to find clients and the rewards were low considering the work we had to put in. We were able to run our household with the business. That’s all,” recalls Girijesh.

But Girijesh had big plans. He started selling leather bags under the brand Adimani on Amazon’s India site in October 2015 but sales were low, numbering just two to three per day. A few months later he was contacted by an Amazon executive to discuss selling globally, which he started doing in May 2016, seeing sales of over Rs 70 lakh by the year-end. He gets around 700 orders a month now. During the big bang Christmas Sales of 2016, over 1,000 products were sold in under a week. This year he is targeting 5X growth.

Exporters have for decades targeted the global market from India. But that is not an easy proposition. Many have to find large distributors in foreign markets and deal with everything from sourcing and manufacturing to dealing with paperwork and shipping on their own. Players like Amazon and Alibaba, which allows Indian sellers to sell globally with its platform, offer a relatively painless path for Indian manufacturers to export.

Sellers get access to a slew of services through Amazon—third-party service providers who help out with all aspects of setting up an export business, fulfilment service so merchants do not have to set up their own warehouses, cataloguing and photography services, and international logistics service providers. Alibaba too offers similar services.

There is, however, a key difference between Alibaba and Amazon. The Chinese giant connects Indian sellers with wholesale procurers. Amazon, on the other hand, offers direct access to retail customers across 10 countries like the US, Canada, UK, France, and Japan.

Roli Bhat says this is an important advantage. Roli was a Vice President at Citibank and handled trade. Already inspired by her interactions with SMB exporters, finding out that Walmart was looking for suppliers of eco-friendly disposable plates, she did some research and discovered a big market. In 2014 she and her investment banker husband, Harsh Tiruvila, started Adaaya, a manufacturer of disposable plates made of palm leaves. Roli’s trade background led her to focus on exports right from the start. But that wasn’t easy as they had to rely on cold calling. “We followed the sun—start the day by making calls to potential clients in Japan and end the day with calls to the US. Opening a new market is a tough task as distributors there don’t know you. One of the first calls we made converted to a client last year; that’s how time consuming it can be sometimes,” says Roli, who, though based in Chennai, has her manufacturing unit in Karnataka’s picturesque Malnad.

She got a call from the Amazon team last year and in June began retailing on the site. “In 10 days our products were sold out,” recalls Roli, who now gets about 15 percent of her total sales from Amazon. That translates to up to 500 orders a month.

We get to reach out to the customers directly. Because of this platform (Amazon) we are able to connect with a consumer sitting on the opposite end of the globe and get direct feedback. We don't get this when we sell through a distributor or retailer. We understand better what modifications to make with the next set of products quickly,” says Roli, who is targeting sales worth $2 million in FY 2017–18.

For Amazon, there are multiple advantages of taking Indian sellers global. The obvious ones—more sellers translates to more products for its customers to buy; access to global markets translates to more sales for its sellers. While Amazon is, unfortunately, reticent about sharing absolute sales numbers, here are some statistics that Amazon India’s Director and GM of Seller Services, Gopal Pillai, shared:

Offering a worldwide market translates to higher goodwill among the Indian seller base. Technically any seller making in India can be part of the global platform, but the initial focus is on apparel, home furnishing (including Indian handicrafts), jewellery, books, collectibles, sporting goods, handbags, shoes, and health and beauty products. This is one of the reasons the eBay deal makes sense for Flipkart. While eBay’s India operations are nothing to write home about, Flipkart’s merchants will be able to tap the former’s global client base. Flipkart acquired eBay when it raised $1.4 billion earlier this year. EBay also pumped in $500 million as part of the deal.

Amazon can also be in the government’s good books with such a platform as it is aligning itself with the Make in India campaign. The global e-commerce major has also entered into agreements with multiple government agencies, including the Gujarat Tribal Development Department and West Bengal State Handloom Weavers' Co-operative Society’s saree brand Tantuja, to take them global.

Whatever be Amazon’s reasons, for small Indian manufacturers the world has opened up.