With an eKYC, MoneyTap turns your smartphone into a ‘money tree’ 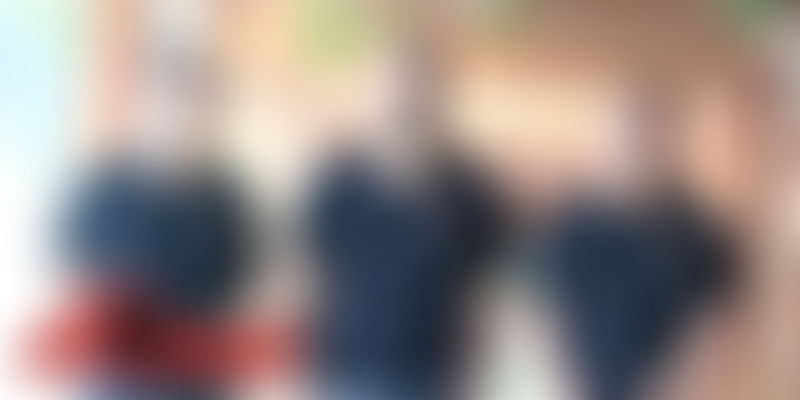 Money may not grow on trees, but technological advancements and access to historical customer data are ensuring that money flows through different channels to those who deserve it. While startups have angel investors and seed funds, most individuals rely on banks to get access to financial options.

Bengaluru-based MoneyTap lets consumers secure a line of credit up to Rs 5 lakh, with the entire KYC process happening through their mobile app. The company’s name can be interpreted in multiple ways—either as a ‘tap’ that stores money in an underground reservoir for a ‘rainy day’ or the more literal interpretation of money available at the tap of a smartphone button. Let us review MoneyTap in this week’s App Fridays.

On the other hand, Kunal and Anuj had earlier co-founded TapStart, a job discovery platform for consumers in 2013. Having scaled the company to 3,00,000 users, the duo made a soft exit by selling off the venture in September 2015.

MoneyTap counts Prime Venture Partners, along with other VCs and angel investors, among its backers. Bala was actually the co-founder and managing partner of Prime Ventures earlier. But given his current role at MoneyTap, he is no longer part of the group, but he sits on the board of companies he had invested in while being a part of the seed venture fund.

After being in stealth mode for about a year and collecting feedback through closed beta launches, the startup opened to the public in October 2016 with an app-based credit line in partnership with RBL Bank.

At the time of launching, MoneyTap’s founders had told YourStory that their platform would let consumers borrow anywhere between Rs 3,000 and Rs 5 lakh and choose from several repayment options with regard to time, ranging from two to 36 months. While MoneyTap is headquartered in Bengaluru, its services are now operational in 14 Indian cities.

YourStory spoke to Kunal to get a better understanding of how MoneyTap has been growing in the past seven months, as well as how they plan to progress in future. Kunal noted that MoneyTap started out for salaried professionals earning above Rs 40,000 per month, but over time the startup has been able to bring it down to about Rs 25,000 per month.

On being asked about customer activity patterns, Kunal said that while they see users actively leveraging their MoneyTap accounts throughout the day, it is during festive seasons that there is a big spike in activity, as users look to purchase gifts. So, at this stage it may be fair to say that a large percentage of users rely on MoneyTap for personal shopping needs.

In terms of traction, MoneyTap has seen close to 2.5 lakh installs on the Google Play Store. But giving out unsecured credit lines based on consumer data points is not easy and hence, Kunal notes that only about 10 percent of their users (currently a few thousands) actually get access to credit lines at this stage. He says,

Kunal says that MoneyTap and bank partners mainly look at intent and the ability to pay back when it comes to onboarding users onto the app. For the latter, they mainly consider existing CIBIL scores and credit history. But since the sector is somewhat disorganised, banks sometimes don’t have access to enough reliable information and are hence forced to reject many applications. Talking about their current defaulter rates, Kunal says,

The defaulter percentage has been extremely low, in line with what their partner bank had envisioned…

As a startup in the fintech space, MoneyTap works as a technology platform that serves as an intermediary between banks and customers. A lot of sensitive information is passed through its servers at various times. So, ensuring the highest levels of security is essential. Kunal notes that MoneyTap has invested time and effort in ensuring all security compliances are in place. Though they are a technology platform and not a banking entity in the true sense, he says that they follow banking protocols laid down by the RBI and leverage secure API calls from official organisations to access information. He adds,

We have done an independent security audit and check by authorised agencies related to authentication, penetration testing, etc.

For the purpose of this story, this reporter posed as a potential customer and signed up on the platform to better understand the end-user experience. On installing the app, users are greeted with a conversational chat-based system that goes about the KYC process.

One needs to provide the necessary details and also take a selfie to process the application, a process that takes about seven minutes. At the end, the app lets you know if you are eligible for the credit line.

While I met some of the financial guidelines, I got a notification that my application hadn’t been approved. The MoneyTap team said they would try to connect with their partner bank and get back to me about the possible reasons for this.

It was at this stage that I realised why MoneyTap had about 860 one-star ratings on the Play Store. Their website and app don’t explicitly state how selective their approval process is. This, in turn, results in high expectations from potential customers, who expect their application to be approved. The application process involves sharing a lot of personal information and uploading document proofs. So, after jumping through so many digital hoops and not getting a clear answer as to why their application wasn’t approved results in a bad customer experience for most users.

To help me review the application further, the MoneyTap team gave me access to a demo version of their app. One key highlight of the app is the conversational interface and flow. The process seems to mimic an actual conversation between a bank representative and potential customer. Kunal informs that MoneyTap currently has about four patents pending for their full- stack technology integration and chat interface. As mentioned earlier, based on their profiles, users can withdraw up to Rs 5 lakh at a time and it keeps getting replenished as they pay back their dues. Based on different factors, the interest rate ranges from 1.25 percent pm to 1.5 percent pm.

The fintech space has been seeing a lot of activity in India in recent times. Paytm recently closed a $1.4 billion round of funding and also announced that it will launch it payments bank on May 23, 2017. Alternate lending platform EarlySalary recently closed $4 million from IDG and DHFL. Platforms like Buddy India, InstaPaisa, and ReBase also operate in the same space.

MoneyTap’s long-term goal though is to go mass-market, expand to more Indian cities and towns, and tie up with more bank partners and NBFCs. They also aim to launch their platform in Indian languages like Hindi to appeal to a wider demographic. The startup currently consists of a 30-member team and an iOS version of their app is next on their product roadmap. In terms of focus, Kunal says that they also aim to expand to new customer segments and provide enhanced benefits and incentives to let customer better utilise their credit lines.