How this 27-year-old brought Justin Bieber to India 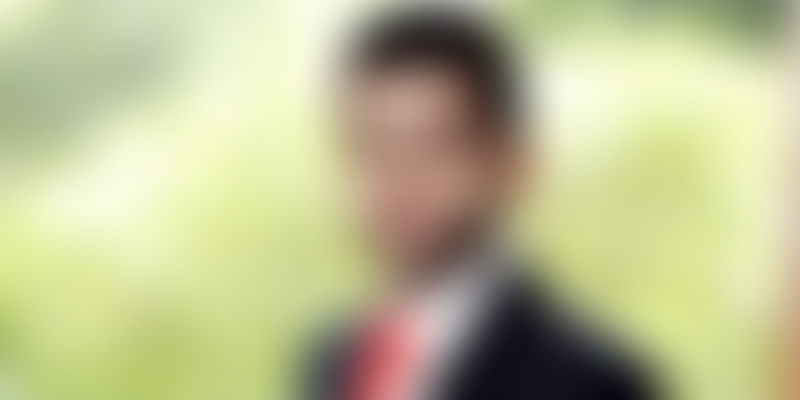 I heard of a 27-year-old EDM and commercial music enthusiast who has bet gigabucks to bring one of the world's most raging pop sensations to India. A cross between the impulsive and arrogant Mark Zuckerberg who tasted success too soon (as depicted in the film The Social Network) and the laidback hustler Jesse Pinkman is the image that comes to mind.

In turn, the person we met had me gaping in disbelief.

In a crisp white shirt with the initials AJ embroidered on his cuff in elegant calligraphy, preceded by a limited edition Rolex, Arjun Jain had the finesse of a seasoned businessman, constantly mindful of–and even humbled by–the very calculated, often destructive but just as rewarding high stakes game he had played over the past four years, to make it to this juncture.

Bringing Justin Bieber was always the dream for the young gun. And a short but action-packed sour years hence, he's gearing up to receive The Bieb for his first ever Indian trip and show.

AJ right off the cuff

Arjun grew up in New Delhi and went on to complete his undergrad in finance at the University of Massachusetts in Boston. He decided to get some work experience with a real estate company and a trading house, but found himself back to his drawing board cracking away relentlessly at one business plan or the other. “However, I'd scrap them all at the end of the day because I didn't feel a connection–until one day, in 2012, when I picked up the newspaper and read about the boom in the music industry. It was the era of EDM entering India. Since I was little, hospitality and entertainment were always the fields I saw myself in someday. And on that morning, it all just clicked–and I decided to create White Fox India,” he narrates.

Lofty numbers are thrown around in connection with the 27-year-old's stake in the music scene in India today–but White Fox had a surprisingly modest beginning. Their first show was Laidback Luke, a popular Dutch DJ who had a niche albeit cult-like loyal following–at a nightclub called Lap in Delhi. This event was a lesson in fiscal frugality. Arjun euphemistically recalls that the show wasn't what ‘he had expected it to be’. “I had just come back from college and didn't quite understand the pulse of the market yet. I had provided an all-inclusive package with alcohol–not keeping in mind that everyone had different capacities and preferences. This backfired. But I did not lose heart and I learnt from my mistakes,” he says.

White Fox struck the iron when it was hot by bringing Tiesto here, when Sunburn came to Delhi. Another Dutch DJ albeit more mainstream, with a much larger fan-base, this gig was a study in scale. “The idea was to start from somewhere and reach a stage where I can put together big banner shows all on my own. I partnered up with a lot of companies to learn about their set up and organisational values – and by then, we had started taking on a lot of gigs, with arenas that could hold anywhere between 2,000 and 1,200 people,” Arjun recounts.

The third show was a sermon in attention to detail and damage control. This was their second biggest show after Tiesto–Steve Aoki–and they were the sole organisers of the event. Everything was on track – tickets were sold, and they had locked in the perfect venue with an electronic roof and with a sensation white kind of vibe–complete with the trippy lights that would bob up and down. At the last moment on the day of the event, the show got cancelled–because of an 'entertainment tax issue’. “People started thinking it was some sort of a scam. We called Lalit overnight and booked their bar, just to show people that we were legit and that the artist was here. Within two hours we shifted the show, there was a stampede. It was Aoki's birthday, we had 15 kg of cake to throw on the crowd. But, will you win some you learn some,” he says.

Taking it to the next level

After whipping up successful events in the music space, Arjun felt ready to create their own IP, and thus, birthed the Grub Fest–something which went on to become one of India's largest food festivals, with restaurants of all ranges and very elaborate set-ups. The last one was, in fact, was the last weekend in Chandigarh, where Arjun claims that had to shut off the gates due to excessive crowds thronging the carnival. The one in Delhi before that had 65,000 people come in over a span of three days.

With this diversity in their portfolio, Arjun felt he was ready for that one big break that would put him on the map. “I always wanted to get Bieber to India. And we are now equipped to handle larger shows. It's all an event at the end of the day, and the event management's ABCs stay the same. We've cracked the code. Last June, I felt like we were ready,” he says.

He travelled to the US in the summer, met some people who had insider information about whether he was planning an Indian leg in his tour, and as it turned out–he was. “He loves Indian food, and had always been intrigued by India in general,” says Arjun.

White Fox decided to plow in a hefty amount to be the ones to get him here–nothing less than $4 million.

“I operated in dual time zones to liaise with their agency. Since September, I've hardly slept. It's a lot of attention to detail–taxation between Indian and American laws–his entire security flow, his production rider–nothing but a list of additional things that he mandatorily needs during a show–many of which were not available in India, so, looking for close substitutes was a task. The marketing, approvals, sponsorships, production of the show, the flow, the opening acts,” Arjun says, of the run up to the hyper-anticipated event taking place in Mumbai at the DY Patil Stadium on May 10.

Arjun says he locks in an event's specs like venues and set up, keeping the experience of the people who buy the cheapest ticket in mind. Says Arjun,

“I also want to make sure that they have as much of a good time as the others. That is why we chose a cricket stadium–no matter where you stand, you can see the stage.”

Sneak peek–or the lack of it thereof

Besides that, White Fox has made provisions for free water because it is a particularly torrid time of the year, and bus shuttles with security starting from different points in the city. There will be vendors with cold packs running around the venue to deliver food and drinks inside the arena. Bieber, who will be arriving in Mumbai three days before the concert, has also been booked for some quintessentially Indian joyrides–which they could not reveal much about, for security and privacy reasons.

In fact, privacy and paparazzi was another clause that needed revisiting. “We did face some challenges while finalising the specifics. Bieber, belonging to a different breed of artists altogether, has his agency tell organisers not to organise any interactions with anyone–fans, press, sponsor–anything. We wanted to do a lot, like when Chris Martin came, there was so much buzz. We also wanted to line up some live acts to open for Bieber, but his agency refused so we can only do DJ. But, these were their terms, and we respect them,” he reveals.

He says that handling an event of this magnitude has already provided them various revelatory stats that will further buttress their future endeavours. "When we went live with ticketing, there were 27,000 people on the waitlist–we saw the highs, the lows during sales–and armed with such stats and various other readings, we are ready to repeat history, with similarly iconic artists. This is India's time to show the world that we can execute such events, with world-class standards," he says.

Putting India, and White Fox India on the map

Having brought in big names like David Guetta, Hardwell, Tiesto, Above & Beyond, Axwell, Steve Aoki already, they are on course to bring numerous other artists of that stature to India as well, and are planning to plunge Rs 300 crore into future shows. Says Arjun,

“This will put India on the map–we want more and more artists to come here and say that it was phenomenal to be amongst Indian fans. It will create goodwill amongst the community, they talk to each other. Moreover, I want people to come to an event also because it is a White Fox event.”

According to him, one can now take a certain level of opulence and convenience for granted at a White Fox India event–which, he says is noteworthy, as many companies “cut corners”. “For example, The Grub Fest has German canopies, proper pop-up tents, air-conditioned bars and over all make you feel like you are in the restaurant. Our gigs have free water, bus rides with security. The setup, like the one we are throwing together for this event, is insane. We're planning to send out bands days before the show to avoid box office lines.”

They have started a sports leg and invested into two sports teams with a few partners. They will also have three restaurants in London and Delhi up and running by the end of the year. Because of such a diversified portfolio, the founder trio of Arjun Jain, Aman Kumar, and Mani Singh Cheema has decided to take the hedge fund route, and consolidate all their ventures under the parent company, Nine Capital. “We have sponsors locked down for the entire year. We're doing about 12-14 shows this year. We also want to get into film production. Most importantly, for this show, I really want the fans to know that they must feel secure and pumped,” he signs off.