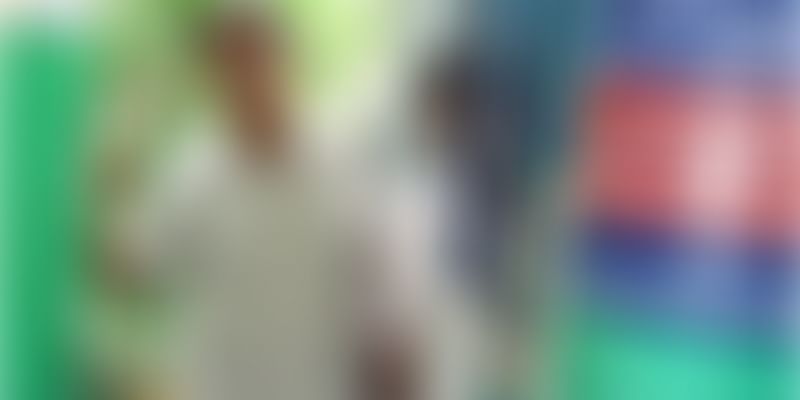 There are many arsenic removal technologies available to ensure safe drinking water for villages. Picking the right approach is key.

For villagers at Madhusudan Kathi, the handpumps serving water from an unprotected source led to arsenic contamination, making water from these pumps risky to drink. The village in Gaighata block in North 24 Parganas, West Bengal got slowly enveloped in arsenic contamination, with its groundwater recording arsenic levels above 0.05mg/litre--way above the World Health Organisation’s permissible limit of 0.01 mg/litre. Arsenic, a highly toxic element, is naturally present at high levels in groundwater in several states of India. West Bengal, in particular, has attracted much attention for wide occurrence of arsenic since it was first reported in 1976. Post 2000, a good portion of the eastern, northern and northeastern India, a part of the Ganga-Meghna-Brahmaputra stretch, was reported to be at risk from groundwater arsenic contamination, which caused many health disorders among the villagers on this stretch.

In Madhusudan Kathi, elevated levels of arsenic was recognised in the nineties. People gradually realised that the contaminated water used for drinking, domestic use and in agriculture posed threat to their health. High levels of the element led to cancer, skin lesions and developmental problems among children. The affected communities worked on the prevention of further exposure to arsenic by opting for safe water supply system. In this effort, the local institution, Madhusudan Kathi Samanvay Krishi Unnayan Samiti was supported by Sulabh International, an Indian NGO and 1001Fontaines, an international organisation. A water treatment plant of 4000-litre capacity was established for supplying clean water to 400 families of Madhusudan Kathi, and a few nearby villages at the rate of 50 paisa per litre. An article by Sulabh International about the village indicates that the cost of purifying water through this technique is minimal, and could well be a model for the state which has 28 million people living in arsenic contaminated areas. This open pond-based arsenic-free water supply system, set up as a social enterprise, is expected to be replicated elsewhere.

Many ways to get arsenic-free water

This is one approach of providing arsenic-free water. There are many other arsenic-removal technologies of various scales available for water treatment. They can broadly be categorised as household-level filters, community-level treatment plants, in-situ arsenic treatment, dug wells and ponds, and piped water supply schemes.

“There are a number of low-cost options at household level for removing arsenic, but the test is whether they can be used effectively over sustained periods of time,” says Sunderrajan Krishnan, INREM Foundation, a research organisation in Anand probing social issues like water, public health and environment. Recently, Amrit (Arsenic and Metal Removal by Indian Technology) water filter, a nanomaterials-based water technology to remove arsenic, received venture funding from Nanoholdings based in the US. Developed by Prof. T. Pradeep from Indian Institute of Technology, Madras, this research is now being commercialised. The water filter has been installed in over 750 locations in arsenic-infested areas across India and provides water at 5 paisa per litre. Considered a breakthrough technology, the filter requires just a minute of contact with water to make it arsenic free.

Another low-cost filter for arsenic removal has been developed by Sirshendu De, professor and head, department of chemical engineering, IIT Kharagpur. “This is made of indigenous material capable of adsorbing arsenic to the extent of 32mg/gm of material. It is made from natural red laterite soil. This material undergoes chemical treatment to enhance its capabilities to absorb arsenic,” says De. It functions without electricity and has a life of about five years.

The filter medium does not need regeneration. And on exhaustion of the filter, it can be safely dumped without any risk of leaching and further contamination. "The laterite-based technology is one of the greenest methods for arsenic remedial. The cost of filtered water is 2 paise per liter only and does not require any regeneration. Disposal of spent media is non-polluting and can be used in road laying and preparation of pavement blocks. The developed technology is entirely indigenous, in line with prime minister's call for make in India," says De.

There have been numerous arsenic mitigation programmes.“Ensuring supply of safe water as per WHO standards is what people need, be it from surface or groundwater. Water treatment technologies for removal of arsenic are just one aspect of the solution,” says Sunderrajan Krishnan, INREM Foundation, Anand. “Many of the approaches have succeeded in certain contexts while they have failed in others,” he adds. Mass communication methods to create awareness on the issue are important. “Awareness generation among people regarding the health threats associated with drinking arsenic contaminated water is crucial,” says Nripendra Sarma, public health engineering department, Assam.

“There are many options but surface water is a way out as arsenic contamination of drinking water is significant in the area," said Amlanjyoti Kar, superintending hydrogeologist, Central Ground Water Board in an earlier interview with India Water Portal. “Rural communities cannot often afford expensive treatments to remove arsenic. Low-cost, effective technologies that do not need power or running water are ideal,” says Ashok Ghosh, Mahavir Institute for Cancer Research, Patna. “Replacing the medium is a big problem for local people and they often do not understand its importance,” he adds. “Site-specific affordable community and household level arsenic removal techniques is what is required by the communities,” says Nilutpal Das of Ecoconcept, a Guwahati-based NGO.

“The priority of the government is to provide safe water supply to villages and towns through large-scale piped water supply systems from exogenous sources,” says Krishnan. “Most of these schemes spend massive amounts on implementation but lack funds for operation and maintenance. They end up as failures,” says Ghosh.

Das says the groundwater in arsenic-contaminated areas has always been known to contain iron in excess. Traditionally, the communities in Assam used bio-sand or slow-sand filter to remove iron from drinking water. "Researches in recent times have proven that iron acts as a binding agent for arsenic and that the traditional practice has helped in removal of arsenic from drinking water,” says Das. “A properly designed sand filter may prove to be a technological option for arsenic removal from groundwater with high iron content,” says Sarma.

Krishnan believes it is important to look at the overall health and not just the water aspect of it. “Tracking the population accessing arsenic-contaminated drinking water is very important. Testing water for arsenic levels and marking handpumps and tubewells as high-arsenic source is an effective solution, but only if the community is ready to adopt it,” he says.

“Community-based water treatment plants can last long only if they are maintained well. The mechanical components of the plant need to be replaced after every four to five years. Institutional arrangements for operation and maintenance need to be put in place. Rarely do projects focus on this aspect,” says Ghosh, adding that large-scale water treatment plants are better wherever river water is available like Ganga water supply treatment project in arsenic-infested district of Bhojpur in Bihar.

According to Ghosh, dug wells and ponds are the best option as long as they are microbiologically safe sources. "In rural areas, people often prefer arsenic-contaminated groundwater over water from dug wells or ponds because it appears clean and is free of faecal contamination. They needn’t walk hours to clean sources. That has been a real health problem for us,” he says, adding ensuring proper disposal of removed arsenic is another problem they encounter.

Communities also look for systems that have low capital and operational cost and are technologically simpler. “There are huge gaps in terms of capacity of institutions, be it panchayats or district water-testing laboratories,” he adds. Getting support for creating a commercially-viable business model is key,” says Krishnan.

Krishnan sums it up by saying, “There are plenty of approaches, but they are context specific.”