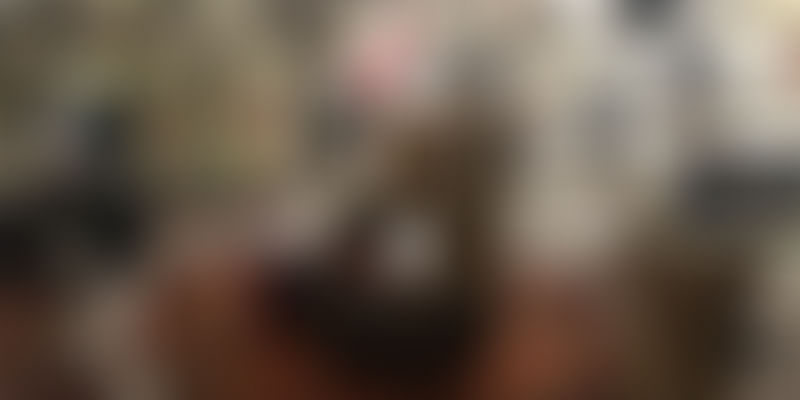 A total of Rs 6,000 crore will be spent by the top five retailers over the next three years, and, more importantly, retailing is finally seeing a convergence between the physical and the digital.

Chandrahas Panigrahi, the Chief Marketing Officer of hardware and electronics major Acer, is a man on the move nowadays.

He travels frequently across the country to set up relationships with multi-brand service centres. Since research tells him that today’s consumers like to visit physical stores and touch and feel products while retaining the option to buy them online, his job is to ensure that brick and mortar stores maintain the right inventory.

He also has to make sure that there is a larger range available to customers on e-commerce stores so to make brand Acer competitive in urban centres.

According to a recent report by IDC, Acer’s market share has gone from five percent to 13 percent, and it has, in the last three years, opened 80 franchise stores, with plans afoot to add 120 more by 2018.

“You must remember that India will largely remain a brick-and-mortar market for a long time. People simply like to go out and discover products more often,”

says Chandrahas, adding that while an e-commerce strategy is a given for brands, ignoring brick and mortar will impair growth.

Similarly, Tata Group’s Titan has finished a 24-month pilot that could redefine the ethnic wear segment. The pilot brand–Taneira–has begun operations by starting two 2,000 sqft stores in Bengaluru. The brand could very well expand across the country if the pilot succeeds. Titan’s Senior Vice President, Strategy, Ajoy Chawla, has a deep understanding of the handloom business and is working with 26 clusters to get high-end material with unique design into his stores. “This ethnic wear brand is for the shopper who understands design and celebrates its heritage in India,” he says.

These are serious signs that point to companies returning to brick and mortar strategies, while at the same time combining them with elements of the digital experience.

After four years of being in the background, and largely playing second fiddle to e-commerce, traditional organised retailing is back with a bang. Until ten years ago, retailing was all about store expansion. Of course, many mistakes were made, mistakes like opening large stores in catchments that did not spend money were all too common in organised retailing. But by 2014, when Flipkart and others raised billions of dollars in funding, the narrative turned towards how e-commerce could change Indian shopping experiences forever.

Things have come full circle now – over the last couple of months, the failure of Snapdeal to find a buyer so far has confirmed that e-commerce was always destined to be dominated by one or two companies, and no more. The narrative that smartphone-based consumption would grow faster than brick and mortar shopping was skewed entirely towards a portion of the urban audience, and it ignored consumer behaviour on different formats. Even after demonetisation, monthly electronic payment methods account for no more than 1.3 million transactions.

Even Sachin and Binny Bansal openly admit that digital consumption encompasses not more than 60 million people in India (the duo cleverly spins it off as them being the first to touch more than 50 million digital shoppers in the country). Analysts, who love to play conservative with their numbers, say that the total number of digital shoppers in India could be half the estimated number.

With the e-commerce industry bleeding to the tune of thousands of crores, one only has to take a step back and notice the silent preparation underway in the brick and mortar industry. They have all readied themselves for providing digital experiences to their customers, and are closing in on the 360-degree shopping experience.

Are we talking big spending here?

The Future Group has earmarked a Rs 300 crore spend each year, while Reliance Retail has plans to spend Rs 2,000 crore for the next two years. ABRL has also allocated close to Rs 180 crore per year, and Shoppers Stop plans a capex of Rs 140 crore. But beyond all the spending, brick and mortar retailers have learnt from their past mistakes, and want to consolidate stores in geographies that will keep spending big. Today, Future Group, Aditya Birla, and Reliance Industries have expanded to hundreds of stores across the country, which are all preparing for a multi-channel or omni-channel retailing world. Future Group and Reliance Retail have close to 20 million sqft of retail space. Others like Shoppers Stop and Lifestyle manage close to eight million sqft.

“The most obvious building block is the collection of customer data and teasing out patterns from it. This has been around so long that it is surprising that a small fraction of retailers have an effective customer database,” says Devangshu Dutta, CEO of Third Eyesight.

He says that while we live in a world that is increasingly drowning in information, most retailers continue to collect and look at very few data points, and are essentially institutionally “blind” with regard to the customers they are serving. Devangshu adds that with digital transactions increasing and compute and analytical capability steadily becoming less expensive and more flexible, thanks to the cloud, information streams from not only the retailers’ own transactions but multiple other sources as well, can be tied together to achieve an ever-better view of the customer’s behaviour.

This is exactly what everyone from Arvind Mills to Shoppers Stop – is investing in.

Over the last 18 months, Shoppers Stop has set in motion a completely new digital strategy and is working closely with Cisco to connect to the modern consumer in a manner where all formats will play a major role in increasing revenues.

In the new strategy, every store will connect to a digital screen (from TV to smartphone) to create a shopping experience. For this, the entire system, from billing to loyalty to CRM to ERP platforms to warehouse management systems, has to be integrated with the consumer’s buying behaviour. “The changes over the last two years have been faster than in the previous 25 years. To win the consumer today, you need digital experiences integrated into all channels,” says Anil Shankar, VP - Solutions and Technology, Shoppers Stop. He adds that, in the digital world, brick and mortar must serve the consumer everything, everywhere, and every time.

Shoppers Stop is piloting this to win over the consumer of the future, and wants them to remain on a single platform with multiple channels for shopping. “The future is in brand building, it is in offering digital experiences before the purchase is made,” says Harminder Sahni, Co-founder of Wazir Advisors.

“The industry needs to be allowed to raise cash like the FDI policy allowed e-commerce businesses to do. Most retailers are debt-funded or use their own cash,”

said Kishore Biyani in an earlier interview with YourStory.

Nevertheless, Biyani is ever the optimist and is always looking towards the future. He has set up a Rs 100 crore fund to focus on future technologies like block chain and the internet of things.

“We have data on over 30 million loyal customers and the infrastructure to prototype new products and ideas. We are looking to partner with founders who are ambitious to create game-changing businesses leveraging these capabilities," Biyani told YourStory during the launch of the accelerator fund.

Now, if retail is enjoying a third coming, then it is time to celebrate the fact that it is one of the most innovative industries in India. Biyani’s first phase was building India’s largest retailing company between 2002 and 2009. His second phase was to pay off debt and streamline the company between 2009 and 2013. The last three years have seen him speaking openly against the current FDI policy and how e-commerce businesses do not have unit economics built into their business model. While the latter is debatable, Biyani’s thinking has led him to create a fund for technology. This clearly signals that brick and mortar retailers are now thinking holistically about the business rather than clamouring about the funds that eluded them.

The last 18 months have seen a lot of brands making an impact on brick and mortar retailing. Anjana Reddy, the Founder of USPL, and her team have used the best of the online and offline modes to increase revenues. Myntra, the e-commerce platform, and Shoppers Stop have boosted the company’s sales to Rs 100 crore in the year 2017. Anjana had told YourStory that brick and mortar retailing was important to gain scale in the country. Clearly, brands are looking for a mix in their sales strategy to win the consumer over.

Skin care brands like Fit & Glow have slowly been moving towards selling in offline stores after their revenues crossed Rs 50 crore in the financial year 2016-2017. Let us not forget food retailing, which alone accounts for 60 percent of the $650 billion retailing opportunity. What’s more, only 10 percent of Indian retailing is organised, which includes e-commerce.

So, finally, the writing is on the wall. Retailing is more important, and it seems the brick and mortar veterans are telling the e-commerce newbies that it’s about time they did it together instead of playing the bricks versus code game.