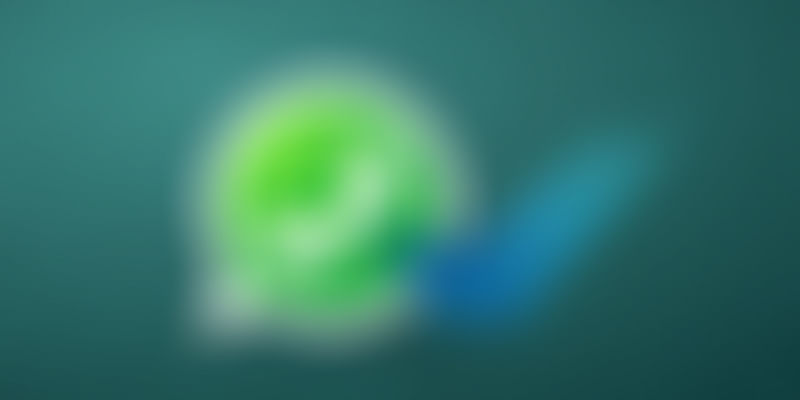 In an unusual move, Rohini Civil Court in Delhi has noted that the blue double-tick sign of a WhatsApp message can serve as valid proof that a legal notice has been viewed by the recipients of the said message.

This measure was taken in response to a case filed by a resident of Delhi's Model Town, who on May 6 requested the court to immediately restrain his son, daughter-in-law, her parents, and friend for "trespassing onto the suit property." The court, in turn, had advised the plaintiff to serve a legal notice to all five individuals he had complained against. However, he argued stating that it would be a long-drawn-out process, by which time the defendants would certainly find a way to encroach upon his property again.

However, what he didn't factor in was that the court would allow him to send the notice to the five individuals through WhatsApp.

This move of the Delhi courtÂ is in accordance with others across the world, which are experimenting with the use of technology in judicial proceedings. To this end, Justice Rajiv Sahai Endlaw had allowed the plaintiff in a particular case to serve summons to the defendants in question through WhatsApp, text message, and email.

The plaintiff in the present case went on to serve the said notice to his son, daughter-in-law, her parents, and friend through a WhatsApp message, which of course was both delivered and read. Following this, the plaintiff went on to colour-print the chat where he had served the notice so that the court would see proof of the blue double ticks.

Upon receiving the printouts, Senior Civil judge Sidharth Mathur stated that he had accepted it as proof that the five defendants were aware of the scheduled hearing.

"I have gone through the record. The conveyance deed... of the suit property is in the name of the plaintiff, which makes him the exclusive owner... The defendants are restrained from trespassing into the suit property without due process of law till the next date of hearing. Though defendants number one to four have been served via WhatsApp, but still I deem it appropriate that they be served once again. Accordingly, issue fresh summons to defendants number one to four on filing PF/RC returnable for 24.05.2017," the court order said.

This move by the court to deliver notices over platforms like WhatsApp may set the stage for faster verdicts in India, where the process is infamously slow.