An architect against climate change: here’s how Development 2050 is building a better future 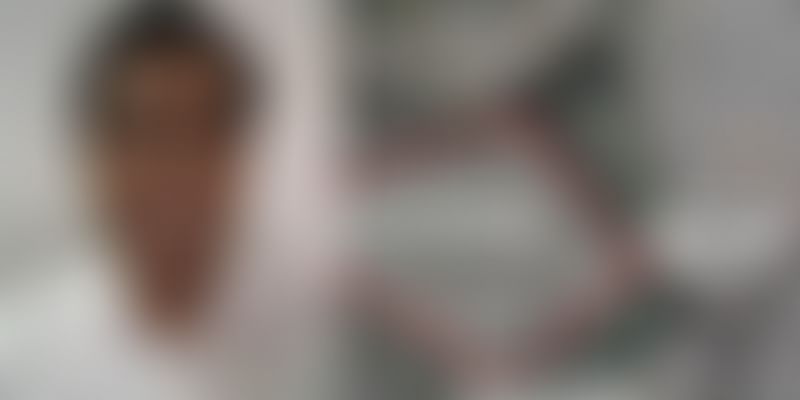 Pollution statistics are one of the favourites of media in these times of rapid environmental degradation. Much has been debated and deliberated over the condition of Delhi and other cities in India, whose air contains pollutants exponentially in excess than what is certified as healthy. The Ganga and the Yamuna are two of the world’s most polluted rivers.

Common people, however, know of these dangers not through statistical information but through changes in the ecosystem that they witness in everyday life. Summers are becoming warmer and monsoons are untimely, wildly destructive or barely enough. Many seasonal flowers and fruits seem to be available all year round. Major cities face water crises and inadequate sewage disposal under the pressure of increasing urbanisation.

After graduating from DCR University of Science and Technology, Haryana, with a degree in architecture in 2012, Kumar Shashwat was all set to be an architect. “But, like all entrepreneurs, I had a period of self-exploration,” says the 27-year old. In these times of global and national environmental dangers, he wanted to give back to nature. In July of 2016, Development 2050 was born.

The organisation was envisaged to provide sustainable environmental development for Delhi NCR and surrounding regions through green construction, rainwater harvesting, revival of micro-ecosystems, and others.

Its initial funds came from Jawaharlal Nehru University, Jamia Milia University, and the Department of Science and Technology, Government of India. It is working on reviving water bodies in the Aravallis and building check dams. The target end of this project is to revive the ecological balance of those regions. The organisation plans to establish eco-connection there – what the founder identifies to be a deeper connection between the local people and the ecosystem – as opposed to eco-tourism that invites an outsider and disinterested crowd. Shashwat wants people to come closer to their natural surroundings and to feel responsible for it so that they will be motivated to move action in case of any environmental hazard.

Its other project aims at harvesting rainwater that trickles down metro railway stations along the train line from Sikandarpur to M G Road in Delhi.

Being fairly new, Development 2050 finds itself facing financial challenges. But with a mentoring body of experienced professionals and young leadership team of 10–15 people, this group is quite resolute about getting its way.

Apart from writing to various national funding bodies, the team is also participating in international competitions. The eco-connection project of the Aravallis has been pitched in the final round of Dubldom Competition in Russia and the design to harvest rainwater in Delhi in an effort to reduce water logging and rejuvenate parched tubewells has been showcased at the Time for Impact exhibition in Italy.

Its plan to create green areas in urban informal colonies and near anganwadi schools in Faridabad is vying for the final prize in the Urban95 Challenge in Netherlands. Kumar rues how children living in slums do not have clean, safe playgrounds. So, this project is seeking to have green spaces which can be used by local schools as well by children during their free time outside school hours.

For now and later

At present, Development 2050 is at work on its construction project in Gurgaon, with features such as water reusing technology and terrace gardening. As Kumar rightly points out, “If urban families reuse half the water they waste in their bathrooms, most recycling would be done right there. But nobody bothers to thinks this way.” This building is slated for completion by the end of 2018 or early 2019.

He also wants to work for affordable slum development in the near future. He wishes to engage the society in its own green rehabilitation to ensure people’s involvement with the cause. At the heart of this thought is the basic understanding that positive change has to be sustained and self-furthering.

Of the nine billion that is calculated to be India’s population by 2050, two-thirds are estimated to live in cities. Kumar’s dream architecture is dedicated to those six billion people who will be affected by climate change in 2050.