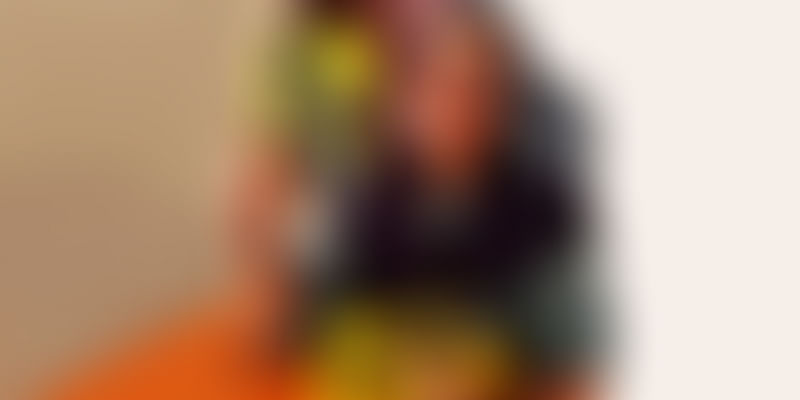 Durriya says she now sees the world differently thanks to her second lease of life, and this perspective has brought a newfound maturity to her writing.

There is a sense of disassociation when we read stories of those who overcome extreme adversity with immense courage. The stories of those who surmount their physical disabilities and win endurance sports, those who survive after days spent adrift in the ocean or lost in the wilderness without food and water, those who fight a terminal illness and regain their health, against all odds. They all sound admirable, of course, but seem surreal as well, like they are characters out of a film or a novel. But these are real people–people who have to deal with fear, doubts and second thoughts.

Durriya Kapasi is one such person, who dealt with the low points of her life, often with a smile on her face, with a few tears as well, but rose out of the ashes of her misfortune like the proverbial phoenix.

Durriya, 28, was born and brought up in Dar-es-salaam, a fourth-generation Indian in Tanzania, and it was marriage that brought her to the beautiful city of palaces and lakes–Udaipur. Having met her husband online, she found him charming and loyal enough to merit a trans-continental shift. She says, “I got married in 2007 and our son was born the next year. We had a few happy years before my health started failing.”

In 2013, Durriya’s health started getting affected, starting with innocuous symptoms like sinus, indigestion and a swollen lymph node. After a year that was wasted on alternative medical treatments, her health deteriorated and she had to be rushed to Apollo Hospital in Ahmedabad.

The diagnosis was grim–Durriya had Hodgkin’s lymphoma, a type of blood cancer and she was at stage 3. From then it was more than a year spent in hospital, on treatment, with her husband Zaheer quitting his job to care for her.

Durriya always had a love for words but had not considered writing as a serious career option. It was just as a hobby when she started writing on Wattpad.com, an online portal for storytelling. She uploaded her first e-novel, a human-vampire love story, in 2012. She wrote it on her smartphone to pass time, but it was soon on the top 10 list on Wattpad. Durriya explains, “That’s when the author inside me woke up. My second book, Lydia the Pet Communicator, got mentioned in DNA newspaper and was a finalist of Watty Awards in 2013.” An admirer of writers RL Stine and Khaled Hosseini, Durriya was full steam ahead a few chapters into her first full-length novel to be published (paperback edition), when cancer put her plans on hold.

Eye of the tiger

During chemotherapy, Durriya didn’t want to let go of her dreams of being a published author, so she tried writing, but sadly ended up with a blank page. As time went on, she lost her ability to think clearly, to speak or hear properly all due to chemicals pumped through her body from the chemotherapy. Soon, Durriya started playing Candy Crush, or scrolling through her Facebook feed to distract her mind and to fight off the anxiety, without it being intellectually demanding.

When I was tired of looking at my phone’s screen, I would close my eyes and pray to God. I believe I was answered every time. My medical reports always showed improvement, and the treatment was working miraculously on me.

See, you are a boxer, a fighter, you will have scars but you will only be a winner if you come out of it. Go to the boxing ring, fight every round and come out as a star. You know you can do it.

But on the last round of chemo, Durriya felt like she couldn’t do it anymore. She was too exhausted for anything, she could barely walk around. That’s when her father called her from Dar-es-salaam and motivated her not to give up.

Out of the boxing ring, on the long road to recovery

The last round of chemo was in June 2015, and Durriya has been cancer-free for almost two years now. She still has a chemo port inside her body, which will be removed soon, if all her reports come out clear.

Durriya explains how recovery is a slow and gradual process. She says, “My body started picking up bit by bit. I took proper care of my diet, stayed active and remembered to stay happy. I followed my doctor’s instructions obediently throughout. The key to win a battle like cancer is: Mind over body."

I took cancer as lesson towards life, for every time I was only thankless before. I learnt how every breath of air was beautiful, how I could still walk around and feel the nature around me. Sometimes I would just look out of the window to hear the birds chirping and feel the rays of sun on my skin to make myself happy.

Once Upon A Genie

Durriya not only revisited her incomplete third book, she also recently got the much anticipated moment of pride when she held the paperback novel Once Upon A Genie in her hand. The publishing house Half Baked Beans gave a green light to her first complete draft and Durriya ascribes her struggles to imbuing her writing with a new-found maturity. Her perspective had changed, and Durriya feels she now sees the world differently thanks to her second lease of life.

Once Upon A Genie is a fantasy novel and is the love story between a girl and a handsome genie. The story takes the reader to the land of Djinns, maintaining a fine balance between the fantastical land and real emotions, just the way the author had held on to positivity, warmth and hope while dealing with the real problems in her life.