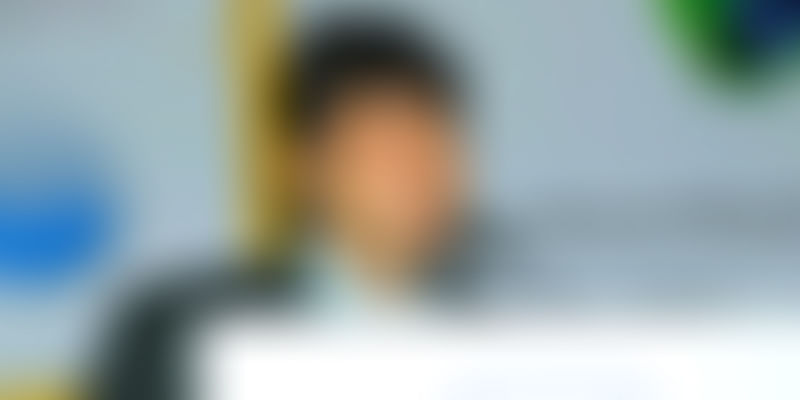 Isn’t it intriguing to know that even though India is the fifth largest producer of e-waste in the world, the awareness about e-waste management is just about enough to have all of five percent of the total, colossal waste generated recycled by the formal sector? In fact, in 2012, India generated a million tonnes of e-waste–and that number has nearly doubled as of 2017, according to an ASSOCHAM-cKinetic’s recent study. While the problem statement flares up in magnitude, the solutional mechanism has barely moved in proportion.

The Union environment ministry in March 2016 took a key step to combat this most lethal form of pollution, by instating stringent E-Waste Management Rules, thus replacing the sluggish 2011 version. However, India in the current scenario faces challenges that need the laws to dig deeper. There is a lack of awareness and hence, improper enforcement of the existing law, poor existing infrastructure and hence, continued adoption of rudimentary processes.

Karan Thakkar, now 31, quit his job in May 2010, to travel from city to city, to scrap yard for the first six months to understand the e-waste problem better. The more he learnt, the more he burned. His decision to start EcoCentric in January 2011 was a result of that curse of knowledge.

When YourStory first covered Karan’s work, he was simply advising companies on the existing solutions–but, not many companies took him seriously; as he was a consultant and not an end-to-end recycler. “I realised that I will not be able to make any significant impact this way, but I had limited knowledge about recycling. So I approached many existing companies as I wanted to see their facility. But nobody entertained me. I was surprised – what was it that was so secretive about their technology? I promised myself that the day I have my plant, I shall keep it open to visitors. Meanwhile, I snuck inside a plant towards the end of 2011 and learned how e-waste recycling happened. I was confident I could do this better,” he says.

When he was exploring synergies with people who could be part of the company he had the vision to build, he met his batchmate Hemal Damani, who was working for JP Morgan’s investment banking wing at the time. “Over dinner, I told him how E-waste recycling is a necessity. The next day, he called me to tell me that he had put in his papers, and he was on board. He was drawing a very handsome salary and use to juggle between Mumbai and London offices. He later invested in the company and also became the Owner/Director,” Karan explains.

Another old friend he met to discuss business with, went on to become the CSR head of the company, and also his wife–Anchal, who was an environmentalist teaching at various educational institutes then.

Things seemed to be starting to fall into place.

By 2012, they then hired a few senior professionals from existing recycling MNCs, built the rest of the team, and started constructing the recycling plant to be equipped to actually follow through on the consultancy they had been providing to their clients. “I decided to start my own recycling facility. I realised that EcoCentric should be a holistic company offering the entire gamut of service,” he says.

After procuring their first licence in January 2013, Karan’s first snag came in the form of government approvals. “That is the ugliest part of doing business in India, especially if you are in the brick and mortar business, you get hassled between one NOC to another and one office to the other. I would sit for hours outside government offices to ensure that we get approvals. I once gate-crashed a government local’s daughter’s wedding and threatened to not leave until I got my clearances. He obliged. I am sure many talented and sincere entrepreneurs are not able to cross this stage,” he recalls.

After this breakthrough, their in-house recycling wing was in business. Setting up a recycling facility needed gigabucks, to say the least, so he liquidated all his savings at one go and even approached various banks for loans. A scheme was introduced that time, called CGTSME that is collateral free loans under Credit Guarantee Trust for SMEs, which he qualified under.

Later that year, Sanket Chauhan–a cousin’s friend who was working for BPCL in the lubricants vertical, managing Rs 300 crore of distribution in the Vidarbha region–also joined the corps, and became their third promoter.

They picked Khopoli as the location for the plant as it is equidistant from Mumbai and Pune. Their E-waste is majorly sourced from larger companies. A company manufacturing electronic goods is known as a “Producer” and a company consuming bulk electronic goods is known as a “Bulk Consumer”. They source from both. They gradually built an end-to-end recycling facility where all electronic and electrical equipment can be recycled–from tubelights and CFLs to laptops.

Karan explains the process–everything is first segregated into different components such as glass, plastic, and metals. After the hazardous substances are processed, the remaining goes for further extraction. The end product is plastic and metal, and is given to larger plastic and metal recyclers. Karan adds,

“There are other services we offer apart from this like onsite secured data destruction. Critical data are stored in computers and other IT equipment. Companies have to ensure this is destroyed before it leaves the company premises. We have specialised machineries which can be taken to the client site and data from the hard disk are wiped.”

Currently, they have a 2,500 metric tonnes per annum (mtpa) recycling plant in Khopoli, and are setting up another 10,000 mtpa one in Khopoli itself. They also conduct drives and campaigns where individuals get an opportunity to drop their e-waste. This will be different from any existing plant worldwide, claims Karan. “It will have a soul of its own as it will be people and environment-centric. We do many team activities from cricket matches to offsite, etc. My dream is that all my plant technicians should have their own flat in Khopoli. These are things that drive me,” he explains.

To counter the lack of awareness in the price-sensitive Indian markets where it has been difficult to convince companies, they started awareness drives in multiple ways–like setting up E-waste bins at large companies, holding talks at schools and colleges–as well as at forums like CII and TiE. Their #IAmEcoCentric campaign with Café Coffee Day was one such effort, wherein they have placed 10 bins across their outlets, giving their customers the chance to get rid of their e-waste.

They will now take these drives to Bengaluru and Delhi as well, where they have recently opened up some offices. The three cities, in that order, generate the most amount of e-waste in India. The Mumbai-headquartered company, however, already does pan India pick-ups.

Best out of e-waste

Even as a fire that broke out at their plant in the year 2015 nearly wiped them out, they rose from the ashes and were back on track in no time. They came to acquire over 1,000 clients across India–spanning various sectors like banking, BPO, IT, and manufacturing. But in the waste management business, emphasis is given on the quantity collected–so, rather than focusing on just IT equipment like they did initially, they started building expertise in various types of E-waste, and did about 100 tonnes in their first year. These volumes of waste and hence, business, went up multifold–they processed about 1,500 tonnes of e-waste between 2013 and 2016–which includes 250,000 laptops, 50,000 air conditioners, 20,000 severs, and 2,50,000 printers approx.

To keep up with this traction and scale, they entered the fundraising race, and raised a round in February earlier this year, from HNIs like a UK-based seed-stage investor Sukhpal Singh Ahluwalia, Founder of Euro Car Parts, one of UK’s biggest parts distributors for cars and light vehicles, Badri Baldawa, founder of the Seeba Group - Mumbai-based manufacturers and exporters of stainless steel kitchenware and homeware products. “We plan to utilise this capital to increase our processing capacity and reach across India,” he says.