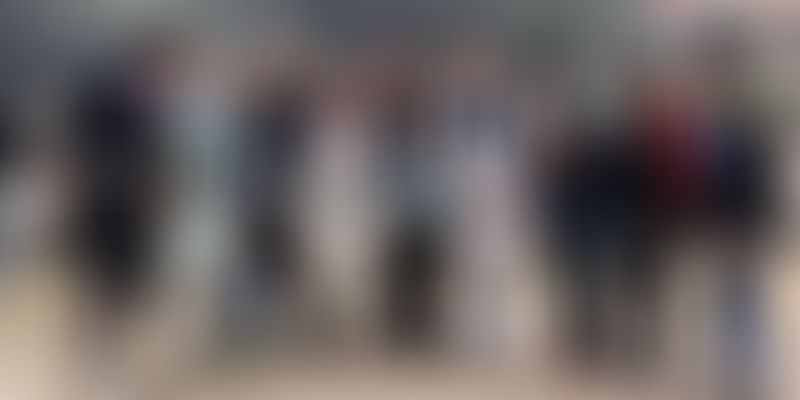 A few Delhi University students formed Flowering Dharma with the aim of preserving their roots and spreading awareness about the philosophical tradition and culture of India, especially Buddhist culture.

Many would dismiss any convergence between religion and science. However, the discussion happening today is shifting the paradigm towards finding more evidence about how modern science and parts of Buddhist texts have commonalities. Started in 2009 by 3 students, Flowering Dharma encourages discussions about the similarities and differences between science and Buddhist psychology and philosophy. They were awarded the Karma Veer Chakra in 2011 by the International Confederation of NGO’s for their efforts.

Motivations of the members and need for preservation of culture

Lobsang Wangmu, 26, is a member of Flowering Dharma & Director of the Arunachal Pradesh region. She realised that preservation of her culture needs help when she was studying about a dance form called, “cham”. Cham is a mass dance ritual performed solely by Buddhist monks. It was during this time that she realised how little she knew about the Buddhist culture.

She adds, "Where I come from, there are so many people who visit temples but seldom do they know its significance. For them, going to the temple is more important than knowing why they visit." When she heard about Flowering Dharma's initiative, she knew she wouldn't get a better opportunity to learn and encourage more people to understand their fast dying roots.

Another member, Puja Dabral, 29, joined Flowering Dharma three years ago when she came across their pamphlet. She says that it wasn’t preserving the culture that made her join the organisation, rather, it was the urge to explore the interdisciplinary scope of science and culture.

She adds, “As a student, it wasn't important for me to preserve the culture because everything is so dynamic. It was imperative for me to embrace what can help me grow as an individual. Even though Buddhist texts are old, they are relevant and just like science, some texts help us to explore the reality of the world.”

One of Flowering Dharma's most successful efforts has been, “Confluence”, an event that was organised in 2015 and saw the participation of over 1,400 students in Chandigarh and Jammu. They received immense support from the Rajiv Gandhi National Institute of Youth Development, Chandigarh, and Tibet House.

Some of the speakers at Confluence’15 include Ashima Kaul, the founder of Yakjah, Prof. Renu Nanda and Ram Singh Slathia who is a mountaineer. They simulated a standard of discussion that can be seen at the Mind and Life International Symposium. The similarities between quantum physics and neuroscience with Tibetan Buddhist philosophy were also discussed.

Additionally, around 30 students were taken for a 10-day retreat at Deer Park in Bir, Himachal Pradesh, in October 2016. The discussion here was centred around Nagarjuna's Fundamental Verses on the Middle Way, focusing on self-analysis, meditation, and skill development.  The retreat was led by Ven. Geshe Dorji Damdul and saw the participation of 100 more individuals, from all over the world.

Another seminar, "Cultivation of a Healthy Mind", took place in Arunachal Pradesh where they promoted the values of love and compassion, secular ethics, education, and ecology. Participants were also urged to read about the General Philosophy of Buddha Dharma.

The most recent project of the Flowering Dharma is the preservation of the 150-year-old Raku House in Leh. The present structure of this building acted as an outhouse for keeping the family's livestock. The restoration’s aim is to transform the place into a Youth Cultural Centre, encouraging meditation, philosophical talks, and reading. A small portion of the Raku House has been converted into a museum that showcases artefacts and houses a traditional granary.

The books for the library are being donated by Tibet House. In a letter addressed to Flowering Dharma, Ven. Geshe Dorji Damdul, director of Tibet House, talks about how they view the youth as the bearers of knowledge and inspiration for the future. In addition to this, the MP of Ladakh, Thupten Tsewang has allocated funds worth Rs 3.5 lakh to build this library.

Like most NGO’s, Flowering Dharma has struggled to find adequate funds and infrastructure for their events. Tibet House and the governments of J&K and Arunachal Pradesh have been generous with their donations. Recently, they started a crowdfunding campaign to meet their financial needs and also provide backlinks to support their cause.

Flowering Dharma wants to lend their hand towards the preservation of the environment in the future. In line with this, they are trying to garner resources to install solar panels and use recycled wood for the construction of Raku House. Additionally, they want to emulate a venture like the Zero Waste Himalaya project and adapt it into a Zero Waste Ladakh project, wherein they want to come up with efficient and creative ways of waste disposal.

They also want to organise more seminars centred around the importance of universal ethics and how they can help a person in knowing their pursuit of happiness, not in terms of money alone, but in terms of ethical practices as well. They envision this culture to be a part of modern education, bringing more scientific findings to support ethics. That these findings and contemplative studies will come out of more discussions and dialogue is what Flowering Dharma believes in and strives for.