Spotlights and shadows: Sharon Calahan on the art of using light to tell stories 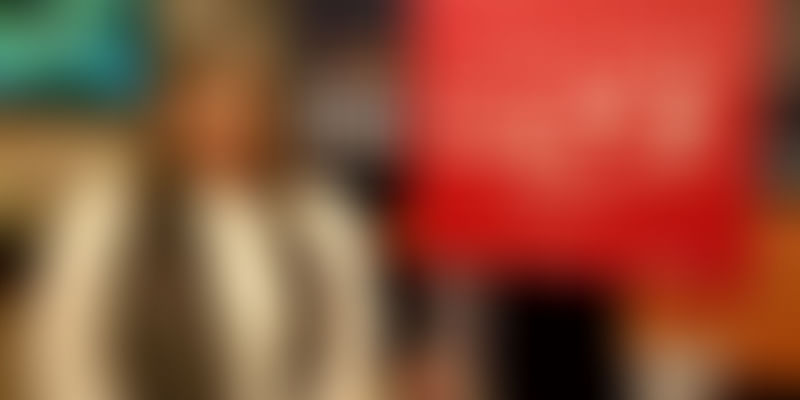 Enthralling industry professionals and aspiring youth alike at the Karnataka Government-organised GAFX 2017, Sharon Calahan explained the nuances of film making and revealed to the audience the key role light plays in movies.

The Gaming, Animation, and Visual FX (GAFX) Conference 2017 is a large-scale event that aims to bring together industry experts, professionals, and students in the varied fields of video game animation, visual effects in films, and motion capture technology, among many others. Organised in Bengaluru by the Department of IT, BT of the Government of Karnataka and the industry body ABAI, GAFX 2017 is a series of workshops, seminars, and competitions geared towards energising the ecosystem and informing aspiring youth about the industries’ nuances. One of the sessions held on the first day of the three-day event was a talk on 'Storytelling with Light', conducted by Sharon Calahan.

A director of photography, lighting supervisor, and visual designer who has plied her trade at the renowned Pixar Animation Studios for over two decades, Sharon Calahan attended the ongoing conference to share her vast knowledge with an eager crowd of students and industry professionals.

Having worked on wildly popular animated movies like ‘Toy Story’, ‘Ratatouille’, ‘Finding Nemo’, ‘Cars 2’, and ‘The Good Dinosaur’, Calahan has established herself as a stalwart in the animated film industry. Her impressive body of work even got her a membership in the American Society of Cinematographers — making her the first director of photography to join the institution whose work is entirely computer-generated.

Speaking to a packed auditorium, Calahan shared her views on the importance of visuals in telling a story on film that elicits emotions from its audience. With stills from her favourite live-action movies like 'Dr Strangelove', 'Se7en', 'Hannibal', 'Oliver Twist', and even 'Barfi' (Calahan is a self-declared Bollywood fan) she pointed out several nuanced techniques that the world's best directors and cinematographers employ to instil profundity into a movie scene.

"Our early survival as human beings depended upon making comparisons and distinctions. As filmmakers, it's our job to manipulate the visual tension to tell a story," Calahan said. And this visual tension, she continued, is created through the crafty use of colours and light. By using contrasting colours and creative lighting, filmmakers can not only highlight certain aspects or characters in a film's scene, but also add or change the emotions attached to it. The way light strikes a character's face can change the audience's perception of said character, she explains. A shadow across the eyes, for example, renders the character untrustworthy, while a brightly lit face comes across as belonging to a genial person. Light plays an important role in the background as well — a dimly-lit or dark background makes a scene ominous, while a bright one can make the same scene propitious.

To understand the power of visuals in storytelling, Calahan suggests that filmmakers watch movies with the sound turned off to better notice each scene's visual design and understand the emotive power it carries. Having studied graphic design, illustration, and photography in art school, she insists that "design is more important than anything else" when it comes to what cinematographers, and indeed all filmmakers, should focus on first while crafting a scene.

The one peeve Calahan has about her area of expertise — animated films — is that their creators seldom use any of these lighting techniques that make live-action films so appealing. There really is no reason not to; they simply don't because that's what they're taught in animation school. And that's something she wishes animators would get beyond at the earliest.

The 'Storytelling with Light' session was invaluable not only for lighting artists, cinematographers, and directors, but also for students aspiring to enter the film industry. In a conversation with YourStory, Calahan said that her intent behind attending GAFX 2017 was "meeting a lot of new people and hopefully inspiring someone to do something with their career that they hadn't thought they wanted to do” — two things she certainly accomplished.

YourStory also asked Calahan about how the animation and effects industry has changed in recent years, and what changes can be expect in the near future, to which she replied, "It's getting more and more globalised. It's always been a small world, but now, that small world is just more global. I think that's really exciting."

"It's kind of hard to know exactly how it's all going to play out, but it seems like the boundaries between the gaming industry and the film industry are becoming blurrier and blurrier. So, it's hard to know what it's going to be like, say, 10 years from now," she added.