Film-makers, gamers, animators in India have more creative freedom, power than ever before 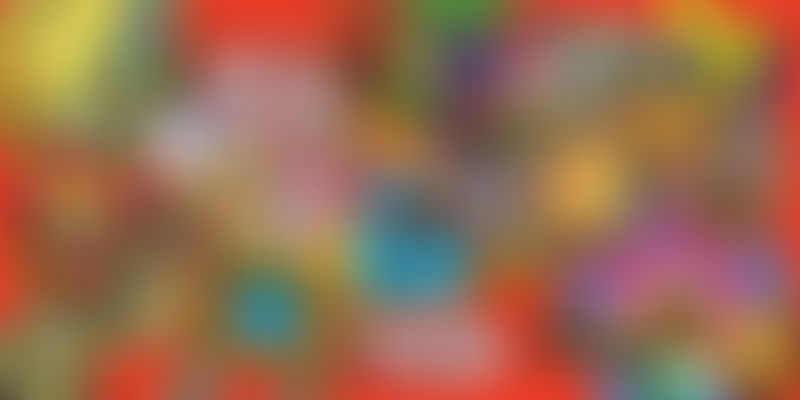 The three-day GAFX Conference 2017, kicking off today in Bengaluru, offers keynotes and workshops on the rise of the 3D animation, visual effects and gaming industries in India and around the world.

For pre-conference insights, YourStory caught up with many of the GAFX speakers for an understanding of the visual effects market in India, opportunities for animators, and global scope for game developers. See our earlier insights article on emerging trends and challenges in the field by speakers such as Prof. Alejandro Garcia of San Jose State University and Craig Caldwell, Arts Director, University of Utah.

“A few years ago, the animation market in India had gone into a lull but now more home-grown content is being produced and is in demand,” observes Anand Baid, founder of online animation school Native Puppets and previously an animator at DreamWorks Animation's India Unit. Says Anand,

“It is a good time for younger teams to collaborate on IP-content. Distribution networks are wide and open, and IP-backers are more ready than ever to consider a potential pilot project, especially if it has the potential to be lucrative.”

India has primarily bee​n seen as a service provider market in the animation and VFX industry. “If the hunger to tell home-grown stories is strong enough, artists with a vision will follow their heart and find a way to balance domestic versus global markets. That said, it also boils down to financial sustainability, which is a huge factor,” adds Anand.

According to Parth Shah, Technical Director for Markerless Motion Capture at Centroid India, “Young Indians in the animation and effects community are well aware of the new technologies and film-making methods out there, thanks to online education media, forums and conferences. It’s just a matter of time before the Indian market is transformed by these methods.”

There need not be a wall between domestic and global markets for Indian animators. “Eventually, we all want our content to be experienced and watched by the whole world. If we want to compete in the global market, then we need to make global content,” says Parth.

Ads are seen as a lucrative way to monetise. “If the payment gateways open up - such as PayTM integration into the app stores or doing away with the two-factor payment methods using credit cards - there will definitely be more opportunities to monitise via in-app purchases,” says Arvind. The second opportunity is through the growing number of high-quality developers in India, which will help global companies outsource their game development.

“With the explosion of mobile phones in India, games have become very main stream. Games today are not confined to only children,” observes Arvind. This is very healthy to the Indian game industry since this will feed in more developers and designers who will find it a lot more socially acceptable with this career choice.

Games such as League of Legends and Clash Royale have opened up the gaming industry for non-gamers. “Spectating such sports on YouTube and Twitch is fast becoming a form of entertainment similar to watching cricket or football on TV,” says Arvind.

“Independent filmmakers have more creative freedom and power than ever before because of the Internet. Big studios are less necessary,” observes Joseph Gilland, Disney Supervisor of Visual Effects. He is the author of Elemental Magic: The Art of Special Effects Animation, and has worked on movies such as Tarzan, Pocahontas, The Hunchback of Notre Dame, and Hercules.

Fluid dynamics and particle animation have become extremely powerful; there are no limits to what can be done visually. “Rendering times are way down and incredibly complex VFX are now created quite easily. 2D effects are being used a lot in 3D animated TV series,” adds Joseph.

“Three-sixty story-telling has been doing the rounds lately. Anything that contributes towards making story-telling more immersive will continue to have an edge,” says Anand of Native Puppets. Toolsets and hardware are putting more power into the hands of the artists by the day, making it possible to hand-draw ​and construct directly in third dimension.

“VR and AR games/animations are making artists and designers rethink storytelling. Now is a very exciting time to live in since we are defining the grammar of VR/AR entertainment through collaboration and experimentation,” says Arvind of Unity 3D.

VR and AR applications are emerging in medical simulations and architectural visualisations as well. “This opens up the industry to IT service companies who are fast equipping themselves with professionals in this space,” says Arvind.

Anand of Native Puppets offers three solid tips for aspiring animators and designers. “Benchmark against the best in the world and not just your peers; be pro-active in staying up-to-date on current trends​ and demands; and follow your gut and tell your own stories or the ones you connect with best, it’s the most fun thing to do,” sums up Anand.

“Animators and designers need to adapt new technologies and leverage them to the fullest, but also stick to our traditional principles of animation and design back in our mind while using these technologies,” advises Parth of Centroid. The focus should be on making the character’s on-screen acting and performances great rather than just creating fascinating visuals. “It’s the story and performance that will sell your content and not your photorealistic renderings,” he adds.

Success also calls for inter-disciplinary skills and partnerships. “I believe that language is one of the biggest challenges; CGI and 2D animators, TD's and production people have to learn to speak the same film language. When working with inter-disciplinary artists, and generally collaborating interdepartmentally, lack of a common language can be very challenging,” says Joseph Gilland. Practitioners need to develop technical skills as well as creative skills; an artist has to be extremely versatile and flexible. He adds,

“Think big. Don't dream of getting a job at Disney, dream of being the next Disney! We need lots of new and fresh ideas. Don't give up. This is a very challenging and competitive business, but if you work hard and persevere, you can be successful! Don't give up.”

“Remember that being an animator of visual effects animator is a full-time, 24 hour-a-day job. Always have your eyes and ears open, even when you are not at work. Learn to see the incredible reference that is all around us, all the time,” says Joseph.

“Play lots of games and learn to understand why a game is good or bad. You cannot become a good game developer if you don't play games,” adds Arvind. It’s also important to embrace programming. “I do see a lot of apprehension from artists and designers especially when it comes to writing scripts or code, but coding not only boosts your value as an artist or designer but it also saves a lot of production time since you don't have to depend on a programmer to execute simple design solutions,” he explains.

“Localisation leads to better penetration of games into local markets. Developers should plan for localisation very early on during development, otherwises there will be delays and re-writes,” Arvind adds.

The GAFX conference has a lot to offer speakers as well as attendees. “I am looking forward to visiting India for the first time of course,” says Joseph Gilland. “At the conference, I hope I can to listen to as many other fine speakers as possible, and I very much look forward to watching the 'best of' screenings,” he adds.

“Earlier, you really would have to travel overseas for something like this. The stellar line-up of speakers and this top-notch international grade conference is now taking place right here in India,” says Anand of Native Puppets.

“Meeting old friends and making new ones is always my top-most priority. It also is a great opportunity to see the kind of work done by others and also showcase what you been creating,” adds Anand.

Such conferences clearly show a large interest in gaming and animation in India. “Getting like-minded individuals to interact with each other and also exposing the potential of what game engines can do today will greatly boost the number and the quality of games and experiences coming out of India,” says Arvind of Unity 3D.

“We are in the process of setting up India’s first virtual full-performance capture solution using advanced technologies at an affordable rate. I am looking forward to meeting the amazing talents of India in the field of film, games and television,” sums up Parth of Centroid.