Why is the Indian startup ecosystem going all Hulk on social media? 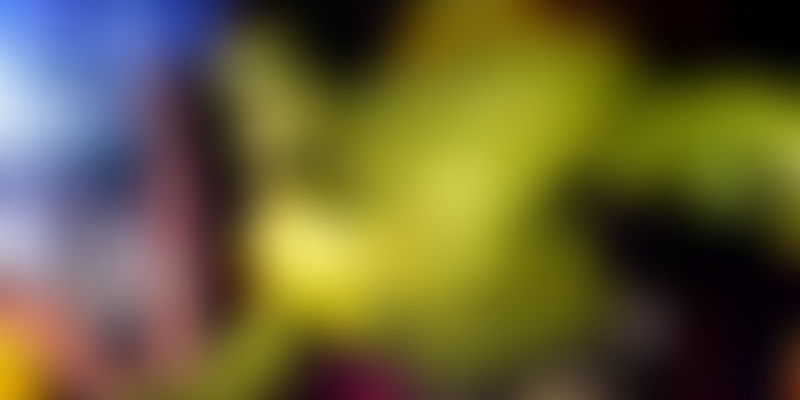 Have the conversations in the startup world become a babble of bak, bak, "told by an idiot, full of sound and fury, signifying nothing"?

To a recent question on ‘what is a burn rate?’ in a multiple-choice pop quiz, it was tempting to tick the option: ‘A metaphor for how quickly one damages relationships.’

It may not have been entirely wrong, especially if you too search for hidden clues in stuff that life throws up, including a quiz.

Of course, for those in the Indian startup ecosystem, the term ‘burn rate’ is often a cause for indigestion. The rate at which a startup ‘burns’ money is always so rapid that the usage of the jargon itself is worrisome.

So while young entrepreneurs are either busy containing it, or looking for funds that they can ‘burn’, they feel the need to talk about it. Or, at least, listen to others who are similarly sweating. The point being, ‘let’s have some meaningful conversations.’

But sometimes they pour oil to see the flames roar up.

Last week, social media was abuzz with ‘news’ of an expose of an anonymous Twitter handle that goes by the name of Unicon Baba (@uni_con1), and who, surprisingly, commands quite a following among entrepreneurs and investors alike, because, as some say, he calls out people’s bluff.

‘Is he an insider in a VC firm? Is he an investor himself? Is he a senior entrepreneur, perhaps?’ His (doubt if it’s a her) identity has been a cause for speculation many times and it was revealing to see the reactions of people when Vijay Anand, a Chennai-based entrepreneur and mentor, allegedly outed him.

“So there’s a troll on my tail for a few months now…” (loved the poetic ring to this sentence), wrote Vijay on his Facebook wall. He goes on to say that because of Gmail’s ‘forgot password’ option (which I thought was for people like me) he was able to come to the conclusion that Unicon Baba was, in fact, Rajan Gupta, who is a Director in U2opia Mobile.

Since then, Rajan Gupta, who incidentally has denied the claim, has had 2000 people check him out on his LinkedIn page and has received around 150 friend requests. His Twitter handle, which he told me was at best “dead”, has suddenly revived with around 65 new followers.

Speaking to me over the phone, Rajan says that he has been distressed about the recent events and fears its repercussions on his professional life. “I don’t know what the consequence of this will be. I could lose my job,” he says, adding that he has tried to reach out to Vijay but has not received a favourable response.

“I don't know where all this is coming from. Yes, I am on VJ's (Vijay Anand) email database and my email id is what he says it is. When you check email recovery option on uniconbaba1@gmail.com it does give the recovery email id to be gup*******@gmail.com. But, that doesn't mean I am the one,” he adds.

Rajan says he seriously believes that there is “gross misunderstanding and display of gross irresponsible behaviour from VJ, if he is assuming that anyone with gup*******@gmail.com id and present in his database is Unicon Baba.”

He adds, “I leave it to your judgment. I wish Unicon Baba will come up with clarifications soon. It's seriously affecting my professional and personal relationships. The last three days were very stressful for me.”

Rajan claims that he will decide what action to take after he meets his boss. “I need to first meet my employer at U2opia Mobile and my lawyer to decide what to do next.”

The meat's in the plot

Meanwhile, Unicon Baba, in a direct message on Twitter, told me he has “never countered anyone saying xyz is UB (Unicon Baba). But this time, it has gone out of proportion in the sense that it might affect the career and life of this guy. My simple explanation is that I started this handle with the email id gupchodno1@gmail.com. But as the handle started picking up, I went for a slightly responsible email id uniconbaba1@gmail.com and kept the earlier email as its recovery password email.”

He says he does not subscribe to Vijay’s newsletters and came to know about them only after an entrepreneur forwarded it to him. “I rest my case,” he added.

Vijay was prompt with his response when I reached out to him. “You are late to the party,” he admonished. “Please note, since the post went up, he (Rajan Gupta) has removed his email address that was linked and hence that no longer can be attempted. However, I did send the note to ‘Inc42’, ‘FactorDaily’, and the ‘Newsminute’, who were all able to replicate and confirm the email address as I had put up on the post. I have also a screen recording of the same,” he replied in the email.

Vijay gave me a 10-point evidence, that he says, proves that Rajan Gupta is Unicon Baba. “We are able to prove that gup*******82@gmail.com is the personal email id that was attached, which could have only been done if either the person behind the account was Rajan Gupta, or if he had lost his phone and had no clue this was done. Attaching an email address to a Gmail address requires two-factor authentication,” he stated.

The other nine points are freely available on social media, and for the sake of time and brevity, I will not mention them here.

Anon is as anon does

Whether or not Unicon Baba has contributed to meaningful conversations by pointing out to the elephant in the room is debatable, but the episode does raise the question if going anonymous is a good thing, especially when trolls are having a field day everywhere.

“The purpose of trolls is to entertain people and they are doing their job. I think we should not take trolls too seriously,”

feels Pardeep Goyal, entrepreneur and content marketing expert. “Our responsibility is to help entrepreneurs not to find the source of trolling,” he says, adding that he himself has often been a victim but prefers to stay calm and focus on his work.

Anupam Mukerji, who rose to fame as the Fake IPL Player, showed us what an anonymous handle can do way back in 2009. A year after the Indian Premier League began with much fanfare, Anupam, then an avid cricket buff, decided to play a prank and ride the wave of the IPL craze. “I was inspired by the Fake Steve Jobs handle, and made my own Fake IPL Player blog,” he says over a telephone conversation from Mysore.

If you remember the inaugural year, 2008 of the IPL, there was more drama and action off the field as there was on it. “Everyday, there would be stories of stuff going on at nightclubs and so on,” he says. The IPL had become a hotbed of controversies with film stars adding the extra dash of glamour and intrigue.

Anupam played on these stories by starting his anonymous blog. He recalls,

“I wanted to see how far I could fool people. The more I tried to say that it was fake the more they believed that it is real, that this guy has something to hide. It worked on the psychology of the people.”

Before he began the blog, he spoke to his lawyer friend who advised him to take care of three things: Put ‘fake’ in the name of the blog, put a disclaimer, and do not use any real names, just descriptors. "He said, ‘if you take care of these three things no one can touch you,’ ” says Anupam.

Anupam went on to write a book, ‘The Gamechangers’, and later quit all social media as “it was getting too much.” He says, “In 2015, I quit Twitter and Facebook. I realised I was wasting a lot of time reading negative comments and it was starting to bother me.” He now lives in Mysore and runs his company Yogastra, which is into yoga and conscious living products.

In effect, Anupam was the social stirrer. Though unintentional, he was creating conversations that would lead the public to question how the new format was corrupting the game itself.

“In an ideal world, one shouldn’t have anonymous Twitter handles. But, they will be there. Some anonymous activity creates positive outcomes though a large part of it creates negativity,” feels TN Hari, Head of HR at BigBasket and mentor to many in the startup ecosystem.

The reason for going anonymous is the obvious one when someone is a deepthroat/whistleblower, who actually has insider information and wants to protect their identity. The other reason, as in the case of some anonymous accounts that tweet on all things startups, it is about showing the mirror (or so they profess) and sometimes stirring things up to see what happens. Those who abuse are not included by default.

“Imagine how difficult it would be for someone to call out the shit that is going on in the ecosystem without being anonymous?” asks Unicon Baba. “Fear of court cases and losing relationships,” he replies.

“Social media is an exhibitionist's dream. It is quite common, therefore, to see interactions rapidly becoming personal and resulting in name-calling. After all, who has the time, energy, desire, and interest to actually engage in a reasoned debate that is more than 140 characters long? One that actually has facts and displays critical thinking and thereafter, derived conclusions,” asks startup mentor Sanjay Anandaram.

For the argumentative Indians in us, social media provides the right kind of anonymity and distance from those whom we differ. The medium makes it easy to avoid meaningful conversations. “I’ve realised no one can win an argument on social media,” says Anupam. How can they? No one is actually debating.

“We’ve forgotten how to debate. The history of Indian philosophy is the history of fine nuanced debate between rival schools of thought,” says author Palash Mehrotra. Picking on the Indian notion of hierarchy and respect, he adds, “Innovative thinking cannot come without upsetting the order of things. I feel we obsess about ‘respect’ far too much, which in turn engenders its own hypocrisy.”

That, perhaps, is the burning question of the day. How to rescue ‘disruption’ from the jargon pile and make it matter? Let’s start with the conversation.