Meet Margarita and Vikram, the couple that quit corporate jobs to start a cafe in Manali 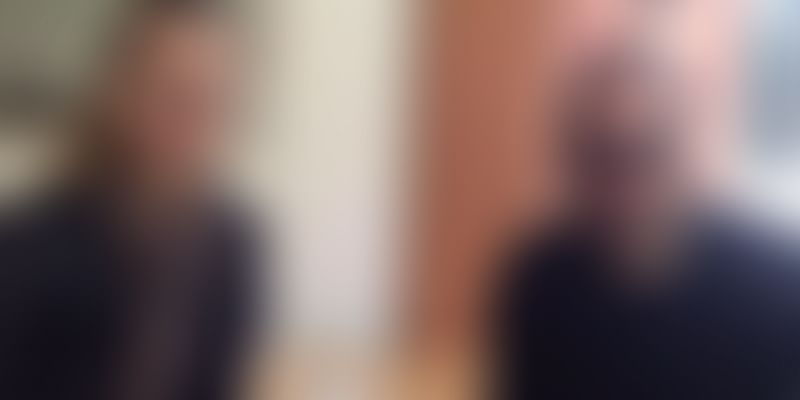 At a time when most desires revolve around materialistic achievements, many of us forget to chase dreams that will truly make us happy. True happiness lies in following one's heart, even if it does not yield 'materialistic results'. This story is of a Russian woman, Margarita, who came to India for her job in the corporate world but soon realised that her heart desired something else altogether. Margarita, who is from Moscow, left her job as an Assistant General Manager with one of the biggest companies in Noida when she realised that even a huge salary and an esteemed post were not giving her the happiness she desired.

Margarita now is running a small cafe in Manali in Himachal Pradesh. From making the coffee to preparing different recipes of her own, she does it all by herself. Her partner-in-crime in all her ventures is her husband Vikram, who himself left his corporate job of 22 years to run this cafe.

Vikram earlier held a senior position in a multinational bank in Gurgaon, where he was also being paid quite well. However, the money and professional recognition didn't go a long way in meeting his expectations of life. At this time, Margarita also expressed her desire to quit her job to seek true happiness. Waking up at nine in the morning, going to the office, attending meetings, building reports, and reaching their targets was not exciting anymore. This was when they decided to go to Manali and open a cafe.

Margarita had come to India from Moscow for a work tour around five years ago. She met Vikram during this tour and stayed in touch with him even after going back to Moscow. She again came to India to work with a huge builder company in Noida, and the two later got married. Margarita says,

The work that both of us were doing was very similar. We were being paid well, but it still didn't give us the happiness we desired. We were not able to take out time for ourselves. I wanted to do something that gave us both happiness, and I soon realised that the life that we were living was not our final goal. What we were seeking was somewhere else altogether.

She had a conversation about this with Vikram, who couldn't help but agree. While he held a good position in the corporate ladder, and had also been given the opportunity to work in London for a while, he wanted to do something that gave him satisfaction and left him at peace. When they had this conversation, Vikram felt as if his prayers had been answered, and he did not delay very much in quitting his job.

Margarita and Vikram went to Manali a couple of times and eventually decided to start their own cafe in Old Manali. They feel happy and content to be away from the chaos of the city. They explore the hills together and try preparing new recipes for their guests. It gives them immense happiness to serve their guests with a good cup of coffee.

They have found their true happiness in doing these little things, the sort of happiness that no corporate job or money could give them.

Read this in Hindi.