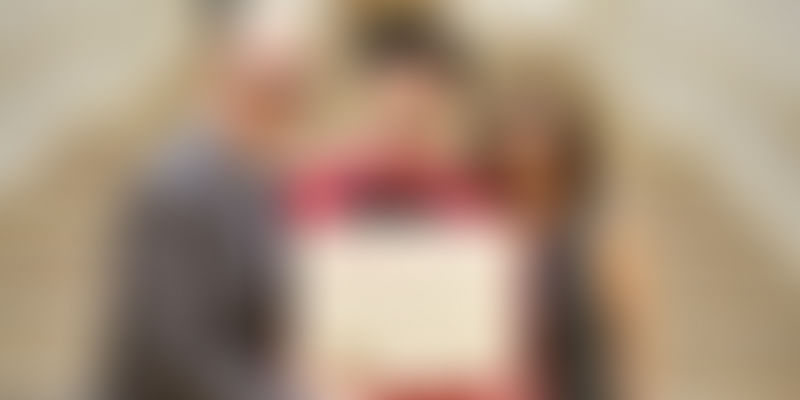 Mark Zuckerberg, Founder and CEO of Facebook, was the featured speaker at the afternoon session on Harvard’s 366th commencement day on Thursday. Having dropped out of college to work on Facebook, Zuckerberg returned to Harvard to collect an honorary degree.

He shared with the audience what he had learned about the current generation and the world we’re all building together. Here are some of the key highlights from his speech.

I’m honoured to be with you today, because you accomplished something today that I never could. If I get through this speech today, it will the first time I finished something at Harvard.

Calling himself an unlikely speaker, and not just because he dropped out, Zuckerberg noted that he was technically in the same generation as the graduating class of 2017. He said, "We walked this yard, less than a decade apart. We studied the same ideas and slept through the same lectures."

Zuckerberg observed that the last few days had brought back a lot of good memories. He asked the audience how many of them remembered where they were and what they had been doing when they got their acceptance letter from Harvard.

Recalling his own experience, Zuckerberg said he was playing the video game 'Civilization' and ran downstairs to his dad, who then proceeded to film the young Zuckerberg read his acceptance mail.

Talking about the first lecture he attended at Harvard, Zuckerberg recalled how he had entered the class with his T-shirt on backwards and confused about why no-one except a student named Kang-Xing Jin, who worked on problem sets with him, would talk to him. Zuckerberg then joked, "Jin now runs a big part of Facebook. And that, class of 2017, is why you should be nice to people."

But his favourite memory from Harvard was meeting his wife Priscilla. This happened at a party Zuckerberg's friends threw for him when he was on the verge of being kicked out for creating Facemash. He said, "We have all started lifelong friendships here and some of us even families. That is why I'm grateful to this place."

He noted that the challenge for the current generation is to create a world where everyone has a sense of purpose. Zuckerberg then cited the popular story of JFK visiting NASA's space centre and asking the janitor what he was doing. To this, the janitor with a mop in hand had replied, "Mr President, I'm helping put a man on the moon."

Zuckerberg noted that purpose is the feeling that you are part of something that is bigger than yourself, that you are needed and have something better ahead to work for. He remarked, "Purpose is what creates true happiness."

Talking about the generational shift, Zuckerberg commented that when the previous generation graduated, their purpose came from their job, church, and community. But now technology and automation are replacing many jobs, memberships in communities have been declining, and a lot of people have been feeling disconnected and depressed. Zuckerberg noted,

For our society to move forward, we have a generational challenge, to not only create new jobs but a renewed sense of purpose.

Zuckerberg mentioned how, during the early days of Facebook, he had hoped to connect the Harvard community but that someone else would connect the whole world. He said, "There were all these great, big technology companies with all these resources and we assumed they would do it."

Knowing it is easy to make the same mistake he did, Zuckerberg observed,

Without a sense of higher purpose, this was their startup dream come true. And it tore our company apart.

Zuckerberg recalled that some advisors had told him that if he didn't sell the company at this stage he would regret it for the rest of his life. This was his hardest time leading Facebook. He noted, "I believed in what we were doing, but I felt alone."

Looking back now, Zuckerberg realises that things work out like this when there is no sense of higher purpose. He then shared three ways to create a world where everyone has a sense of purpose

Zuckerberg noted that every generation has its defining works. More than 3,00,000 people worked to put a man on the moon. Millions of volunteers immunised children around the world against polio. He noted that these projects didn't just provide a purpose for the people doing those jobs, they gave people a sense of pride that they could do great things. Zuckerberg added that no one really has everything figured out when they begin. He said,

Ideas don't come out fully formed. They only become clear as you work on them. You just have to get started. If I had to understand everything about connecting people before I began, I never would have started Facebook.

He noted that in our society, we often don't do big things because we're so afraid of making mistakes. The reality is, anything we do will have issues in the future. But that can't keep us from starting.

So Zuckerberg believes that it is time for our generation-defining public works like stopping climate change before we destroy the planet and getting millions of people involved in manufacturing and installing solar panels. He added,

How about curing all diseases and asking volunteers to track their health data and share their genomes? Today we spend 50x more treating people who are sick than we spend finding cures so people don’t get sick in the first place.

He also contemplated a modernising democracy where everyone could vote online and also personalising education so everyone could learn. Zuckerberg believes that these achievements are within our reach.

But today, the world has a level of wealth inequality that hurts everyone. He believes that when people don't have the freedom to take their idea and turn it into an enterprise, we all lose. Right now our society is way over-indexed on rewarding success. Zuckerberg said,

Let's face it. There is something wrong with our system when I can leave here and make billions of dollars in 10 years while millions of students can't afford to pay off their loans, let alone start a business.

Zuckerberg said he knows a lot of entrepreneurs but doesn't know a single person who gave up on starting a business because they might not make enough money. However, he knows lots of people who haven't pursued dreams because they didn't have a cushion (financial aid) to fall back on.

Every generation expands its definition of equality. Previous generations fought for the vote and civil rights. Now it's our time to define a new social contract for our generation.

Zuckerberg believes that we should explore ideas like universal basic income to give everyone a cushion to try new things. We’re going to change jobs many times, so we need affordable childcare to get to work and healthcare that isn't tied to one company. As technology keeps changing, we need to focus more on continuous education throughout our lives. He noted,

Giving everyone the freedom to pursue purpose isn't free. People like me should pay for it. Many of you will do well and you should too. That's why Priscilla and I started the Chan Zuckerberg Initiative and committed our wealth to promoting equal opportunity. These are the values of our generation.

Zuckerberg noted that in a survey asking millennials around the world what defines their identity, the most popular answer wasn't nationality, religion, or ethnicity, it was "citizen of the world." Every generation expands the circle of people they consider "one of us," and he believes that it now encompasses the entire world.

He noted that our greatest opportunities are now global—we can be the generation that ends poverty, that ends disease. The greatest challenges need global responses too—no country can fight climate change alone or prevent pandemics. Progress now requires coming together not just as cities or nations but also as a global community. He noted,

But we live in an unstable time. There are people left behind by globalisation across the world. It's hard to care about people in other places if we don’t feel good about our lives here at home. There’s pressure to turn inwards.

That's why it's so striking that for decades, membership in all kinds of groups has declined as much as one-quarter. That's a lot of people who now need to find purpose somewhere else. But Zuckerberg believes that we can rebuild our communities and start new ones because many people have already done it. He noted,

Change starts local. Even global changes start small. In our generation, the struggle of whether we connect more, whether we achieve our biggest opportunities, comes down to this—your ability to build communities and create a world where every single person has a sense of purpose.

Addressing the graduating class, Zuckerberg noted that before they walked out those gates one last time, he was reminded of a prayer, Mi Shebeirach, that he says whenever he faces a challenge. It goes,