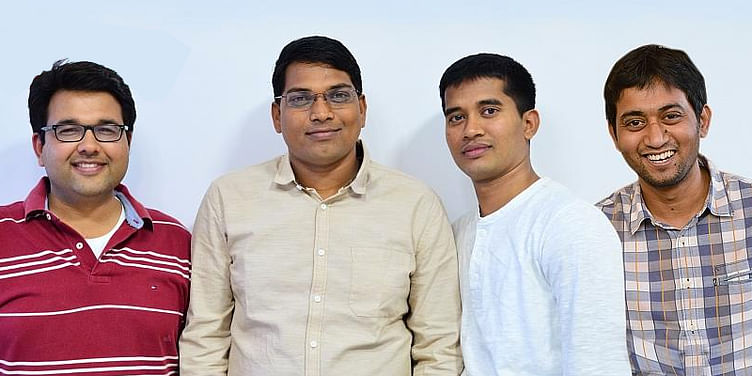 Online home rental startup NestAway disrupts not just the real estate industry but also the mindset of a changing society. This is their story.

When Amarendra Sahu came to Bangalore in 2004, the computer science engineer from NIT Suratkal had trouble finding a house to rent. Unmarried people are not the house owners’ first choice, and rent in decent localities is not always known to be reasonable. Amarendra went on to do an MBA at IIM-B in 2009 – where he founded a startup, Brizz TV, which ran till 2014.

In that decade, Bangalore saw rapid change – new flyovers, shopping malls, an increased inflow of migrants, but the struggle to find a house for rent still tormented singles, who also had to grapple with a steep advance deposit amount of five-10 months' rent. It’s not just Bengaluru of course; urban migrants in India often encounter biases and barriers while searching for a rented home.

Amarendra wanted to solve this problem and went about setting up NestAway with the help of friends. We spoke to the founder, who is a picture of calm confidence, to find out the startup's journey so far, and the plans they have for its future.

In June 2014, his friend Jithendra Jagadev’s house in Whitefield became the site of an experiment. Amarendra recollects:

“We took furnishing from Furlenco, took some pictures of the house, and posted it on Facebook. There were four beds in the 2bhk – all sold in a day. Out of the seven girls who came to visit, six wanted it and four got it.”

That was the inception for NestAway, an online home rental network that established itself in a surprisingly short time.

Along with his friends from NIT—Deepak Dhar, Jithendra Jagadev, and Smruti Parida—Amarendra set out in an effort to make houses available at two months’ rent in deposit, sans an interview with the owner, especially for youngsters. Coincidentally, his co-founders were all serial entrepreneurs too - Jithu was Amarendra’s co-founder in Brizztv, Deepak was part of the founding team at Citrus, and Smruti Parida has run an art marketplace called ‘Sen6’.

An idea whose time has come

In 2014, e-commerce had established itself in India. But NestAway was a service sold online. Till then India was looking for rentals in classifieds, a model without monetisation. NestAway’s key was its business model with an annuity. By August 2014, NestAway’s idea was tried out with four-five houses. They officially registered in January 2015.

Investors also related to the idea - youngsters need a place to stay away from their hometowns, after all. (This was the time the much-hyped funding of Housing.com also happened.) In fact, the team had approached two investors—IDG Ventures India and InMobi founder Naveen Tewari—for seed funding, and both responded positively.

Karthik Prabhakar, Director and Head of Fundraising at IDG Ventures, recollects that he was impressed by the founding team. “The founders had previous experience in starting up and experience in different fields -- Amar in ideation, Jithu in sales and operations, Deepak in finance, and Smruti in tech. Focus on execution and a solid team with a second layer of management were also their strengths,” he says.

All NestAway homes provide cot, mattress, sofa, TV, fridge, washing machine, and furnished kitchen. From providing support while moving in to providing maintenance service and paying rent, everything can be done through its app. It provides 1BHK apartments to 8BHK premium villas with swimming pools. Currently, NestAway accommodates more than 1,000 families too.

Internal transfer can be initiated if a user is moving to a new city in which NestAway is present, and one has a home before they reach the new city. There is a six-month lock-in for the refundable deposit, but the tenant needn't pay anything to NestAway.

Amarendra explains the model: “You can rent just a room, or the whole house. Our area manager will arrange the visit according to your preference. Once you are satisfied with the house, you can book it online. If you stay in the house for three days and don’t like it for any reason, we refund with full deposit.” He adds that their popularity grew mainly through word-of-mouth, with digital marketing spend in the early days being less than 10 percent of total expenses.

Confident from Day One

The possibility of scaling was secondary to Amarendra. About NestAway, he says: “I knew it would work though. It is all about giving a pleasant experience to the customer in a new city. That transaction had a dignity; that they are treated as responsible adults.”

Other than single family rentals and paying guest accommodation, sharing apartments is the home rental model that is common in India. Its advantage is obvious: working individuals or students can pool in money and share an apartment, having their own privacy away from the owners even while living together.

Amarendra recollects that initially they were criticised for not letting the tenant choose their roommates. “But it’s like a college hostel; you make friends. However, we do not have houses with both sexes living together,” he adds.

The Indian home rental industry itself seemed to have been waiting for a disruption. Ashwinder Raj Singh, CEO, JLLR (JLL Residential) says that compared to China or the US markets, there aren’t enough homes to cater to every strata of society in India.

“The real estate boom in China in past more than two decades has led to almost 90 percent of the population owning a home. Hence, the rental market over there is still evolving, and rentals are quite high given the quality of accommodation available. In America, the rental market is growing, as ownership becomes expensive, and the economy is still not healthy enough to attract buyers despite a substantial availability of residential projects,” Ashwinder explains.

'Why would I trust you with my house?' – This was the question Nestaway team had to answer while approaching house owners. “We had to address their concerns. So we did the data collection. Of course, owners have the option to reject, although not on unconstitutional terms,” Amarendra says.

To reassure them on the rent aspect, NestAway gives a ‘rental default guarantee’. “If the tenant is not paying you, we will pay you. (It is just insurance; tenants do pay.) If two months of deposit is not enough, we will pay the extra amount,” Amarendra says.

As a nest/abode away from home, this startup’s offering gained popularity in no time.Doctors, NRIs, software engineers, entrepreneurs, and retired professionals are among the house owners who have partnered with NestAway. The owners decide the rent, and generally, charge per person around Rs 7,000-Rs 8,000.

The agreements are all between the owner and the tenant. Additionally, foreseeing any spends on damage to the house, NestAway also provides the owners with insurance of up to Rs 1 crore.

“Our commission is a standard 12.5 percent of the total rent. More than 50 percent owners renovate with their own money – for about Rs 1 lakh,” Amarendra adds.

The startup has a huge team—500 members in all, catering to customers who are primarily in the 22-30 age category. The team is also constantly in touch with house owners. “Our 24/7 helpline activates a mitigation system as soon as they file a complaint,” Amarendra adds.

However, despite the dire need for such a service, NestAway had to disrupt what is probably the most difficult aspect: people's mindset. In a pluralistic country such as ours, discrimination in one form or another is common. Amarendra hopes these biases are soon rooted out. “Owners have to sign a policy with us – an oath to not discriminate. It shows the changing mindset,” he says. ‘Homes That Don’t Discriminate’, NestAway’s first integrated marketing campaign, is an attempt to resolve barriers and biases.

“We ensure that there are no restrictions like curfew. But some owners do not want tenants who smoke and cook meat. We allow some filtering,” he says.

NestAway has aligned with local real estate brokers to provide wary house owners with some level of comfort. “They are our affiliate partners; they get 2.5 percent from each house’s rent every month as income from us,” Amarendra says. If there is a request for service, brokers will get it done by their network of handymen.

Nestaway also runs a Facebook group called 'Nesties' for their community, where both owners and tenants can share photos etc.

Every early beginner has an advantage of building a cult. Karthik of IDG Ventures says that the path ahead for NestAway is continuing to build the supply of quality homes and providing great customer experience to keep up the momentum. “Profit will happen in business when an annuity is involved. Building more depth in the cities in which they are already present, as well as expanding to more Tier I and II cities will contribute to it,” he says, adding that global expansion is also possible as a high immigrant population in certain cities presents a business opportunity for long-term rentals. However, he warns that supply of houses may not be easily available in cities without a lot of movement.

After having launched in Mumbai recently, NestAway will start service in Chennai next. “The $43-million funding we received has been deployed in the expansion, building our network of affiliated partners, as well as improving our tech and products,” Amarendra adds, claiming that they are the first in India to allow a customer to book a house online. “We are already gross-margin-positive, making money in every transaction. Since repeat transaction is inbred into the product, break-even and profitability will soon follow,” he says.

NestAway’s competitors include real estate developers as well as startups like CoHo. But there is more than enough space for multiple players. As Ashwinder of JLLR says, with rising incomes, increased exposure to global practices and frequent movement across cities for employment, the Indian consumer is becoming more demanding of the value for money kind of deals. “The demand for rental homes with good infrastructure, quality interiors, attractive localities and such is rising where potential tenants are ready to pay a bit extra as well,” he says.

Although NestAway aims to gain one million tenants by 2020, they are staying away from hostels, service apartments, or homestays like Airbnb. “We just want to better our consumer experience by 2x every year. In the next six months, we will introduce digital locks for safety, and provide remote access to your maid or kids,” Amarendra says.

Karthik also recommends that such businesses are better off being less people-intensive by moving to automation and extensive technology. “Payments are now coming online, which means the inherent behaviour to use cash is coming down. This is a good sign,” he says.

NestAway being an investee of Tata Group Chairman Emeritus Ratan Tata, Amarendra’s dream is to become Tata’s contender. He quips, “In 2020, if there is a referendum; people should say that NestAway will become Tata one day.” That’s a dream indeed worth working hard for.

10 inspirational quotes that inspire you to face challenges without fear