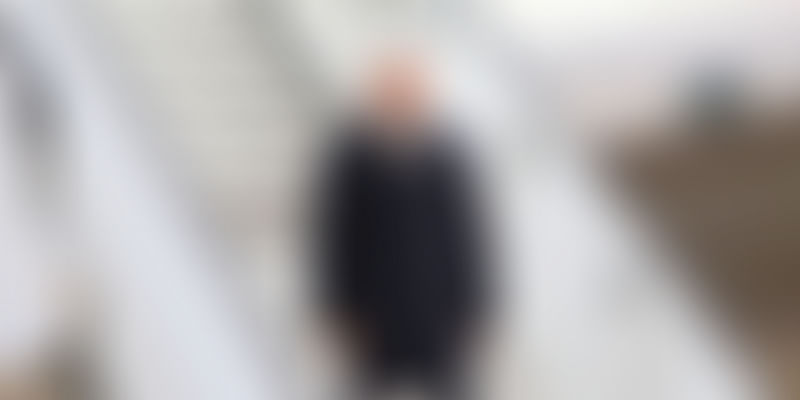 Though it is difficult to measure immediate gains, such foreign tours by the PM Modi enables the building of a brand India story. The government’s programmes such as Make in India, a larger share of exports, lobbying with the US for H1B visas which are under review and defence contracts to homegrown private players are among positives that are gained from such engagements.

Prime Minister Narendra Modi has so far visited 57 countries in less than three years since taking office. This week, he is off to Europe with a packed schedule across the continent. Most Indians, including his detractors, would want to know how his travels abroad have benefitted entrepreneurs or the domestic constituency back in India.

It is certainly good times as the government’s programmes articulated by the PM has caught the fancy of multinational corporations who want to increase their presence in India, latch on to the Make in India programme as well as those who are looking to expand businesses with their Indian partners.

While such tours are about building the brand India image and what the government has to offer in terms of policy changes, Indian entrepreneurs with world-class ideas have been able to showcase their talent and find serious partners and investors for their ideas.

Prime Ministers going abroad on official tours has been a practice from the Nehru years, and Modi is continuing the practice with a great panache.

“These tours are more focussed now on what the country wants to achieve,” says Shantanu Gupta, Founder and CEO, Yuva Foundation, a stakeholder whose foundation works with the government closely on such matters.

Gupta says earlier, prime ministerial tours were just to promote what the government wanted and to reassure its place in the world, but now, private industry is a large beneficiary and a major stakeholder.

“Modi has met up with top business heads abroad, especially those with disruptive ideas such as heads of Tesla, Uber, Facebook, Twitter, and others. Such meetings give a gung-ho feeling on both sides, especially the stakeholders and gives an idea that India wants them to be part of such meetups and their confidence in the country increases,” says Gupta.

“The Prime Minister works for brand India. The venture capitalists who meet him feel they have to fund people in India as the growth story is in this country. This is very good for our startup ecosystem as they get access to further funds,” he adds.

Another industry captain, who works closely with the PM’s idea of digitisation says when such delegations go abroad, there are a lot of positive outcomes. “We get involved in the engagement and the PMO follows it up as well. So, it’s not just the tour but a journey of engagement,” the entrepreneur, who does not want to be named, says.

The effect of such foreign tours is that a lot of forums such as the Indo-Japan Trade Forum and other trade forums and friendship societies across the country have suddenly become more active. “They also want to participate actively and lend new ideas especially in the last three years,” he says.

Today’s politicians are expected to deliver. This is the age of the CEO PM or CEO CM. “Modi is not your typical politician involved in scams. His digital connect is very strong and that shows,” adds Gupta.

Modi has visited 57 countries so far, including the just-completed tour to Sri Lanka. Some of his important foreign visits include the US, Japan, China, South Korea, Germany, Australia, and Nepal where doing business in India has been top of the agenda.

The Make in India idea has resonated in all these countries which see India as a large market but have been producing the FMCG goods they sell here abroad. Samsung was the first to catch on and advertise that its brand was “Make for India” in a campaign.

In the last two years, more MNCs have started manufacturing in India which includes electronic gadgets to metro rail coaches. Of course, the automotive industry too is strong in manufacturing here. In fact, General Motors, which sells Chevrolet brand of cars among others, last week announced that they would no longer sell in India but would continue to manufacture cars here and export them to other markets. The export of cars from the Hyundai Motors stable too has increased over the years, both of which speak volumes about the manufacturing prowess, which come from employing locals.

There is a large pie in the defence contracts too that are coming India’s way as the defence ministry is insisting on offsets, which means that local manufacturers get a chance to produce and large corporations get into joint ventures with Indian partners.

At a Make in India session on Aerospace and Defence in February in Bengaluru, various speakers echoed that India would play a large role globally in the future in this space. The SMEs and MSMEs with an abundance of human capital were the future as manufacturing in this sector would turn to India.

Chairman of Bharat Forge, Baba Kalyani, said the Make in India programme initiated by Prime Minister Modi was bearing fruit. “It means that India will be manufacturing four to five times more in the next few years,” he said.

Vindication also came from UK’s Minister for Defence Procurement, Harriett Baldwin, who said India would make for an ideal partner in defence and aerospace manufacturing and that such trade would make both countries prosper and secure.

Already, large Indian companies such as Reliance, Mahindra, Tata, and even lesser known companies are setting up defence units spurring manufacturing here. The government of Karnataka is also setting up an aerospace SEZ, a state government officer said.

The PM as CEO

While observers say that Modi has dispensed with the social baggage of his predecessors, his well-scripted meetings on his foreign visits have brought him and Indian business a lot of advantage.

This can only be compared to the charming Rajiv Gandhi, who was PM between 1984 and 1989, and came as a refreshing change. He was passionate about technology and openly embraced telecom and computers as the future of India.

Modi’s efforts to bridge the digital divide along with Indian startups has won him a lot of admiration from huge corporations which have pledged support to the India growth story. This goodwill has started percolating down to the manufacturing sector too as Apple has just started manufacturing its iconic phones now in Bengaluru through its Taiwanese manufacturing partner. “If not for the Make in India lead, I don’t think Apple would be manufacturing in India,” an Apple executive had told YourStory earlier.

Another issue that the government is focussing on currently is the H1B US visa issue. After Donald Trump took over as the President of the US, three bills seeking to reform the H1B visa programme were tabled in the US. One of the key changes proposed includes doubling the minimum salaries of H1B visa holders to US $130,000, a move that could possibly burn a hole in the pockets of many IT firms which use it to send thousands of professionals to the US each year at almost 55-60 percent of the proposed cut-off salary.

H1B is a type of visa issued to IT professionals to enable their companies to send people over to the US and service clients on site. Currently, every year only 85,000 H1B visas are issued by the US Citizenship and Immigration Services through a lottery system with an additional 20,000 made available for foreigners with advanced degrees from the US universities. Most top Indian IT companies get a large share of H1B visas as they flood consulates with applicants in the hope that the lottery system favours them.

In fact, after Modi’s US trip, Nasscom has stepped up its lobbying with Senate representatives there. In the latest declaration reports filed with the US Senate that was made public, it was revealed that NASSCOM paid Rs 1 core (US $ 150000) to its two registered lobbying firms in the first quarter of 2017 compared to US $ 1,10,000 that was paid every quarter for lobbying on immigration, tax, and trade matters last year.

Nasscom president R. Chandrashekhar has said H1B had become a political and emotive issue. He said,

“There is a yawning gap between facts and perception and Indian IT firms contribute immensely to the US economy and job creation.”

Commerce Minister Nirmala Sitharaman also responded sharply to the Trump administration seeking to cut the number of visas by stating that Indian IT companies create wealth and warned of similar measures in India too as there were a good number of US citizens working in India with various companies. She confidently said: “There is no need to get panic on the visa front. The lottery process is something I suppose they (the US) want to correct. The numbers are not something they are changing…the numbers will not come down,” she said clearly signalling that the Indian government had already engaged with the US on it.

Now, with the PM off to Germany, Russia, Spain, and France, he has already indicated that the topics that he would discuss complement his government's focus areas of development such as improving air connectivity, modernising railways and creating smart cities. "The roadmap of cooperation would be on trade and investment, security and counter-terrorism, urban infrastructure, railways, civil aviation, renewable energy and digital economy,” Modi said in a statement on the eve of his departure.

All this should enthuse industry back home and enhance opportunities for Indian entrepreneurs.