5 quotes that will help you relook at problems 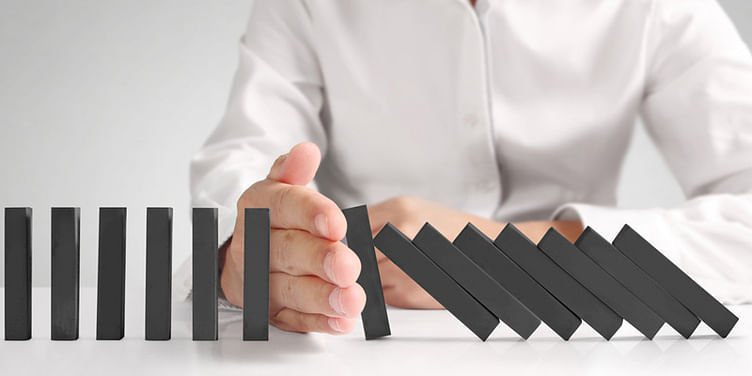 Life is not a problem to be solved, but a reality to be experienced” – Soren Kierkegaard, Philosopher

That above statement when understood in the light of true knowledge will remain unchallenged. But we are not living in the times of knowledge. We are living in times of all-encompassing ignorance. The time has indeed come for a paradigm shift in the nether regions of the brain. From group think, we must shift our focus to deep think and regain our lost sense of self. Many researchers of the past have given humanity tools to deal with changing times. Tools like the teachings of ancient mystery religions, books like fire in the minds of men (James H. Billington), 1984 by George Orwell, H. P. Blavatsky’s Isis Unveiled, Manly P. Hall’s Secret Teachings of the ages and many conceptual quotes.

In this article, we’ll try and understand the concepts behind quotes and how they can truly come in handy in times of confusion.

We cannot solve our problems with the same thinking we used when we created them” – Albert Einstein, Scientist

This is a life-changing quote. I say changing because, it will indeed transform the way you look at solving problems. The entire humanity is solving many problems today. But why is it then that despite continuous efforts, problems don’t seem to really go away? It is because we try to solve problems from the same mental state by which they got created in the first place. Problem creation is real and is the result of a mind that’s vibrating at a very low frequency. If you want to really solve a problem, you must elevate yourself to a higher perspective; develop the proverbial bird’s eye view if you will. This will help you see the larger picture. And when you see the larger picture, you will be able to see the dots which you couldn’t see before. In short, you can see the real causes and not just symptoms of the problem.

The first rule about problem solving is accepting that the problem, of whatever nature it may be, exists.

You cannot dodge bullets with hope, avenge murder with prayers, bring equality through external revolutions and make the world a liveable place by continuing to pay your taxes. Every problem is a living and breathing example of what’s wrong with our world. In order to solve anything at the micro and macro levels, we must first acknowledge that the problem is real and is not going to go away on its own. It must be faced, not just with guts but with the guiding light of true thoughts and emotions.

“All problems become smaller when you confront them instead of dodging them” – William F. Halsey

When we refrain from facing a problem, we simply delay its emotional and physical effects. Sometimes. If a problem remains untended and unacknowledged, it will become bigger and bigger. And so will our fear of it. However, if we stop and look into the problem objectively; it’ll shock us to see its real nature. What you thought of as a monster will turn out to be a dandelion – blown away easily with gentle reprimand.

More often than not, most of our problems are a beast of our own making. Such problems were referred to as the Golem by ancient Jewish mystics. When we try to ignore them, we are simply lacking in courage to take responsibility for our actions.

“Each problem that I solved became a rule, which served afterwards to solve other problems” – Rene Descartes, Philosopher

In other words, what the famous philosopher Descartes means is that you can learn with experience only when you are conscious of having an experience in the first place. When you take half-measures to solve a problem and say, it gets solved, you’ll not know which aspect of your approach worked to resolve it. When a similar or a more complex problem raises its head again, you’ll be in the same mental state as you were when you first solved it. In order to learn from your mistakes, we must first accept that a mistake has been made. Then driven by responsibility, you must take adequate measures in full awareness, to undo the mistake. This practise requires patience. And if you think of patience as a waste of time, problems will tail your shadow like vengeful ghosts.

“If you are unable to understand the cause of a problem, it is impossible to solve it” – Naoto Kan, Japanese Politician

There’s a reason for everything. There’s a cause that you are in this world and there’s cause for all the problems you have created for yourself (unconsciously and consciously). If you go through life without understanding its purpose for bringing you here, you’ll never really be alive. Similarly, if you fail to objectively see the cause of the problems in your life, you’ll indeed also fail to solve them permanently.

We have, as a species, begun looking at quotations as sanctioning authorities of our own ideas. Our inability or shall we say, utter unwillingness to see the meaning that lies hidden behind these quotes, has turned us all into ships without captains. We are drifting along the shores of life aimlessly, conscious only of our fear of the deep waters and not of the light that is to be found in such profound depth. It’s important that we re-look at the world of quotes in order to benefit from their true meaning.